Sofitel Legend The Grand Amsterdam offers five-star luxury in a unique historical ambiance. The heritage and luxury of this opulent landmark will charm all who visit. Furnished with French elegance and grandeur, the hotel welcomes a variety of visitors, from the trendy Amsterdam elite to famous international movie stars. Over the course of the centuries, The Grand has welcomed the most Legendary guests and acquired tremendous fame for their Legendary services.
LEGENDARY GUESTS

In 1411, the building of The Grand began life as a convent. In 1578, after the Reformation, Protestantism was adopted as the official religion of Holland and convents were confiscated as city property. The St. Cecilia Convent was transformed into a hotel for ‘Princen en Groote Heeren’ (Princes and Gentlemen of Standing), the elegant guests of the city authorities. It was renamed Princenhof (Court of Princes), which the Prinsenhofssteeg (Court of Princes Alley) on the north side of the building still alludes to. Renowned guests at Princenhof included the Prince of Orange William the Silent (in 1581) and his sons and successors Prince Maurits and Prince Frederik Hendrik. French Queen Maria de Medici stayed at The Grand in 1632 and Dutch admiral Michiel de Ruyter in 1665.

From 1808 until 1988, The Grand functioned as the City Hall of Amsterdam, were all marriages officially had to take place. Over the past centuries, a large number of bridal couples have said yes at this historical venue, among which several Legendary guests. One of the most memorable marriages in the history of The Grand is the wedding ceremony of the former Queen of The Netherlands, Princess Beatrix, in the legendary Council Chamber in 1966. Former soccer icons Johan Cruijf, Louis van Gaal, movie director/art painter Jeroen Krabbé and many more celebrities have followed since.

Luxury is not merely a case of material comfort, it also encompasses the human factor; ‘savoir-faire’ and ‘savoir-être’ (expertise and etiquette). The Ambassadors of Sofitel Legend The Grand Amsterdam are truly passionate about their profession, and they bring a ray of sunshine to everyday life and place their considerable talents at the Legendary service of their guests. Butler Service is provided to guests staying in one of the 52 spacious suites. The passionate butlers offer exclusive services, such as preparing the suite according to the wishes of the guest, personalised rooming, (un)packing of suitcases, and presenting pillow menus and bath rituals. The butler provides a unique and direct line between the guest and the hotel services offered, such as rentals of cars, laundry service and shoe polishing, reservations in restaurants, excursions and anything else to make the stay at The Grand the most comfortable and as memorable as possible. The dedicated Concierge team of The Grand are at your service to assist with restaurant reservations, cultural activities, city suggestions or any other requests to optimize the comfort of your stay at The Grand. Five Concierges of the Concierge team are recognized by Les Clefs d’Or. Became curious about the history of The Grand? Discover the rich history of The Grand by taking a private tour, especially organised for hotel guests. Learn all about the history; from a 15th-century convent to royal lodgings, to the headquarters of the admiralty to the city hall of Amsterdam. 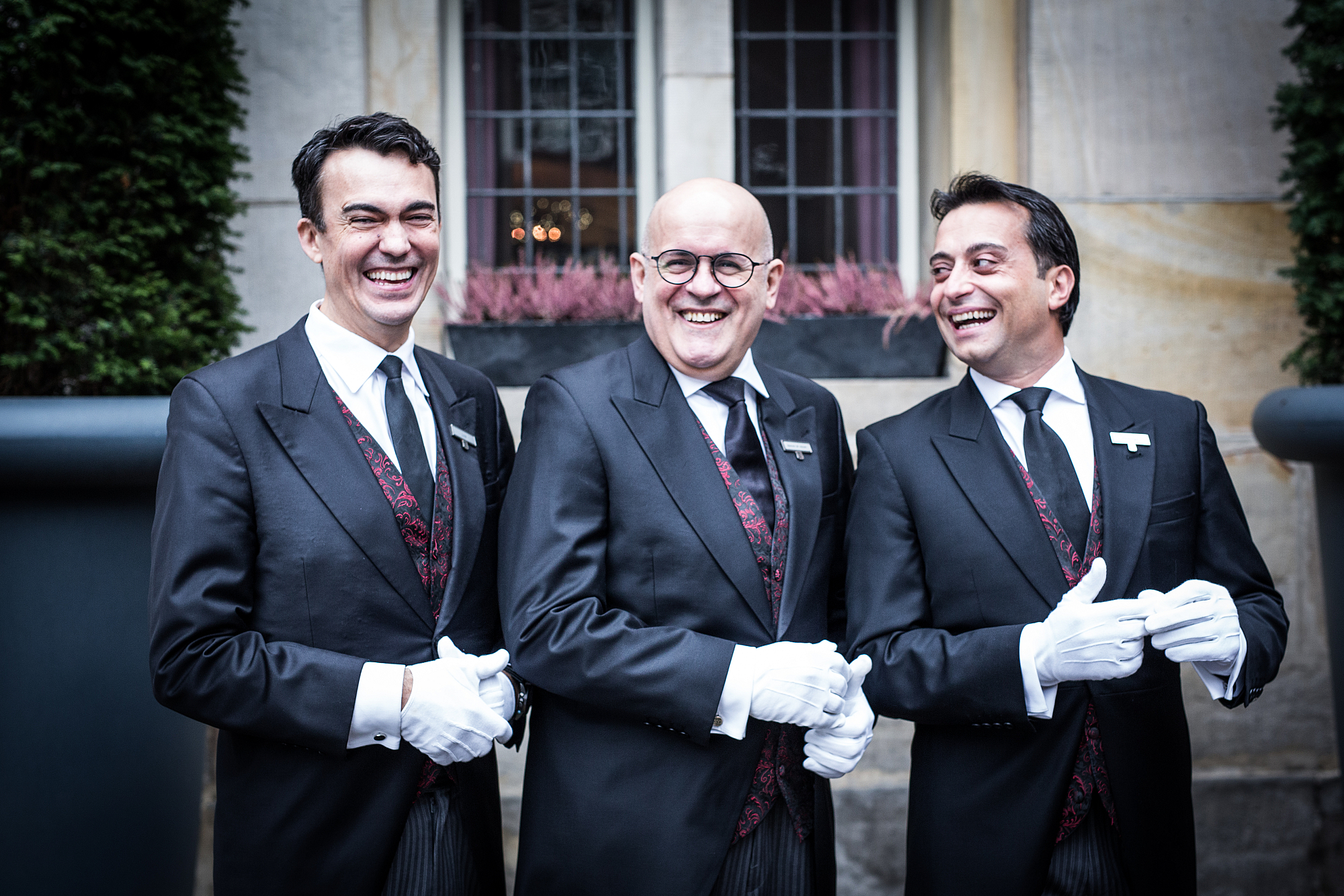