For the combination of high-performance engine in the skin of an SUV opened up an entirely new market segment.
The dynamic-expressive styling of the GLC Coupé concept was a centre of attention at its world premiere in 2015 in Shanghai. It unites the typical stylistic elements of a coupé with the design language of current SUV models. Just one year later, this promise has become a reality: the new GLC Coupé translates the design idiom of the show car, with its distinctive basic structure and stretched greenhouse, virtually unchanged into series production. At the same time, the sports car among Mercedes-Benz's mid?size SUVs impresses with its brand-typical safety, modern assistance systems and an especially sporty-dynamic character. The as-standard sports suspension as well as more direct sports steering, DYNAMIC SELECT and 4MATIC permanent all-wheel drive with 9G-TRONIC nine-speed automatic transmission combine effortlessly superior ride comfort with decidedly sporty agility. 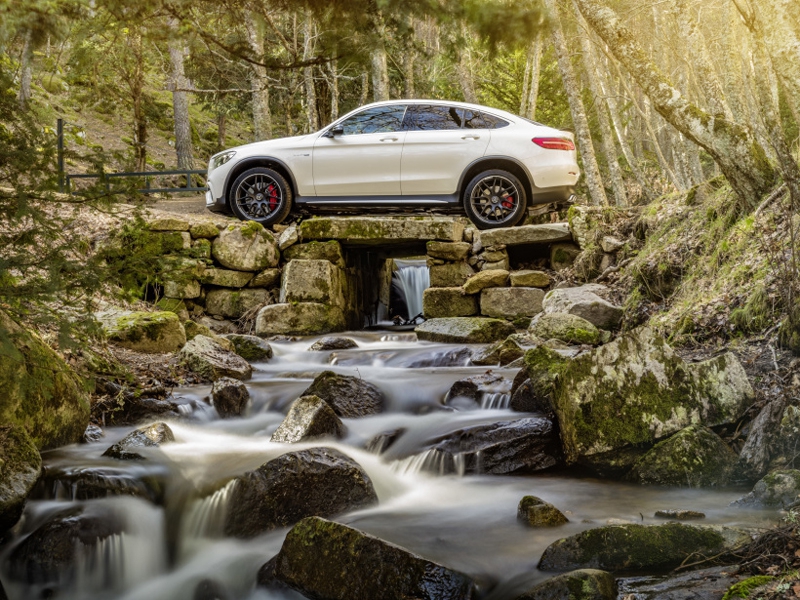 The combination of multifunctional SUV and emotively appealing coupé constitutes a skilful fusion of emotion and intelligence. With an exterior length of 4.73 metres, a height of 1.60 metres and a wheelbase of 2.87 metres, the GLC Coupé is dynamic and compact in appearance. This makes the Coupé almost eight centimetres longer and some four centimetres lower than the multi-talented GLC, with which it shares its basic architecture. The GLC Coupé owes its distinct character to a typically coupé-esque, single-louvred diamond radiator grille and a restyled, dropping roofline. The A-pillar is less steeply raked, while the continuation of the roof outline is lower, terminating in the elegantly flowing, muscular rear end typical of a coupé. The rear window dispenses with a wiper, as the airflow does not break away until after the spoiler lip, which means that water is unable to strike the rear window. 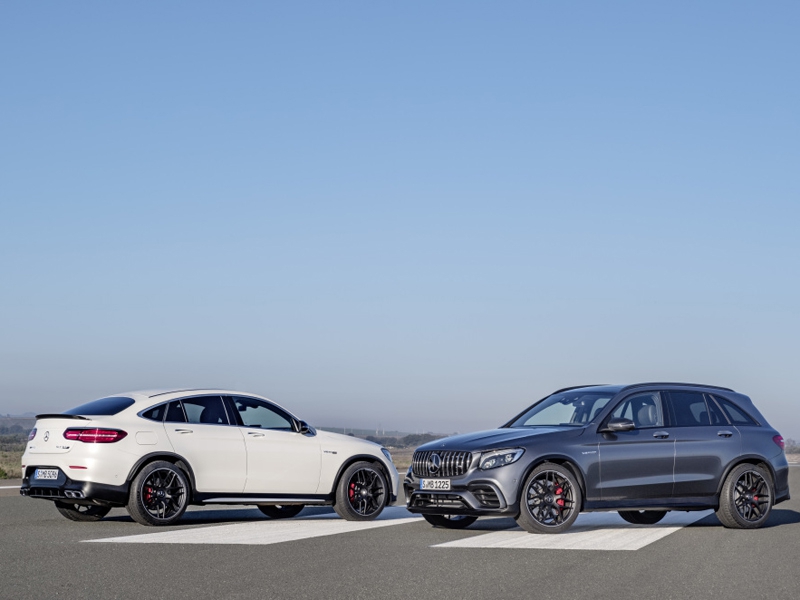 The perfection with which the intrinsically opposed design worlds of coupé and SUV have been brought into harmony is revealed by the side view of the 1.60-metre-high GLC Coupé with its typical, stretched roofline of a sports coupé. The squat greenhouse blends in perfectly with the side of the vehicle to underline its coupé character. The interplay between high beltline and wide shoulders results in proportions that lend the GLC Coupé its dynamic looks. This interaction is given added emphasis by the drawn-in waist between the dropping line and the lower, rearwards ascending light-catching contour. 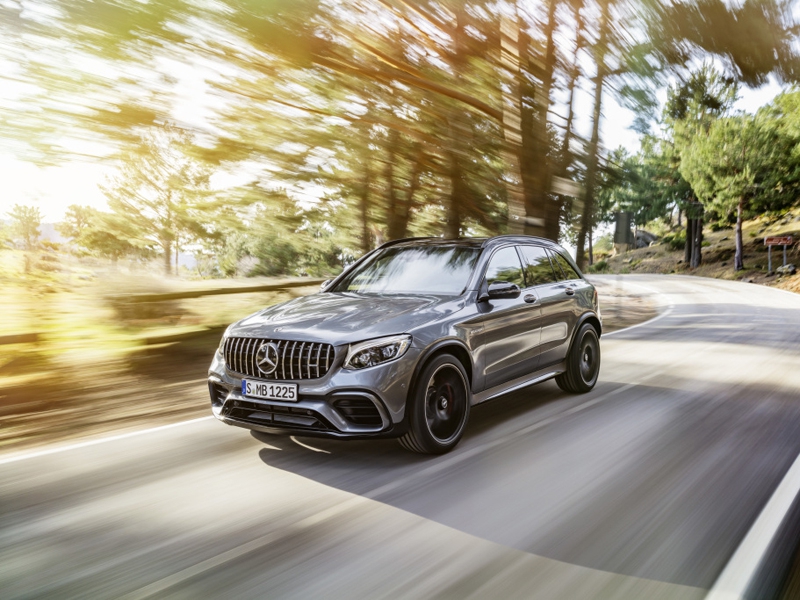 Interior with typical coupé flair and high-grade ambience
Following the exterior design philosophy, the interior welcomes the occupants with typical coupé flair and a high-grade ambience. The design idiom combines sensual purity with dynamic sportiness while embodying a convincing interpretation of modern luxury. Distinctive stylistic elements of the GLC Coupé are the dashboard and the centre console with its flowing lines, a large, one-piece console panel making an elegant sweep below the semi-integrated media display from the centre air vents to the armrest. These clear lines give a feeling of spaciousness while conveying a puristic modernity.

The optionally available AMG Line Interior provides a clear commitment to even greater dynamism and sportiness. This package includes, for example, sports seats with upholstery in ARTICO man-made leather/DINAMICA microfibre with the option of sports seats with bi-colour look leather upholstery.