I was born to race and win

When we first interviewed Lewis Hamilton for a Style story about bright young things in 2003, he was driving a Mini. He had the air of the well-behaved schoolboy about him, trying to keep his sponsor’s watch in frame while being shot next to Dizzee Rascal and Lily Cole, looking like it was all a bit much for him, frankly.
Fast-forward to 2017 and the three-time Formula One world champion now bombs around the globe between his homes in Monaco and Colorado in a private jet, yet the 32-year-old from Stevenage remains something of a mystery.

Of course, I assumed the mystery was that he was a bit of a grump. Or perhaps just boring. He’s had a funny time with the press in the past, probably because he is shy and does a job that means you can’t see his face while he’s doing it. Also, he’s been maniacally focused on a single goal for his entire life, so he’s barely had a moment to work out who he is, I think, as I pitch up at the Mercedes F1 headquarters near Brackley in Northamptonshire. Twilight falls as I’m golf-buggied over to a gleaming grey building and escorted up to a glass-walled conference room to wait. How will he have changed? 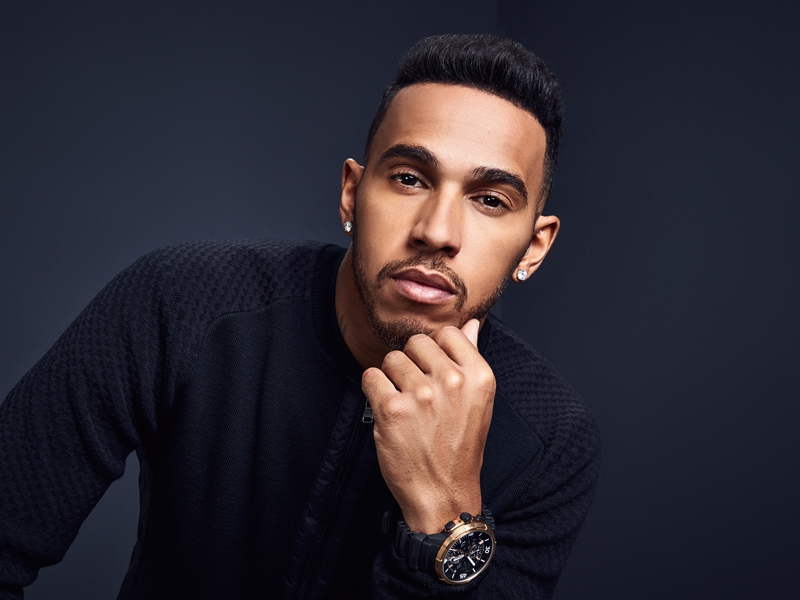 It bodes well when he rocks into the room bursting with energy and dressed like an off-duty Kanye in washed-out jeans, thick-knit beige sweater and baseball cap. Much has been written about the Hamilton handshake and I can confirm it is world-class, so weirdly firm it sends a jolt of electricity through you. He remembers the last time he was in these pages as a kid.

“With Dizzee? Jeez, wow.” You were so business-minded even then, I say. “I think I’ve always been like that. We spoke all those years ago about where I’d come from and what we came through. It’s a dream for any young kid.” And it came true. An 800-strong team of engineers and support staff toils away outside this conference room to keep his and his teammate’s cars race-ready. “It just shows you can.”

But don’t mistake his body full of tattoos as Harry Stylesesque scribblings. He’s also a devout Christian, with an angel and Mary and Jesus on his arms, and a giant crucifix on his back. Any trendiness is mostly coincidental. Do you even like shopping, I ask. 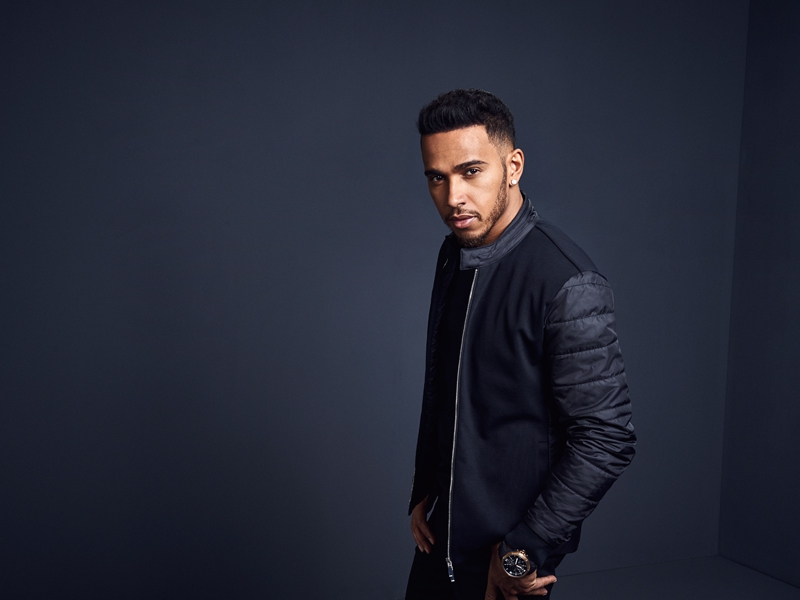 What’s been your biggest indulgence on the fashion front, then? “Jewels,  chains,” he replies instantly. “I’ve got a diamond chain. I’ve got very expensive
taste as I like real quality.” What’s the most you’ve ever spent? “I don’t want to say,” he says, “but it’s not so good when I’m buying stuff for other people because it costs me a lot of money.”

He has a particular predilection for acquiring Frederic Remington sculptures for his home in the States and gets his ideas from the stacks of consumer mags he reads while flying. “The magazine pack might cost £60 or £70,” he winces.

His yearly earnings are a reported £40m, but a bit of bling and a few boy’s toys aside — OK, quite a few, including a private jet — his ideal evening is staying in with food, family and something good on telly. “That’s what I love doing. I want to put my feet up and watch Sky. I get on my plane and every time I’m like, ‘This is amazing,’ but everyone knows money doesn’t buy happiness. It helps in some things, but ultimately we’re all human beings, and whether it’s me or Angelina Jolie and Brad Pitt, everyone goes through the same relationship issues, insecurities, ups and downs, good and bad days or waking up feeling crap about something. Everyone goes through it.” 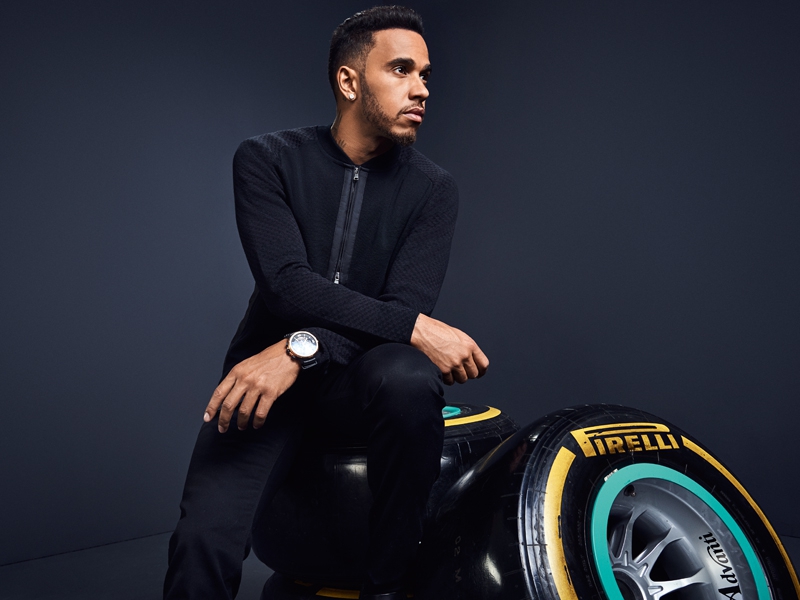 “I went there in 2008 and came second to a great athlete [Chris Hoy],” he says. Does it bother you that the press assume you won’t get it, that you’re more respected than liked? “I just won the world championship, man! Anything from now on is a bonus,” he says cheerfully. “I hope, over time, I can connect with more people in the light that my family get to see me and I can spend time with family.”

He’s not doing that any more. He tackles grumbles about his overseas residency head-on. “People moan and say, ‘He doesn’t live in the country, but he’s happy to raise the flag.’ It doesn’t matter what country you live in. I was born here, man.” But it’s the tax thing, isn’t it? “What people don’t realise is that I pay tax here, but I don’t earn all my money here. I race in 19 different countries, so I earn my money in 20 different places and I pay tax in several different places, and I pay a lot here as well. I am contributing to the country and, not only that, I help to keep a team of more than 1,000 people employed. I’m a part of a much bigger picture.”

He delivers this speech with an even tone and a smile. Honestly, he’s a legit nice guy who, if anything, seems less a money-grabbing weasel than a young man with a decent financial adviser who is prone to the occasional Alan Partridgeism. Can we forgive him this? 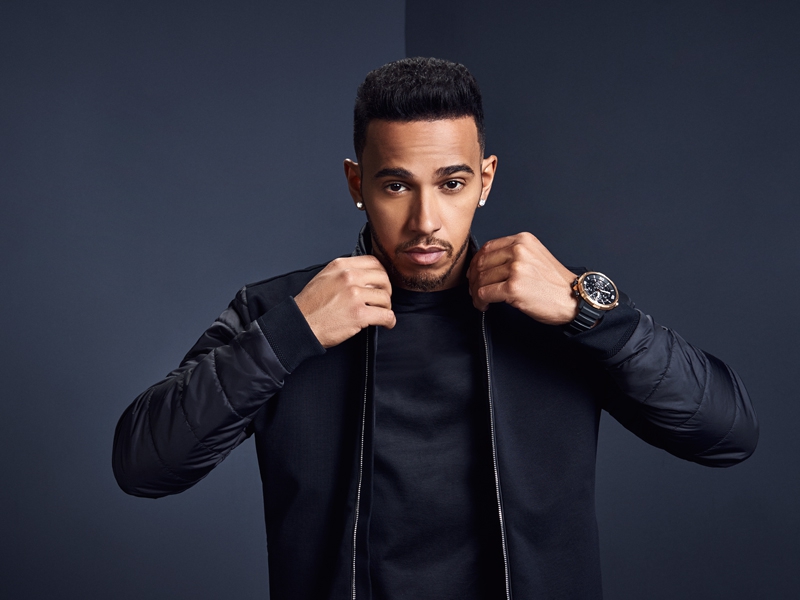 It was only 15 years ago that life looked very different. The story is well told: growing up on a council estate in Stevenage with divorced parents, the second he sat behind the wheel of a go-kart on a family holiday, aged five, he instantly developed a braking technique that he used throughout his junior career. “You can’t imagine how much time my dad and stepmum gave me. I can’t even fathom it. Without that I wouldn’t be racing today. It took their life savings and much, much more. My stepmum could never go out and buy new clothes.” Did you ever feel guilty? “I was never led to feel that way. It was done with love,” he says.

In the past, he’s had a tricky reputation. Jackie Stewart once warned him not to “get carried away with your own importance, your own celebrity”. “One thing for sure is Jackie Stewart has no idea about me,” he says calmly. “He’s spent time talking to me, but he’s never sat and spoken to me to see who I am. I hope when I’m gone from Formula One, I want to be encouraging youngsters, not talking about drivers to get a headline. When you hear people talking negatively about you, that’s not a good feeling. I never want to be like that.

“You want to know things I don’t do well? Sometimes I’m not that patient. I don’t like traffic. I don’t like wasting time. But I love having fun, and I want people around me to have fun. I like to take my friends places that they never would have potentially experienced.”

He calls his home in the States what? “The Mega Zone”, and he’s bought all the toys. First up, there’s a recording studio where he spends much of his free time. He sings and plays the guitar and might even release a few tracks one day. “Obviously, because I’ve been with Nicole (his ex-girlfriend), I’ve seen the work that goes in first hand and how difficult the business is. For me, it’s very therapeutic. Instead of going out drinking at a club, I like to be in the studio,” he says, adding he would donate proceeds of any future career to charity. Then there are his “six snowmobiles, six quad bikes and a couple of dune buggies”.