meet for a Match of Friendship in Dubai

A fusion between great football and breath-taking scenery for a Football Match of Friendship
On March 21, with 85 days to go before the first match of the 2018 FIFA World Cup™ kicks off, Hublot brought together friends of the brand to celebrate the beautiful game of football in a Match of Friendship during Baselworld 2018. Now, with 60 days to go before the 2018 FIFAWorld Cup™, the brand joined hands with its UAE partner Ahmed Seddiqi & Sons to bring together friends of the brand and regional football players for a return game after the tie score at Basel Two one-off teams for an encounter that all football fans could have only dreamed of. 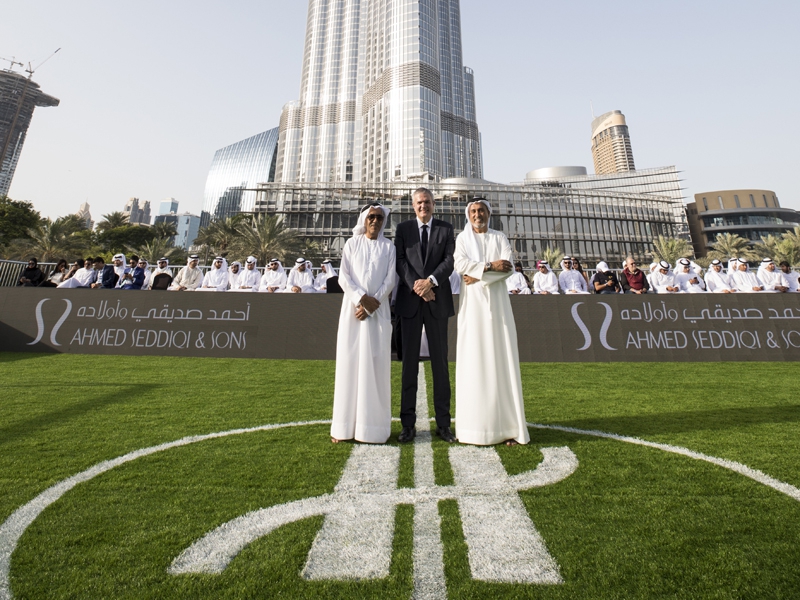 True to its motto “First, Unique, Different”, Hublot invited Brand Ambassador Pelé to coach his first football team in Dubai, for this game held at the Dubai Opera Hanging Garden which saw action for the first time since their inauguration. Friend of the Brand, Marcello Lippi, managed the opposing team. The match time was kept by the newly launched Big Bang Referee 2018 FIFA World Cup Russia™ smart watch. There are some sporting moments in history that live on forever and Hublot knows better than anybody how to create these moments! 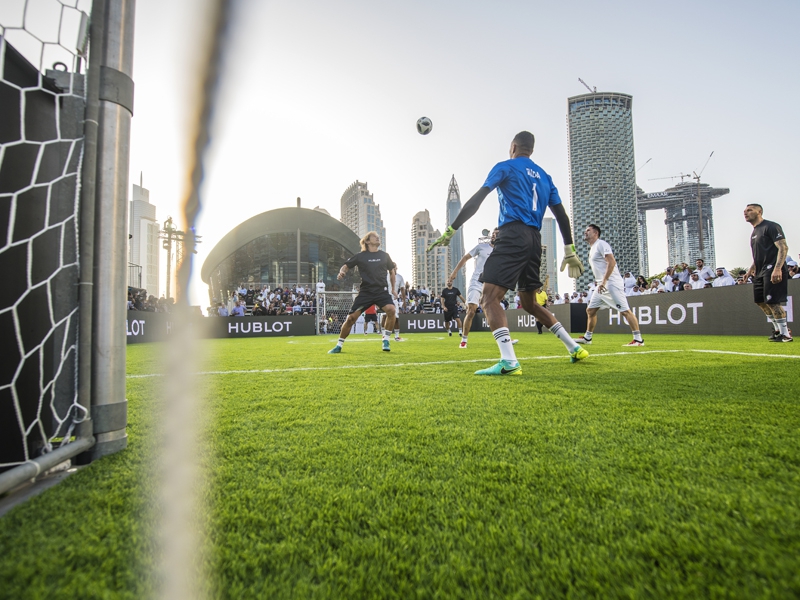 The Dubai Opera Hanging Garden turned into a football pitch

After the gardens of the Palais Royal in Paris and Hall 4 at Baselworld, it was at the feet of the world’s tallest building -Burj Khalifa- and overlooking the world’s biggest fountain, The Dubai Mall Fountain, that the Swiss watchmaker blew the whistle to start the special game held in this original location. 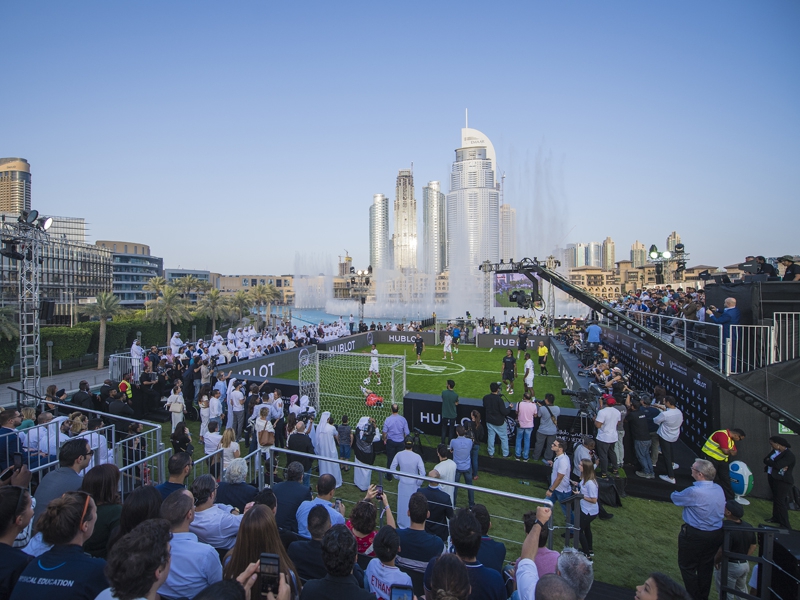 “We are happy to kick off here in Dubai, the countdown to this summer’s tournament. We share with Hublot and our customers a passion for both watches and football, and this is a great way to unite those two worlds,” shared Abdul Hamied Seddiqi, Vice Chairman, Seddiqi Holding.

Hublot infused Dubai, the players and the public with a passion for real sport, the beautiful game that unites us all. The format for a legendary game bringing together stars from the world of football and famous regional football veterans, under legendary coaches Pelé and Marcello Lippi. 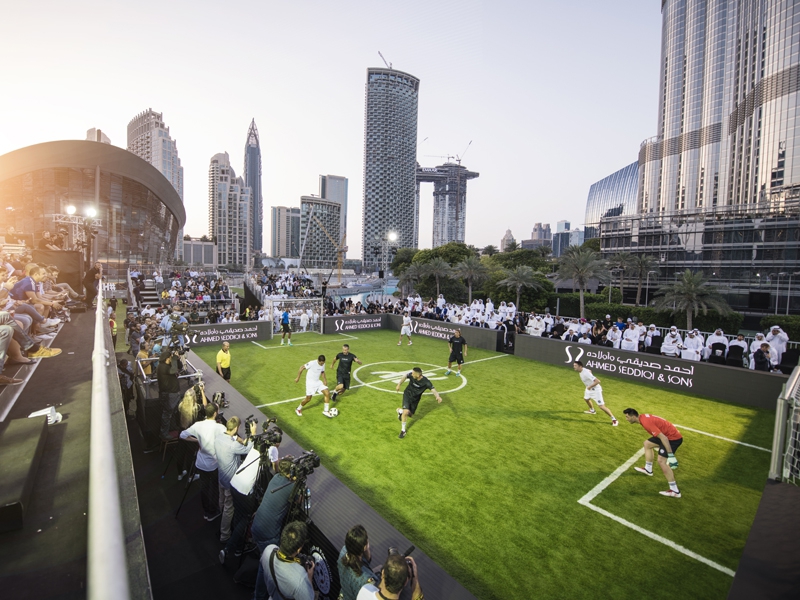 “People in the region, just as all over the world, love football. It is a sport that brings everyone together. We try to apply Hublot’s Art of Fusion motto in everything we do, and we have succeeded in doing so with the Match of Friendship in Dubai, where we teamed up football legends who had never competed against each other in that formation. We are as thrilled as our customers to have lived this unique experience which was infused with FIFA World Cup fever,” said David Tedeschi, Regional Director Hublot Middle East & Africa. 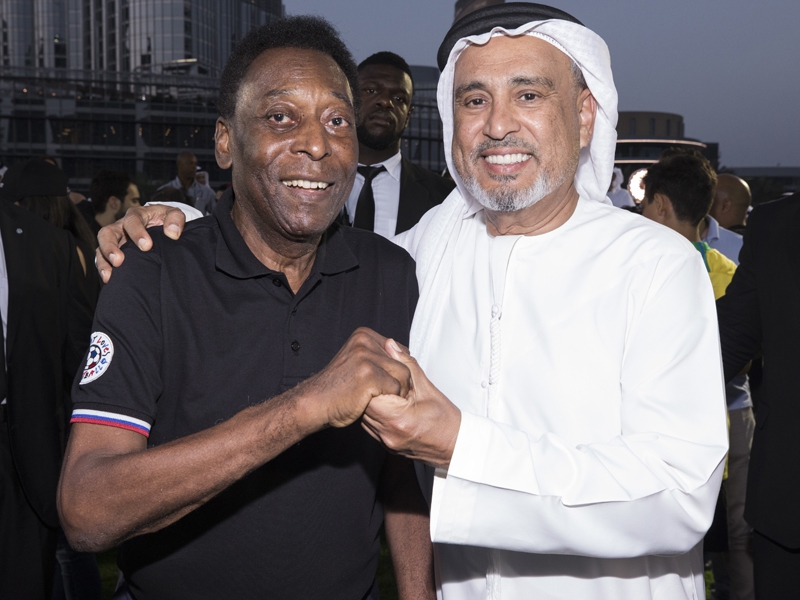 Everything was in place, from the 4th official’s panel to the recently unveiled Big Bang Referee 2018 FIFA World Cup RussiaTM watch that gave a live demonstration of its functions. Hublot’s smart technology gave the referee notifications from Goal Line Technology live throughout this Match of Friendship, just as it will during the 2018FIFA World CupTM. 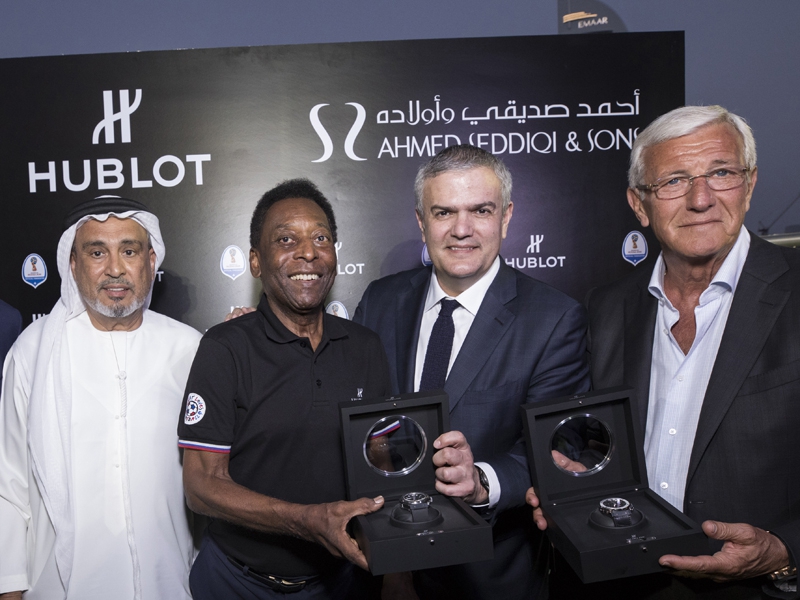 Prior to the big kick-off, the crowd was surprised byskydivers sporting the UAE flag as well as the Hublot and Ahmed Seddiqi & Sons emblems appearing in the sky. The trio performed daredevil aerial routines before landing by the football pitch. 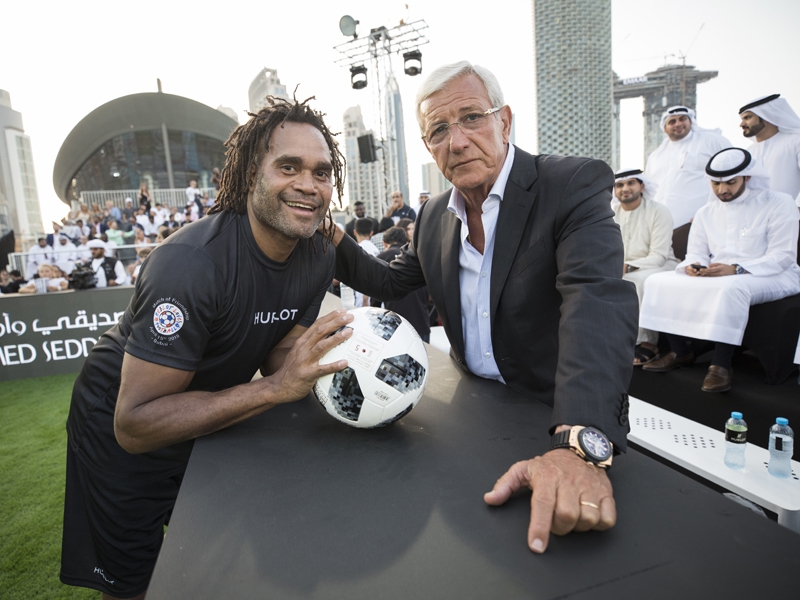 According to protocol, the two teams exchanged pennants at the start of the game. Going beyond pure ritual, this was a symbol of a friendly game held under the banner of friendship. At half-time, a freestyle football demonstration confirmed that anything can be done with a football.

At the end of the game, the spirit and contagious energy of football was kept alive at a stadium-fever inspired cocktail reception at the same iconic location, where guests mingled with the players and met some of their favourite football figures. The unforgettable evening was followed by a private dinner at Sean Connolly, with the Hublot and Ahmed Seddiqi & Sons teams, the players and friends. 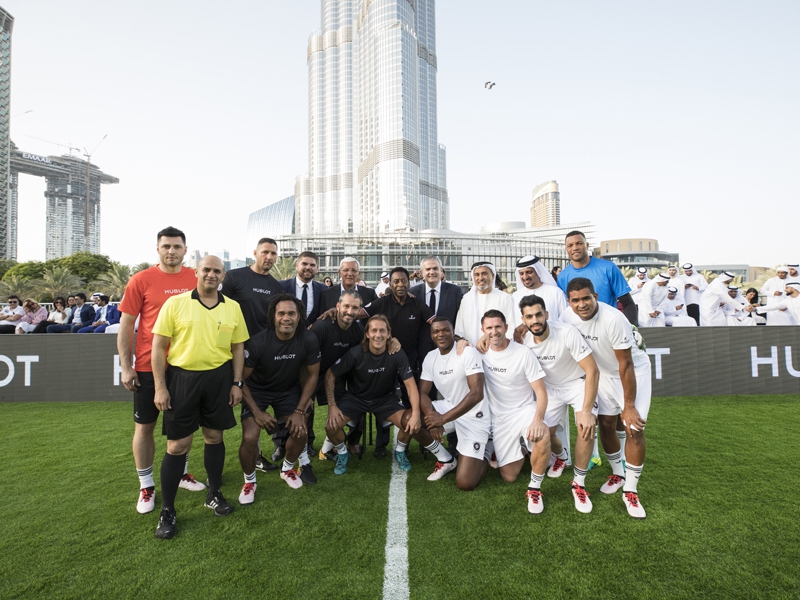 Once again, Hublot is the master of football.