The journey from pens to watches

Despite German brand Montblanc being over 100 years old, it is a recent maker of timepieces. From 1909, the company made fountain pens and later, leather accessories from its bases in Hamburg and Offenbach – it was originally never conceived as a watch brand.
The brand, named after Europe’s highest peak, because of its technical excellence and highest level of craftsmanship, has always been obsessive about getting the small details absolutely perfect. For example every fountain pen nib from 1929 has been inscribed with 4,810 – the height in metres of Mont Blanc when it was measured at the time. Over the 20th century Montblanc pens were the most expensive, celebrated and famous in the world, synonymous with elegance, taste and luxury. The Meisterstück Solitaire Royal was set with 4,810 diamonds by hand and became the world’s most expensive fountain pen in the 1990s. 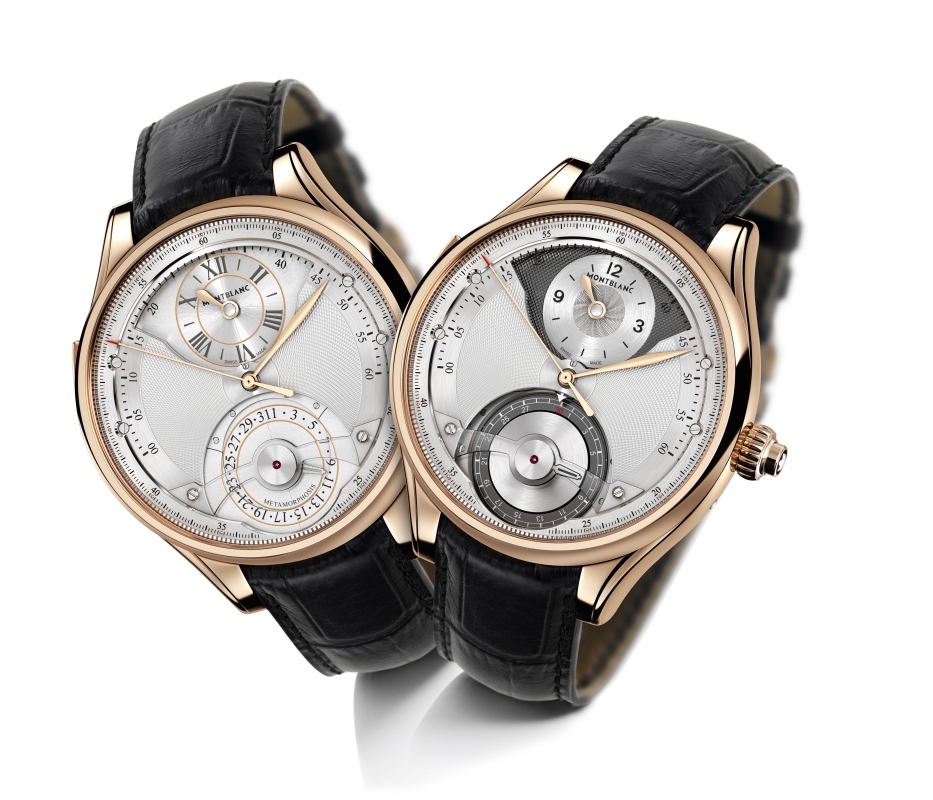 After being taken over by Richemont in the late 80s (owner of other high class artisan brands such as Carter and Van Cleef & Arpels), Montblanc opened its first timepiece workshop, Montblanc Montre in Le Locle, Switzerland in 1997. The first edition of watches, the Meisterstück watch collection, was debuted at the
Salon International de la Haute Horlogerie that same year. Since then the brand has been on critics’ and collectors’ must-have lists.

The first Meisterstück collection (named after the white star used as the company logo) had the same technical excellence as the brand’s first fountain pen and was inspired by the brand’s heritage under the watchful eye of master craftsman Thierry Pellaton, a fourth generation watch maker who still works with Montblanc today. The dials of the first collection had the same deep black colour as the pens and the typeface echoed back to decades of penmanship. The state of the art atelier in Switzerland also drew on the vast local knowledge of horologie, watches have been made there since the early 18th century. 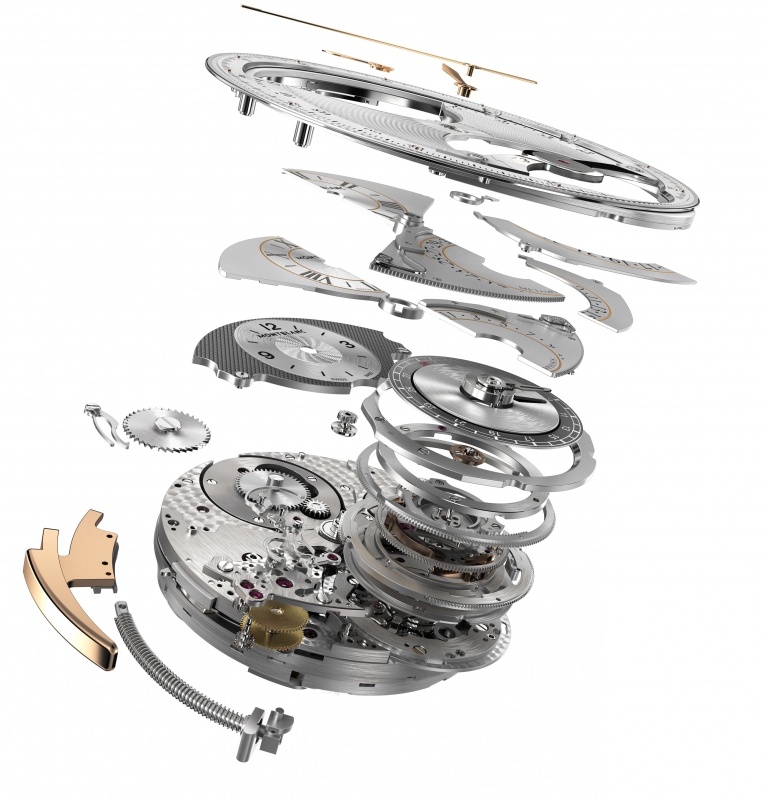 Despite industry critics wary of a pen manufacturer making watches, the brand became a fully-fledged manufacturer in 2006, just nine years after debuting the first collection. The next year, in 2007, Montblanc established the Institut Minerva de Recherche en Haute Horologerie in Villeret, Switzerland. Minerva is famous for having a 150 year tradition of creating exceptional handmade movements.

Montblanc immediately benefitted from this, at SIHH (Salon International de la Haute Horologie) the next year it debuted the MB R100 calibre, the first movement manufactured entirely in its own workshops. Its first chronograph, the Nicolas Rieussec Monopusher Chronograph was named after the stopwatch’s inventor, who worked in Minerva. 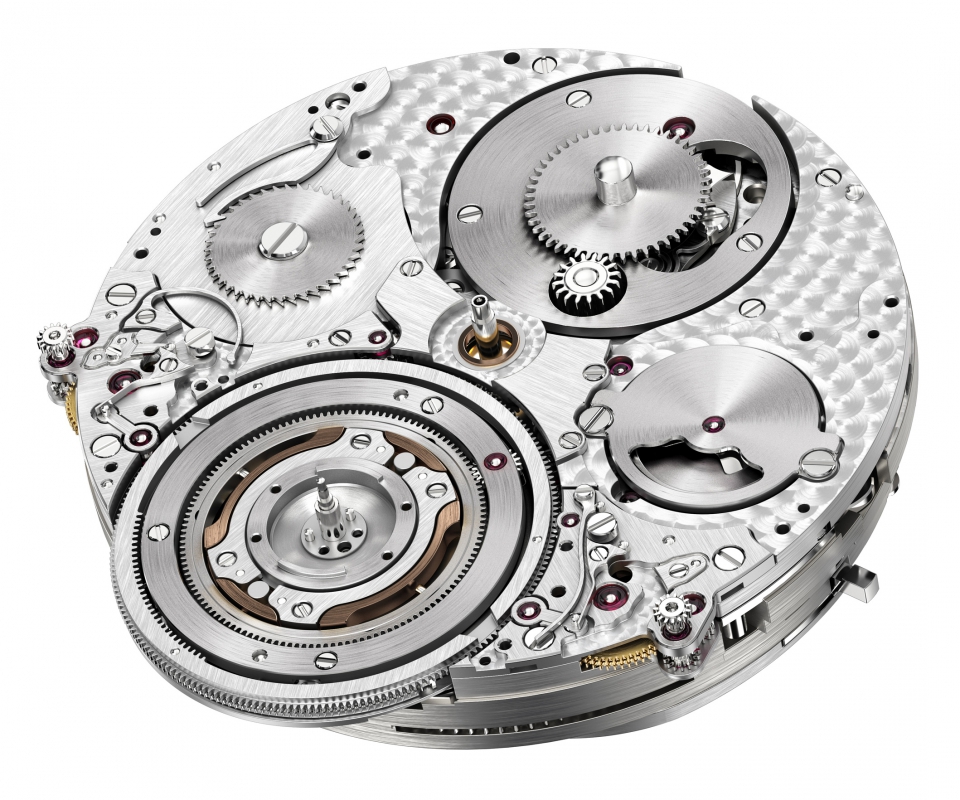 Minerva was also the site of the first chronograph to measure time to the nearest hundredth of a second in 1936. This breakthrough inspired the latest 41mm Montblanc Heritage Pulsograph, which is graduated up to 30 beats along the dial’s outer edge and made of blue steel in an 18K red gold case.

Never standing still Montblanc unveiled new standards in watchmaking in 2010 with the Metamorphosis, as a dedication to the ingenuity of Swiss master craftsmanship. A revolutionary design that involved 50 individual components, it allows the watch to transform from one of two faces, making Montblanc the first brand to achieve such a thing, just four years after beginning the commercial manufacturing of watches.

Its Swiss workshops are dedicated to ensuring the highest levels of excellence and quality for which they’ve become known for over the last couple of centuries. They create timepieces that champion precision, creativity and durability and help us appreciate the value of that which we cannot get back, time. Limited editions such as the Montblanc Collection Villeret 1858 help protect this high level of artisan skill, so that the horologists can oversee every piece and assure every one is perfect before it finds a loving home.

Only a few ateliers in the world know how to produce the balance-springs of a luxury watch, but Montblanc is among those. The master watchmakers make each balance spring themselves, measuring the length by hand, as they have done for hundreds of years. Each component is chamfered by hand, wheels are polished and ornamented individually with painstaking precision and expertise. 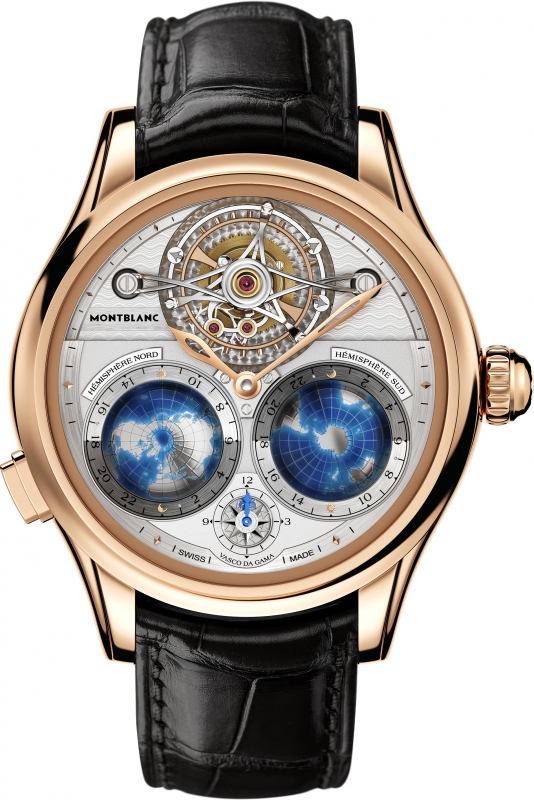 But it doesn’t stop once each piece has been put together. One of the watches’ quality tests at Montblanc lasts 500 hours to simulate the first year lifecycle of a watch. Every movement is tested in immense detail, in a precise laboratory to echo the environment of its future owner, guaranteeing that each piece will be a lifelong companion.

As well as making watches, Montblanc’s Institut is there to record for posterity the incredible craftsmanship the experts accrue in creating almost every micro-movement by hand. Montblanc safeguards and invests in this heritage, working and adapting it to suit new innovative technologies to create a distinct legacy and healthy future for traditional watchmaking.

Watch buyers also get to influence Montblanc’s direction. The Haute Horlogerie Manufacture in Villeret likes to think of each watch telling a story. The “Créations Privées” department creates individual pieces that reflect your personality. From enamelling dials to mother of pearl marquetry inlays, the watch takes on its own narrative, and then goes to the jeweller who can adorn it with gems and jewels, to match your passions. And the horologists love a challenge – the development of new complications or boundary pushing personalisation means their skills are constantly kept cutting edge. 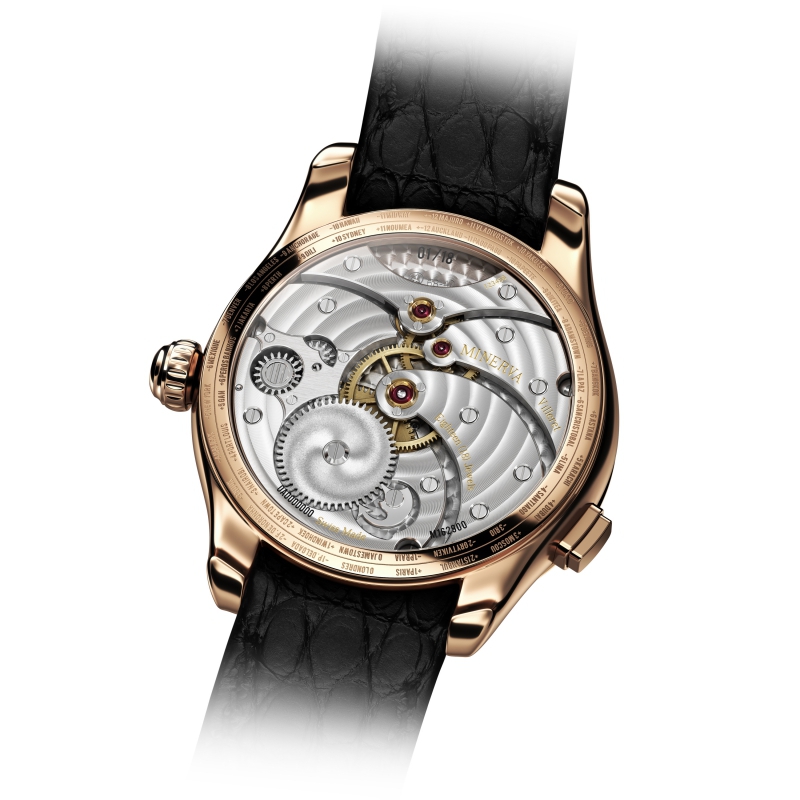 In 2015, Montblanc’s range now covers graceful perpetual calendars and steel bracelet-ed Date Automatic timepieces plus feminine, diamond studded collections for women. But no matter how diversified the modern collections are, the same tenets run through them, tradition, elegance and this notion that each piece is only part of the Montblanc story, that will stretch for generations to come.