Lewis Hamilton cups his hands together and grins. `I want to be great with all things together,' he says. `I want to have the cake and I want to eat it.'
THE PRIZE

Silverstone is shrouded in grey. Out on the track Nico Rosberg's car sends up plumes of water as it buzzes past. Hamilton sits at a table in the British Racing Drivers' Club watching his team mate practice. Around him the walls are decorated with honour boards on which are inscribed the names of British motor racing royalty, Stewart, Clark, Hill and Hill. Trophy cabinets display a grand collection of silverware. Hamilton likes trophies — part of his deal at Mercedes allows him to keep any trophies he collects rather than them becoming the property of the team. He wants to add to a collection that he estimates stands at more than 500 from the days when he first slipped into a kart and began racing.

They currently occupy his father's loft, packed in boxes, the replica World Championship trophy stored alongside those he won as a teenage tearaway from Stevenage. Hamilton is talking about what having those trophies can bestow — and how many of them, in particular the World Championship replicas, it takes to earn universal acknowledgement as one of the greats of his sport.

It's put to him that Stirling Moss never won a world title yet his standing as part of the pantheon goes unquestioned. `Yeeeah,' says Hamilton, drawing out the word as he considers the point, `but that's not what I want to be.' Would he see himself as worthy of elevation into those subjective ranks if he fails to win another world title? `I wouldn't. I want to win World Championships.  I don't know the key to greatness,' continues Hamilton. `When I think about greatness I just know Ayrton Senna. He was great. The stories you would hear of him walking into a room, the aura he would have, the way people perceived him, the way he drove, that inspired people, inspired a nation. That's greatness and that's a dream for any driver to achieve. But it is a different era and I'm not Ayrton Senna, I'm not like any of the other drivers. I am different, I have my own personality and I hope there is still a possibility of greatness within that.'

Hamilton is 29, no longer the bright young thing of Formula One. It is six years since that stunning debut season, five years since that solitary world crown was placed on his head. After 13 years' service to McLaren his shock move to Mercedes caught the public attention and his start at the manufacturer has been decent yet unspectacular. Nobody seems to know quite what to expect, not even Hamilton himself. `We exist to win but we have to be realistic,' he says of ambitions for the season. `We don't know where we stand.' 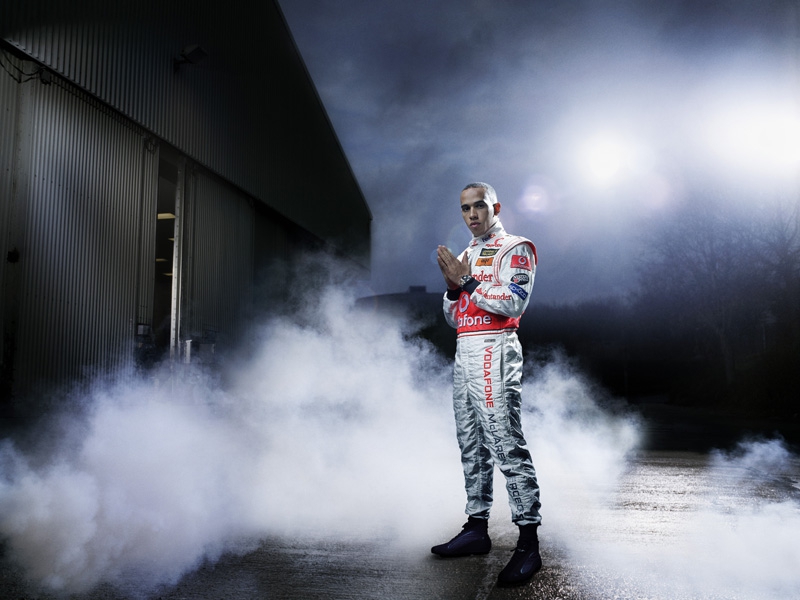 The other teams certainly don't and that is causing a certain amount of whispered alarm. Hamilton is the known unknown, a driver capable of anything — if the car can keep up.  Realism dished out by those who know suggests Hamilton is right to dampen expectation, even if he does so with a glint in his eye. There is too much ground to make up with one giant leap. Instead it will be small steps. He has signed for three years, at a reported £15m a season, and the line is it will take three years to establish Mercedes as a front?runner.

It makes it probable that another season of chasing Sebastian Vettel and Fernando Alonso, still the driver he most wants to beat, lies ahead, albeit one with the odd thrilling surprise en route. It wouldn't be Hamilton without that. 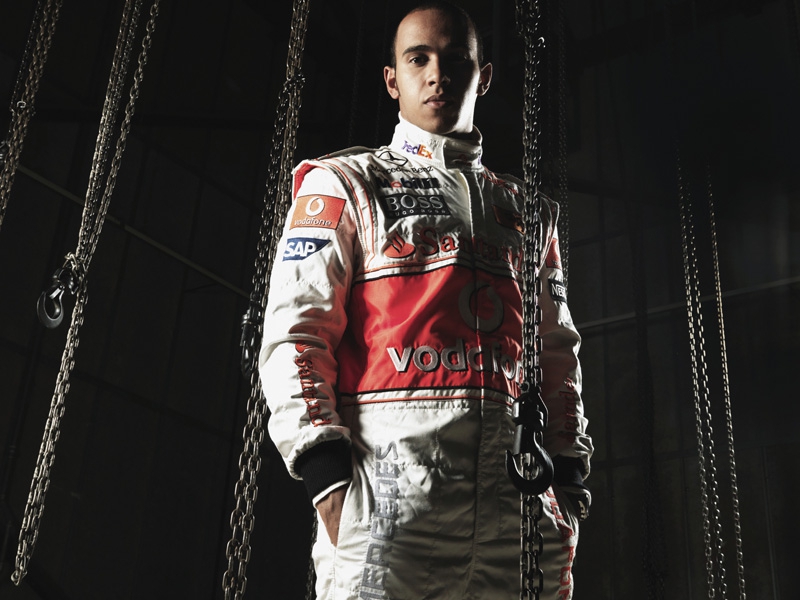 Hamilton has won 26 Grand Prixs, 15 behind his hero, Senna. Jackie Stewart's three world titles are the most by a Briton.

`I don't really look at the other drivers and see what they are doing and think that's what I should be doing,' he says. `That's their character. I look at myself and I think when I've had the car in the right envelope I've done exactly the same if not better than some of the people who are out there, so I don't feel the need to change the way I do things. I don't aspire to be like other drivers — I aspire to be unique in my own way.'

He has changed, though. He has stopped drinking. He reckons it has been 2 years since he last touched alcohol. He has hired a new personal trainer, a Finn who apparently takes no nonsense, and he talks of simplifying his life. The team move gives him greater freedoms. It does allow him to make more money on his own, with Mercedes having less hold over his image rights, but it is the lesser hold on his life overall that he claims has greatest appeal. He starts the season in what he believes is a good place, and where the mind is matters in any sport.

`I feel that I can express myself a bit more nowadays, be more myself. I'm comfortable with who I am. My dad doesn't approve of my tattoos, for example. But I don't need someone's  approval whether it be [the media] or whether it be the team or my mum — I am who I am and if someone doesn't accept me for who I am that's their problem. That's an important thing in everyone's life. You just need to be accepted for who you are and be proud of who you are and that is what I'm trying to do. `I have come from a place where [there was] a lot of control, a really controlled environment where you are really restricted to do and say what you are told. `It makes a big difference as a driver. It showed towards the end of last year I think, particularly when I knew where I was going for this year. I loosened up and I was able to put on the performances I put on.'

Like Moss, there is something about Hamilton that is more than numbers, race wins and titles. That is why he is so liked by many and so disliked by many others. He calls himself an `extremist' and talks of liking the `wild side'. He means it in a sporting sense — he relishes the thrill of extreme sports — rather than that of a George Best with wine, women and the odd song. It's that edge he can bring to the racetrack, especially in his early days that he believes has made him a divisive figure.

`I'm an extremist so I'm either hated or loved. I think it's down to when I first got to Formula One not always knowing what I was saying, saying things that mean one thing but people were taking the other way and then people don't forget. For example, when I go to Spain people generally hate me — whether it was something I said when I was racing with Fernando, or whether it was something Fernando said — people don't forget so you are branded.

`All you can do is try to slowly change it. There are tons of people that dislike me — they are entitled to their opinion. What I can guarantee is that when the people that don't like me meet me I think they will change when they see there is another side. Hopefully, in the next couple of years in this great team, people will be able to see me in a different light.’