The Most Expensive Homes

Property values are going up in the ultra-luxury market. Of the 10 Most Expensive Homes In The World owned by Billionaires, none were priced less than $100 million. Several either traded hands or boast an assessed value at more than twice that figure. The least expensive of these ultra-pricey homes traded hands for $117.5 million. Life Beyond Sport counts down the Top 10.
10. Mountain Home Road, Woodside, California, USA
Owner: Masayoshi Son, net worth $17.3 billion
Purchase Price: $117.5 million in 2012
The most expensive home sale on record includes a 9,000-square foot neoclassical house, a 1,117-square foot colonnaded pool house, a detached library, a “retreat” building, a swimming pool, a tennis court and formal gardens. 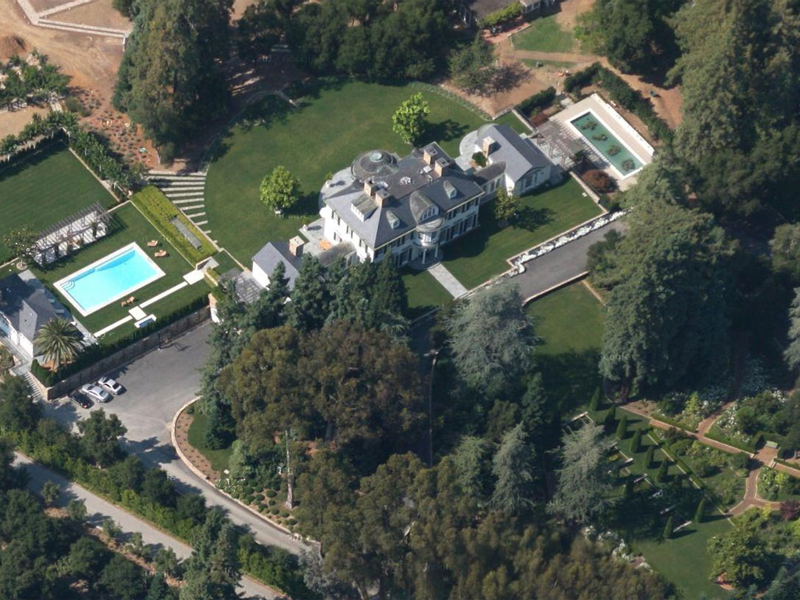 9. Copper Beech Farm, Greenwich, Connecticut, USA
Owner: Unknown
Sale Price: $120 million in April 2014
The property, originally listed for $190 million in May 2013, dropped to $140 million in September 2013 before selling in April 2014. Copper Beech Farm boasts a 13,519-square-foot main house with 12 bedrooms, seven full baths and two half baths and a wood-paneled library. Additional selling points: a solarium, a wine cellar, and a three-story-high, wood-paneled foyer. It was previously owned by timber tycoon John Rudey. 7. Kensington Palace Gardens, London, U.K.
Owner: Roman Abramovich, net worth $9.4 billion
Purchase Price: £90 million (about $140 million) in 2011
The Russsian tycoon owns several huge London estates (not pictured), including a Billionaires' Row mansion. Since purchasing, plans to build a subterranean extension that includes a tennis court, health center and auto museum were approved by the city. He also owns a French Riviera chateau and in 2009 spent a record $90 million on a 70-acre estate on St. Bart's. 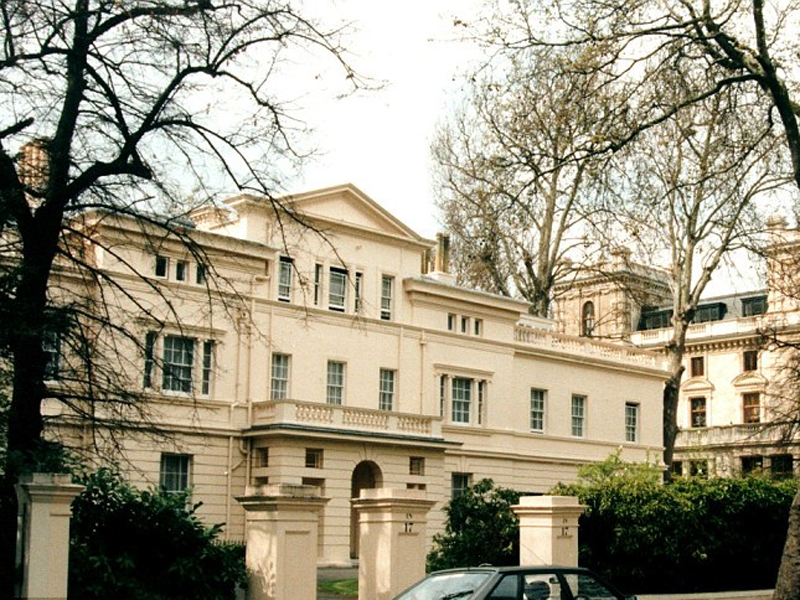 6. Ellison Estate, Woodside, California
Owner: Larry Ellison, net worth $51.4 billion
Value: estimated $200 million to construct
The Oracle founder, arguably the world's most avid collector of real estate, built his 23-acre Japanese-style estate in 2004 with 10 buildings, a man made lake, a tea house, a bath house and a koi pond. The property is was assessed at $73.2 million in 2013. 4. Kensington Palace Gardens, London, U.K.
Owner: Lakshmi Mittal, net worth $16.6 billion
Purchase Price: £117 million ($222 million at the time) in 2008
The steel magnate is believed to own three homes on the high-security street known as Billionaires Row, including a neo-Georgian mansion near the Israeli embassy. The home (not pictured), rumored to have been purchased for Mittal's son, was sold by hedge fund billionaire Noam Gottesman. It is reportedly up for sale. 3. Fair Field, Sagaponack, N.Y. USA
Owner: Ira Rennert, net worth $6 billion
Property value: about $248.5 million, according to 2014 tentative tax assessment
The industrial billionaire's hulking 29-bedroom, 39-bath Hamptons compound has not one, but three swimming pools, plus its own power plant on premises. 2. Villa Leopolda, Villefranche-sur-mer, France
Owner: Lily Safra, net worth $1.3 billion
Purchase Price: 500 million euro ($750 million at the time) in 2008
King Leopold II reportedly built a series of waterside homes for his many mistresses. This 20-acre estate was valued at 500 million euros in 2008, when Russian billionaire Mikhail Prokhorov attempted to buy it. He eventually pulled out of the deal, forfeiting a 50 million euro deposit. 1. Antilia, Mumbai, India
Owner: Mukesh Ambani, net worth $23.9 billion
Value: upward of $1 billion
The twenty-seven story, 400,000-square foot skyscraper residence, named after a mythical island in the Atlantic, has six underground levels of parking, three helicopter pads, a 'health' level, and reportedly requires about 600 staff to run it. It is the world's most expensive home far and away with construction costs topping $1 billion.