I haven't been as open as I could have been

Michael Clarke was as stereotypical an Australian cricket captain as you are likely to get. Mentally tough, took no prisoners, uncompromising and of course he wasn’t too bad with the bat as well. This interview shows a different side to him however, and one the public rarely saw, as he opens up about keeping it all in, living in the public eye, and making tough calls that lost him friends.
There's been quite a bit of fallout from the release of your book. Has that caused a further bit of reflection for you as its writing obviously did?

I don't think so. Writing the book was a very good opportunity to stop and reflect, and the people who read it will see how self-critical I've been. There's a lot of things in there people wouldn't know because I wasn't open about it. I kept it to myself because it was close to my heart: whether it was what my family was going through at the time I took over the captaincy, all the stuff on Hughesy, which I still get so emotional about. Being able to write about it has done wonders for me and my mind, to be honest. I feel a lot more at ease and comfortable with everything now.

Do you wish in hindsight you could have been more self-reflective when you played?

I wish I smelt the roses more often. But in the same breath I think my dedication and focus was my greatest strength as well. I always wanted to try to become better and that's probably why I achieved what I did. It's hard to say whether I would change that, but smelling the roses is an important part of life. It's my personality - it's just me and who I am. When it was close to my heart I kept it in and didn't talk about it. 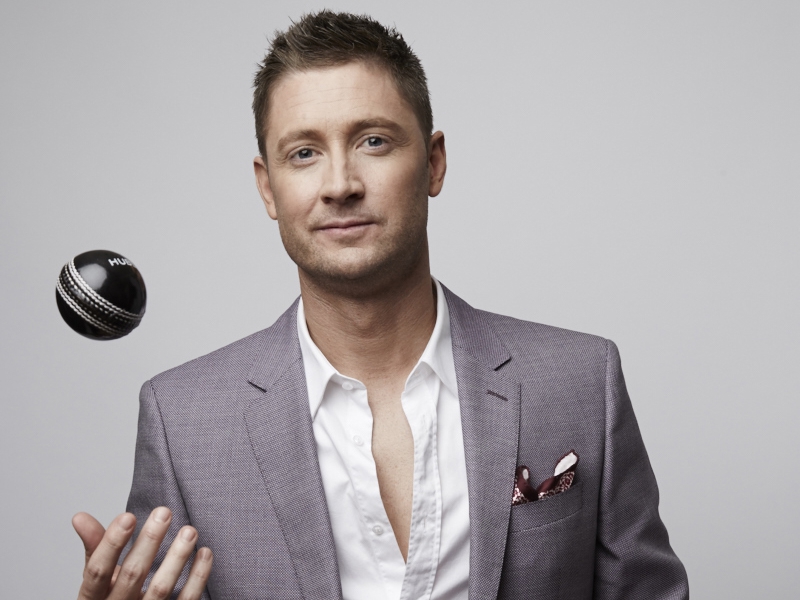 Maybe that's one of the criticisms I've copped through my career that I completely accept, that I haven't been as open as I could have been. Maybe if I was more open, the media or the public might have understood why I was angry in a press conference or why I was tired, or whatever else.

You were very visible to the public and media but people felt they weren't seeing your true self.

I was brought up in the old-school way, where if you say nothing it will just fade away. But that's not how society works these days, especially the last half of my time playing cricket for Australia. It grows more legs because everyone has their say. If there's an issue, a question or a rumour, you've got to front it straightaway and be open and honest about it, and that I didn't do. I sat back and thought, 'I'll bite my tongue and cop the criticism and it'll just fade away.' Hence us eight years on still talking about Katto... for me personally I was done and had dealt with it the day after it. This is my story and my truth, obviously Simon feels differently and he's entitled to that. But from my perspective, it was done the next day. "I'll always remember opening my big mouth on a couple of occasions, learning that it's not what you say it's what you do. If I had my time again, I wouldn't have opened my mouth with Jimmy Anderson and Dale Steyn" 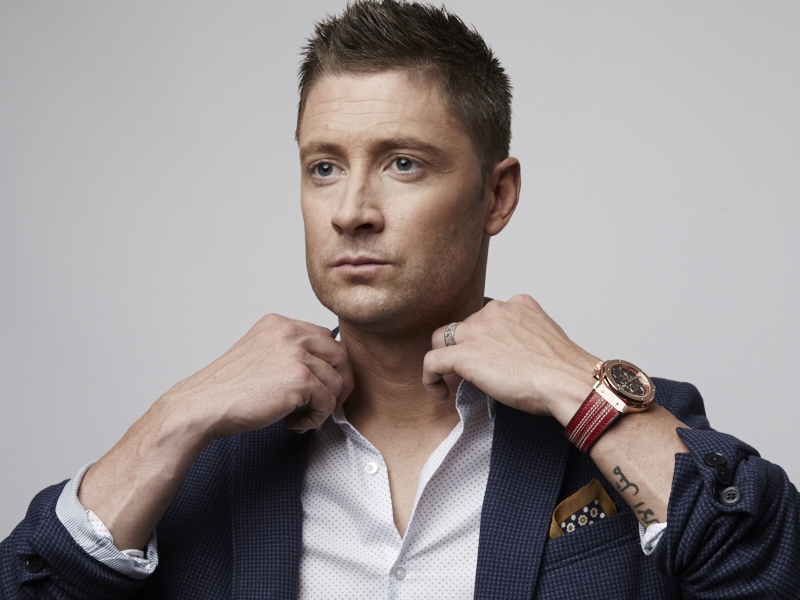 You mentioned press conferences - you talk specifically about the day before the Gabba Ashes Test in 2013 and why you were so terse that day, having a bad day physically but not wanting to let it slip?

I don't have any excuses for the way I acted or what I said. The last thing I want is for people to feel sorry for me through that period. But with more understanding people will be able to say, 'Oh now I get it.' And that was the hardest thing with my injury as well. Anyone who's suffered with a bad back or chronic back problem, they understand the frustrations and pain that comes with that. It's not just affecting you, it expands to your partner, your family, your close friends.
That day was an example of something else going on in my life that I wouldn't talk about. I didn't want the opposition, my team-mates, the media or the public to know how bad my back was at that time. I didn't want the team worrying about me or the opposition seeing a weakness, I didn't want to give them a sniff with anything.

Off the back of that day, the whole 2013-14 period is viewed as very special by the members of that team. But as much as you were enjoying that, there was a power struggle off the field for control of the team?

The last 12 months were probably the hardest part of my captaincy tenure, regarding how I thought the structure had changed so much that the role [of captaincy] wasn't suited to me anymore. I found that most difficult, but in regards to my enjoyment, that was there really until Phillip passed. That's when I felt the game was never the same. I lost one of my best mates I loved travelling and playing cricket with. I also experienced fear for the first time in my career. Being a little kid growing up, everyone was bigger and stronger and bowled faster, but I was never scared of that. For the last two tours of my career I noticed that was there, the thought that you can die doing this. It was the first time that ever crept into my mind. 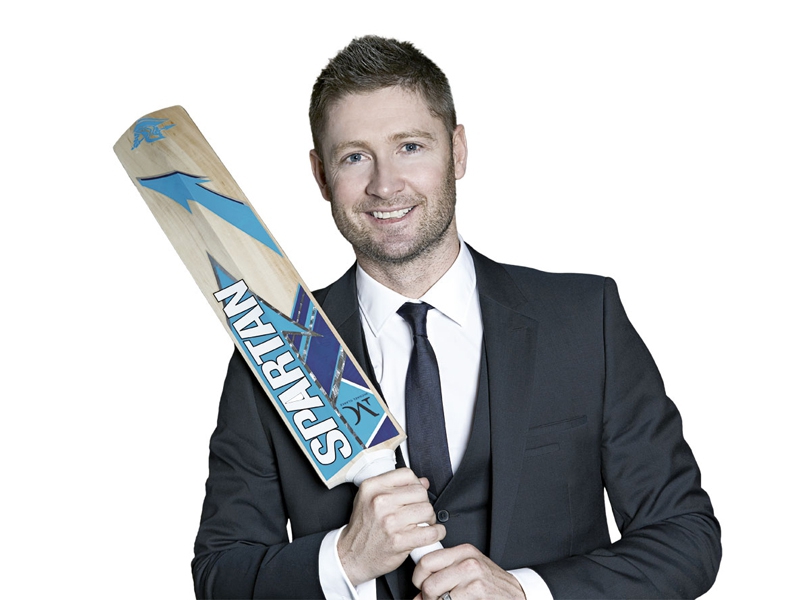 During that period who did you confide in with those fears?
No one. It's not like I didn't open up to the media or the public - I didn't open up to anyone. My family, my friends, my team-mates had no idea. In the West Indies, I think my team-mates would recognise I never went to dinner with them one night through that tour, but I was never the person during a Test match to do that anyway. A lot of the time I would have room service in preparation, because I knew I had to be up at 5am for treatment for my back while everyone else was sleeping. So me going to bed at 8.30pm was so I could get enough sleep to make sure my body recovered. But they still would have noticed not seeing me at all - every single night sitting in my hotel room watching Sons of Anarchy and eating the same room service.

There was a lot of personal difficulty and family difficulty in your life, particularly in the year 2008 when you took on the vice-captaincy. Did that contribute to you closing up?

I lived in this world where I wanted to be the best I could be - particularly taking over the captaincy at No. 5 in the world in Tests, that was unacceptable to me and I was like, 'Right, this train is going in this direction to take us back to No. 1', and anyone who didn't want to get on board was like a distraction. I was so focused on that and could have been a lot more caring and loving and listened more, especially to people close to me, to my team-mates. But I was so driven by success that I was going to knock down any wall to get there.

There were walls, there were real walls. Look at four players being dropped in India. That's something that won't be spoken about - within two years we went from No. 5 in the world to No. 1 in the world. So something in that team was working. Making tough calls is leadership, whether it's business, or sport or whatever it is. Some people like that decision because it helps them, some people don't like that decision because it doesn't. I was never scared of making that tough decision. I was happy with the accountability and that's why I accepted being captain. It might have cost me friendships or relationships, in this clear vision of how to get back to No. 1, but wasn't that my job? My role was to win games of cricket, and I don't apologise for the decisions we made. You'd love to be best mates with everyone, but I don't see any successful leader that has not stirred the pot or made decisions that have affected people. I played with maybe 100 different players. We heard from maybe three or four publicly - I'd like to think there's another 96 players whose games got better under my leadership.

There is a testy relationship with selectors over the course of your story. Even when you're dropped in 2005, you tell Ricky Ponting you want to hear it from him rather than a selector. Does the Australian system need changing?

I've only ever known the Australian system. Through my career I think it was pretty good. You know what you're going to get as a player. Picking the best XI with four or five selectors, everyone's got a difference of opinion, but it's your job, especially as the chairman, to select what you think is the best XI and back your judgement. As long as the communication is there with whoever the captain is, and the captain is as comfortable as he can be with the players that take the field - my mindset was the captain is always accountable if the team isn't performing - then things should work okay.

So many young athletes, as you were, rush to get out of school and get the sport started. Do you think, where you are now, that you'd have been a different person for finishing school and studying some more?

I think if I had my daughter younger I would have been a lot different. I'm a lot softer, more caring and more loving now than earlier in my life. My little girl has softened me like I wouldn't have believed. But that drive that I had and that vision I had is a big part of why I was lucky enough to get selected for Australia in the first place. I'm proud of who I am. If you knew then what you know now, you would make some different decisions, but I'm proud of how it all turned out. I'm still mates with the same people I was when I was ten years old.