THE GOOFIER SIDE OF GOLF

There are many words you could use to describe Bubba Watson. 'Conventional' is most certainly not one of them. A winner of five titles in nine years on the PGA Tour - including the Masters in 2012 - Watson has always done things differently, both on and off the course. By his own admission, he’s a little bit goofy, a little bit crazy. He’s also endearingly honest, candid, and, above all, really good fun. But, look beyond that laid back, fun-loving exterior and you’ll find a gritty competitor who is determined to be the best golfer he can be. He is, in short, worth getting to know a little better…
Bubba, I can’t think of another player who has won a major without ever having had a lesson. Have you really never had one?
No, never. Never in my life. My dad taught me the basics with a cut-down club when I was about six-years-old. He showed me how to grip it and then told me just to start hitting balls as best and as hard as I could. I’ve pretty much done that ever since. 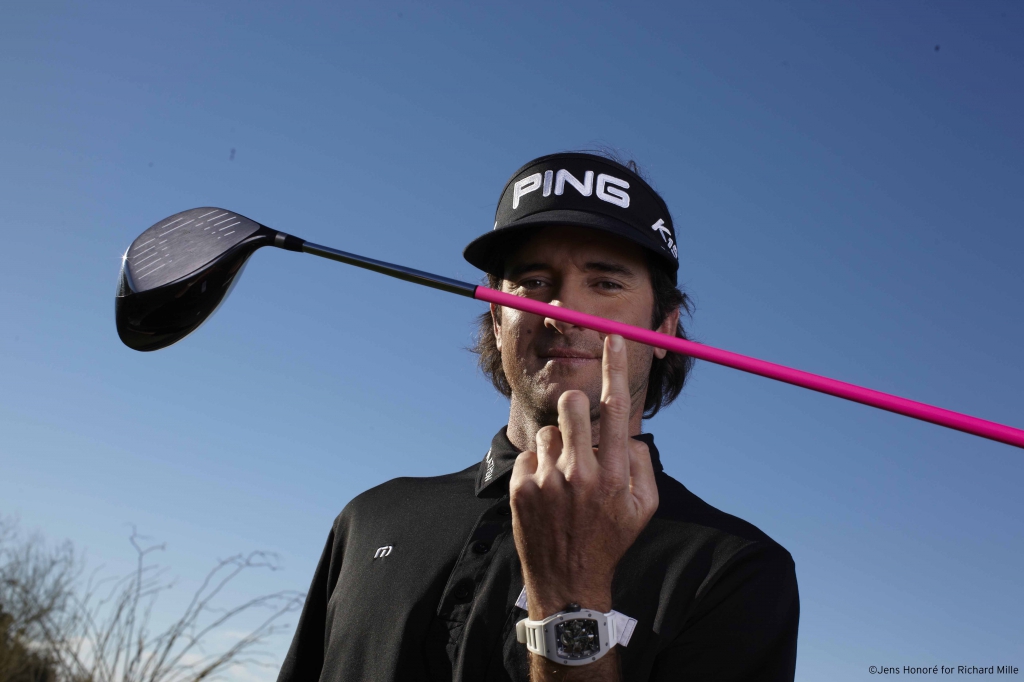 Have any coaches ever tried to offer you advice?
Ha! No, they stay far away from me. I think I probably scare them a little bit! [laughs] Seriously, though, I’ve got some friends who are coaches but they’ve never tried to teach me or offer me advice or anything like that. I think they know that I do things a bit differently and they respect that enough not to interfere with it.

One of the things I think people like about you is the fact that you’re not afraid to show your emotions. Do you think more players ought to be like that?
Yeah, you know, going back when I was a kid, I had a dream to make it on the PGA Tour. That’s all I wanted to do. Be a pro golfer, play on tour. Then you get out there and all you want to do is win. Then you want to win majors. Then you want to be the best in the world. Then you want to be one of the best who ever lived. Before you know where you are, you’ve lost that little kid inside you who was happy just to be on tour. So, I take nothing for granted. My next win could be my last win. I could have already had it. I hope not, but you don’t know. So, for everything I’ve had out of this game so far, I’m just really grateful
and so blessed. To win, that’s just incredible. To win a major, when there are only four a year and when you think of all of the great players who’ve never managed to do that, that’s even better. But, for me, my dreams come true every time I play and I guess that’s also where my emotion comes from. I expect nothing so, when I get something special, it’s amazing. Now I'm a dad, golf doesn't mean as much to me as it did before. 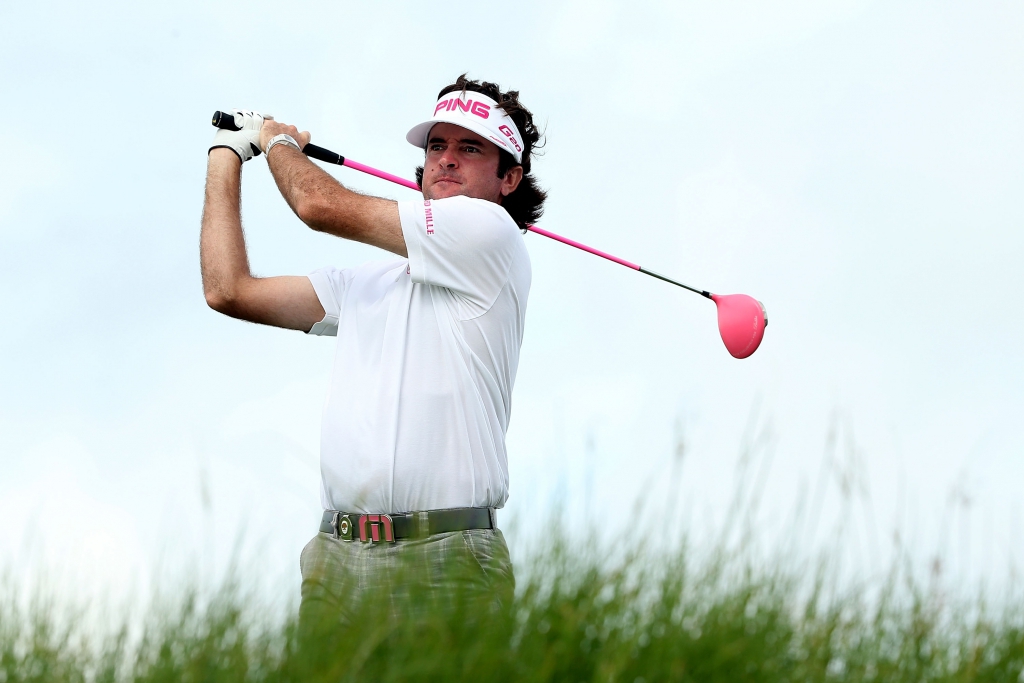 How much has being a father changed your life?
So much. Like, more than I can explain. I’m still crazy and goofy like before. That hasn’t changed. But… how can I put this… golf doesn’t mean as much to me as it did before. You know, I don’t know if you know this but golfers like to pout. A lot. And I was particularly good at it. If I three-putted, it used to really get to me. Now, it doesn’t matter because Caleb doesn’t care if I've had a good day or a bad day. I mean, sure, if he sees me come home with a trophy, he knows daddy’s done good [laughs]. But if I’m playing good or bad, he still cheers and that makes it hit home to you that golf is just a game. Things happen in your life to show you what’s important. Golf? Sure, it’s important. But my wife and my son are my rocks.

Of course, behind every good man is an even better woman. You’ve found that with Angie, haven’t you?
For sure. I’m so lucky that, one, she liked me back. That was kinda important. [laughs] But she’s a pro athlete, too, and played basketball so she really gets what life is like for me.
She understands what energy I need to be successful and what dedication is required. She knows when I’m tired, when I’m down, when I’m drained. And more than that, she understands what it is I’m feeling. She knows how to be to help make me be the best I can be. She’s incredible.

You and your wife have overcome a lot. In fact, I think I’m right in saying that, on your first date, she told you she couldn’t have kids. Has everything you’ve gone through off the course given you a different perspective on life on it?
Absolutely.  Look, when I started out, I was seriously young and seriously dumb. I thought I was going to be one of the best golfers ever. But Angie has helped me grow. You know, it’s
easy to say we’ve been through a lot together, because we have. But what’s more important is what we’ve learned together. We’ve learned how to travel, how to practice, how to have
a successful marriage whilst living on tour. And since becoming parents, we’ve had to learn everything all over again to create the right environment for Caleb. We’ve had to re-learn
how to travel, how to pack for being away several weeks in a row, work out which hotels are right for him, and so on. So, it has been a constant learning process but a great one, too.

As well as being a family man, you’re also a bit of a cult figure. Do you see yourself like that, as someone who does things differently?
[laughs] Yeah, I definitely do things differently but I think that’s because of the way I grew up. I learned to play golf on my own with no-one standing over me saying, ‘This is right’ or ‘That’s wrong’. And you know what? It’s got me this far so it must be okay. For me, it’s always been about taking the road that most people don’t. It’s been a constant ‘off the wall’ existence but I wouldn’t have it any other way. 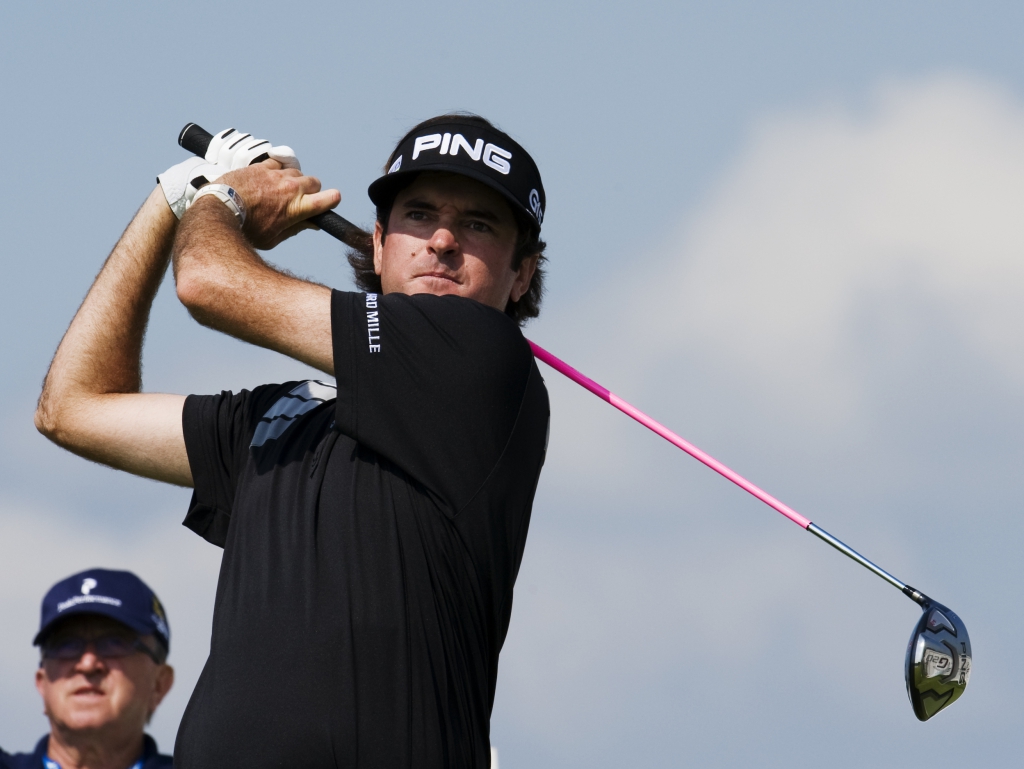 What about things away from golf. Let’s say you miss a cut on Friday what do you do on the weekend?
It kind of depends where we are. If we’re in San Diego, for example, there’s so much to do there, from the beach, to the zoo, to the aquarium. If we’re somewhere in the world that has good sightseeing, it’s nice to get out and see what there is to see. Like China. I loved it out there. But if I’m close to home and Angie and Caleb aren’t with me, I’ll go home to them.

The videos you make have really caught the imagination, too.
Yeah, they’re just a bit of fun and a way for me to interact with people. More often than not, the only place people see golfers is on the TV at tournaments where they’re being boring, or slow, or not really showing their fun side. Lee Trevino and Rocco Mediate have always been good at showing off their personalities whilst playing but it’s pretty rare. So, yeah, my videos are just a good way to show off my goofy side and have some fun with my fans.

Tell me, what’s it like opening your garage and seeing the General Lee sitting there?
[laughs] It’s pretty neat. Every time I see it, I love it just as much as the first time. Think about it: it’s a car, made for jumping, that’s been on TV, in one of the biggest shows of its generation that’s pretty cool, right? My dad and I used to watch Dukes Of Hazzard when I was a kid, so when the opportunity came up to buy the first car ever made for the show, I had to have it. It’s in mint condition, too.

Also, I believe you bought your house in Isle worth from Tiger. Tell me about that sale.
Yeah, well, Tiger and I are pretty busy and so we just let our people deal with it all. But we’re friends and I’ve shown him pictures of what we’ve done with the place. We pretty much bought it for Caleb. He’s got three separate playrooms in the house, so he’s done pretty well out of it! [laughs]

And, finally, will there be another Golf Boys video sometime soon?
We’ve got no plans right now and you know why? The new wrap-around schedule. It’s a year-round tour these days, so we haven’t had time to make anything new. The ones we did before, we did in the off-season but we don’t really have that anymore, so we don’t have the chance. You should ask Tim Finchem to bring back a proper off-season. Maybe I should! Or I could go solo. Yeah, maybe it’s time I started my solo career. That’d be fun! [laughs]