The world's fastest ambulance, a sports car worth Dh1 million, is now part of the Dubai Corporation for Ambulance Services (DCAS), said the Executive Director of DCAS, Khalifa bin Derai. 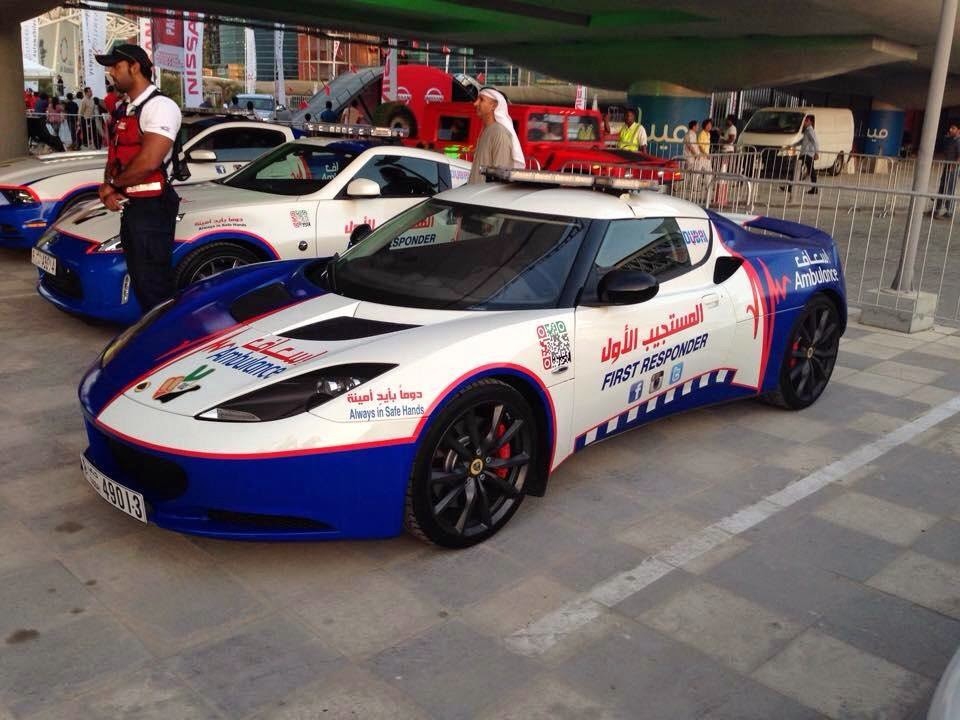 The vehicle will reach the patient or injured in four minutes and offer urgent first aid until the arrival of the ambulance van in eight minutes.

"The fleet of the corporation includes five sport cars being modified into ambulance vans to respond quickly and act in action to the urgent reports which require quick movement and reach accident sites in record time," he said.

The Dh1 million sports vehicle is one of the most powerful car in the world with maximum speed of 300 klm/hr. It has been equipped with basic medical devices, alarms and audio-visual systems.

The luxury ambulance vans have been deployed in tourist areas like the Burj Khalifa; Jumeirah Street and Jumeirah sidewalk, he said, adding the vehicles will also be placed at places where conferences and big festivals are held.

The new ambulances will contribute effectively to boost the image of Dubai as one of the paramount important tourist cities, and much progressing in rendering the services to the visitors, Emiratis and expatriates, he added.

The speed sports van is manned by an emergency paramedic team and equipped with ambulance equipment, medical apparatuses and medicines and is designed to respond to emergency calls and offer first aid service in a place where the injury takes place.

"It is not just a mean of transporting the patients fast, but rather a moving hospital that is operated by an emergency technical team and qualified paramedics to handle the serious injuries as it is equipped with the most sophisticated equipment in the world."

The fast vehicles of DCAS ferried as many as 10,000 persons suffering from heart problems over the last two years, and the number of cases in accidents stood at 44,000 last year.

The number of cases taken to private hospitals last year accounted for 6,000, while those rushed to government hospitals stood at 75,000.

The corporation, and in conjunction with the health entities in the emirate will provide the heart-disease patient with a device to track his health condition and come to his/her help when required.
Tags
HealthCars
Share