From Skateboarding to business icon!

Tony Hawk is by far the most decorated and highest-earning professional skateboarder in history. Outside of earning tens of millions of dollars during his career from endorsements, tournament prizes, appearance fees and more, Tony has earned an enormous fortune thanks to his eponymous video game which has generated billions in revenue worldwide. He has an estimated net worth of $140 million dollars.
Early Life: Anthony Frank Hawk was born in San Diego, California on May 12, 1968, to Nancy and Frank Peter Rupert Hawk. His introduction to the world of skateboarding came when he was only eight years old, in the form of a used skateboard given to him by his older brother. His parents approved of the activity, as it gave him an outlet for his excessive energy. The "hyperactive" and "gifted" Hawk quickly discovered a knack for skateboarding, getting his first sponsor at age 12 from Dogtown Skateboards and turning professional at the incredibly young age of 14.

Career: At the age of 14, Hawk signed with the Powell Peralta professional team, going on to star in the popular Bones Brigade videos. Though Hawk was always seen as a premier street skater, it was important for him to prove his skills as a "vert" (vertical) skater, which he did throughout the 1980s and '90s. By the time he was 16, he was considered one of the top skateboarders in the world.

Hawk went on to dominate skateboarding competitions, reigning for 12 years in a row as the National Skateboard Association world champion, winning over 70 competitions over the years. He would also go on to invent many of the moves that are now standard in the sport, including the gymnast plant, the ollie-to-Indy, the Saran wrap, and the frontside 540-rodeo flip.

Tony Hawk's rise was synonymous with the ascent of skateboarding in the popular consciousness. He traveled the world competing and doing skating demos to raise awareness of the sport. However, during the early '90s, interest in skateboarding had waned, and times became lean. 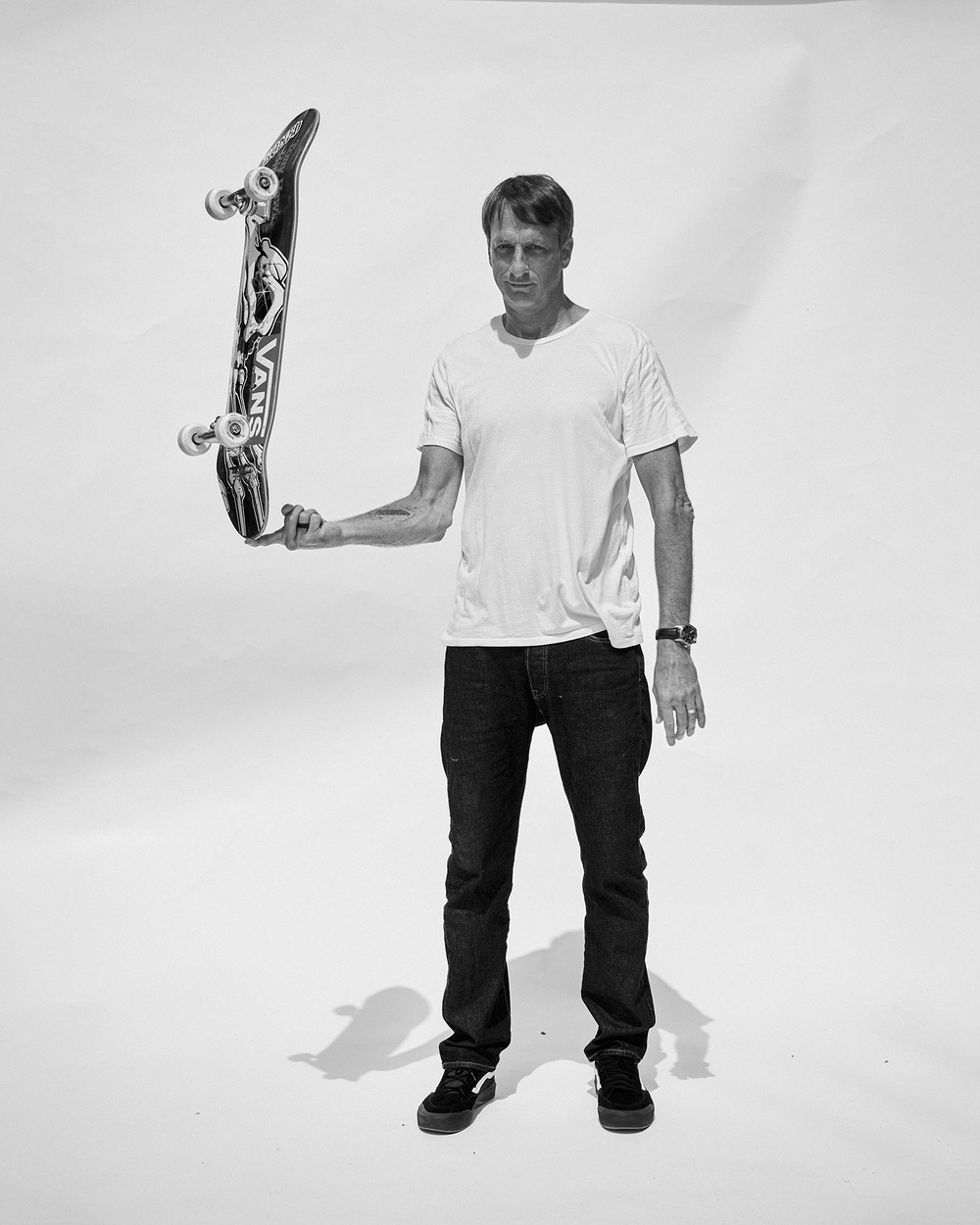 With the creation of the Extreme Games (later X Games) in 1995, interest in skateboarding began to increase. Tony Hawk has won Gold at 10 X Games, Silver at three, and Bronze at two.

At the X Games in the summer of 1999, Hawk achieved what has become his most famous and legendary feat: Becoming the first skateboarder to ever successfully land a 900, which refers to the 900 degrees that the skateboarder revolves while in the air on a skateboard. It took him eleven tries, but he finally did it, claiming afterward "this is the best day of my life." More than 12 years later, Hawk was still able to land his signature trick, giving inspiration to people both inside and outside the world of skateboarding everywhere.

After completing the trip, Hawk decided to retire from competitive skating, though he has remained an active presence. In 2009, Hawk became the first person to gain official approval to skateboard on the grounds of the White House, having been invited to a Father's Day celebration by then-president Barack Obama. 2009 also saw Hawk inducted into the Skateboards Hall of Fame in its first-ever ceremony. 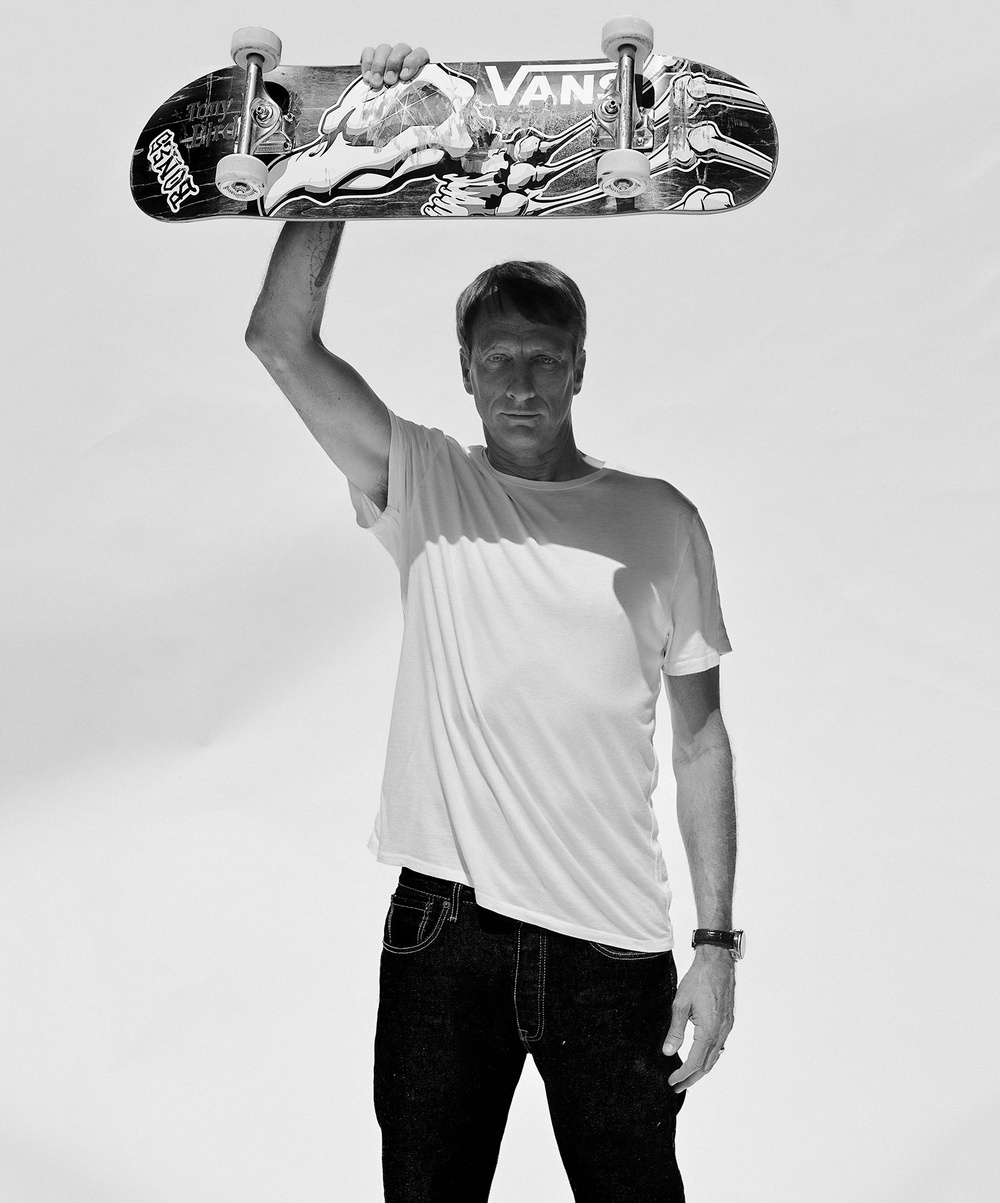 Other ventures: His net worth shouldn't come as a surprise to anyone, given the large amount of products that bear Hawk's name. Even while skateboarding was not as popular, Hawk continued to gain success, starting skateboarding company Birdhouse, which produced boards and accessories, and a distribution company for skateboarding products called Blitz. Hawk Clothing was started in 1998, developing skating clothes for children.

In 1998, Hawk signed a deal with Activision for the video games series Tony Hawk Pro Skater. The game series released 18 different titles, reaching massive popularity. To date, the series has made more than $1.4 billion, making it one of the most successful video game series of all time.

In 2002, Hawk started Boom Boom HuckJam, a traveling sports show that was part live concert and part sporting event. The tour combined popular musical acts as well as performances among up and coming vert skaters and BMX riders.

Investments: Tony is an investor in over a dozen ventures including Birdhouse Skateboards, Hawk Clothing and a production company called 900 films. Birdhouse is one of the most popular skateboard companies in the world today.

He was one of a handful of early investors in Blue Bottle Coffee which was acquired by Nestle in 2017 for $500 million.
Tags
SportBusiness
Share