Tiger Woods Is Back

Tiger Woods had a dramatic fall from grace after his 2009 Thanksgiving car crash. He lost five sponsors, $50 million in annual income, his place atop the world golf rankings and his marriage. But Woods is back at No. 1. Here is a list of the world’s highest-paid athletes.
#10 Tom Brady
Total Earnings: $38.3 million
Salary/winnings: $31.3 million
Endorsements: $7 million 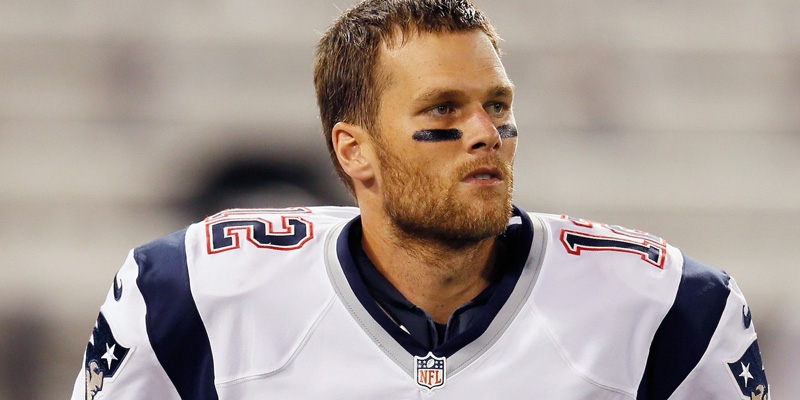 Brady signed a contract extension with the New England. The deal included a $30 million signing bonus and ties the Patriots to Brady through the 2017 season when the quarterback will be 40 years old. Brady was lauded for taking a below-market deal to stay with the Patriots and help the team’s salary cap situation. In 2012, Brady became just the second quarterback after John Elway to lead his team to five Super Bowls. After scoring 91 goals in all competitions in 2012 to break a 40-year-old world record held by Gerd Muller, Messi won FIFA’s world player of the year 2012. Barcelona rewarded the 25-year old who started his career as a youth at the club with a record contract extension through 2018 that will pay him more than $20 million annually. Adidas launched his icon signature line in 2013. It is only the second time the company has done so for one of its brand ambassadors (the first was with David Beckham). Contract extension talks with Real Madrid stalled prior to the start of the 2012-13 season over the player's share in his image rights. He currently splits them 60-40 with the club, known for usually taking 50% of a player's rights. The Portuguese winger has a lot at stake -- he currently earns nearly half of his $44 million income from sponsors. His current contract with Real runs through the 2014-15 season. Mickelson was inducted into the World Golf Hall of Fame last year, reflecting a stellar career that includes 41 PGA victories (ninth all-time), $70 million in career prize money (second all-time) and four major titles (tied for second-most during the past 20 years). Mickelson earns more than $30 million annually from endorsement partners: Callaway, Barclay's, KPMG, Exxon, Rolex and Amgen/Pfizer. He picked up a deal to promote psoriatic arthritis drug Enbrel after he was diagnosed with the disease in 2010 and used the drug for his treatment. Aaron Rodgers was arguably the NFL’s best player over the past two seasons, leading the NFL in passer rating and throwing 84 touchdowns and only 14 interceptions. This year he finally got the contract to match. Rodgers signed a five-year, $110 million deal in April that made him the highest-paid player in the NFL on an annual basis. It included a $35 million signing bonus and $62.5 million in the first three years of the deal. Rodgers is one of the top-paid football guys in the Nike stable and his “Discount Double Check” commercials for State Farm are a national hit. Brees signed a five-year, $100 million contract extension in July 2012 with the New Orleans Saints that included a $37 million signing bonus. Brees was rewarded for six Pro Bowl selections and a Super Bowl title since he joined the Saints in 2006. Brees is one of the NFL’s most successful pitchmen with a dozen endorsement deals, including Nike, Procter & Gamble, Verizon Wireless, PepsiCo and Wrangler. His foundation, Brees Dream Foundation, has contributed $17 million to charitable causes and academic institutions in New Orleans, San Diego and West Lafayette/Purdue communities. King James had a memorable year in 2012 as he won his first NBA title, third MVP Award and a second Olympic Gold Medal. He joined an exclusive group of four Hall of Famers with his fourth MVP Award after the 2012-13 season. James is the NBA's biggest endorsement star, thanks to deals with Nike, McDonald's, Coca-Cola, Samsung and others. Sales of his signature Nike shoes rose 50% to $300 million in the U.S. during 2012, according to research firm SportsOneSource. He outsold his nearest NBA competitor by a 6-to-1 margin in the U.S. Bryant had the highest salary in the NBA for the third straight year during the 2012-13 season. His $27.85 million salary is $7 million higher than any other player. Bryant made the All-NBA first team for the eighth straight year this season and passed Wilt Chamberlain for fourth on the NBA’s all-time scoring list. Bryant is still a huge draw, particularly overseas where he had the NBA’s best-selling jersey during the 2012-13 season. This year Bryant added Hublot to his endorsement roster, which already included Nike, Coca-Cola, Turkish Airlines, Lenovo, Panini and Mercedes-Benz. Federer has the most impressive endorsement portfolio in sports, with 10 sponsors that collectively pay him more than $40 million annually, including long-term deals with Nike, Rolex, Wilson and Credit Suisse. The newest addition is champagne brand Moet & Chandon, which signed Federer to a five-year deal at the end of 2012. Federer’s income surged after a barnstorming exhibition tour of South America that netted him $14 million for six events. Federer is widely perceived as the greatest tennis player ever. He holds the records for most singles Grand Slam wins (17) and career prize money ($77 million). Tiger Woods has been the hottest golfer on the planet and has won the most trophies in golf history. His prize money has doubled and his off-course income is up thanks to sponsor bonuses with Nike and Rolex tied to his wins and a return to the top of the World Golf Rankings. Woods has also been busy overseas collecting more than $10 million in appearance fees from stops in Abu Dhabi, China, Malaysia and Turkey. Woods’ golf course-design business has also picked up after multiple blowups. Developers broke ground on a new course in Cabo San Lucas, Mexico, which is likely to be the first completed Woods-designed course.