Named after the porthole style design, Patek Philippe’s first Nautilus collection emerged in 1976 and changed watchmaking forever.
Designed by the iconic watch maestro, Gerald Ginta, the Nautilus was the first luxurious sportswatch - a category that now feels instinctive and obvious. While the 50s were a golden period of modern watch design, timepieces were either for best - and often gold - or were sport watches, considered inferior, cheaper and not as collectible. These sports watches often valued function over form - for divers, pilots, explorers and so on - with leaps in innovation pushed by the need for more precision, or to last longer, rather than creating something for everyday that could be beautiful as well.

Formed as a reaction to Audemars Piguet’s luxury watch made in stainless steel with a linked bracelet - the Royal Oak, Ginta designed Nautilus in 1976. It might seem odd, but he designed both Piguet’s Royal Oak and Philippe’s Nautilus, effecting competing against himself. 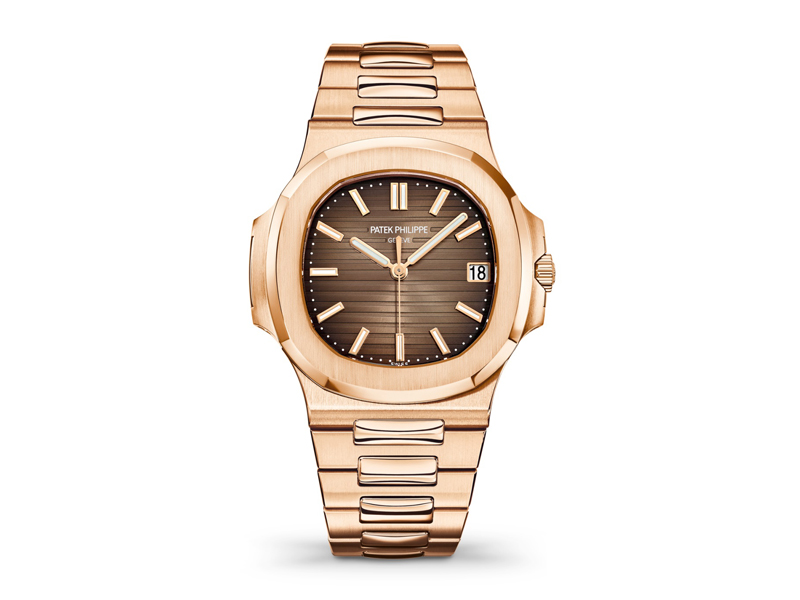 As the house had previously always manufactured in gold and precious metals, the first stainless steel Patek Phillipe watch was a revelation and a revolution. The first incarnation of the Nautilus was a 42mm face but a slimline body at just 7.66m, high, with the now classic integrated bracelet. It was powered by the Jaeger-LeCoultre movement, named calibre 920 (actually the same as the one used in the first Royal Oak from Audemars Piguet), but aesthetically actually was an incredibly simple design. It reflected a passion for clean lines and organic shapes that had emerged in 70s design.

Ladies versions and gold versions followed in the 1980s and 1990s as did a more mid-sized face model. The original lines with the 42mm were no longer produced, meaning this original ‘Jumbo’ version has become a prized collectors piece. In 2016, an original Nautilus 3700 from 1977 was auctioned for just under $69,000. If you’d bought that in 1977, it would have cost $3,100 - which might not seem like much now but it was three times more than the steel Daytona model from Rolex. A high price then indeed for something in steel - albeit the same steel that was used to make tanks in WWII. 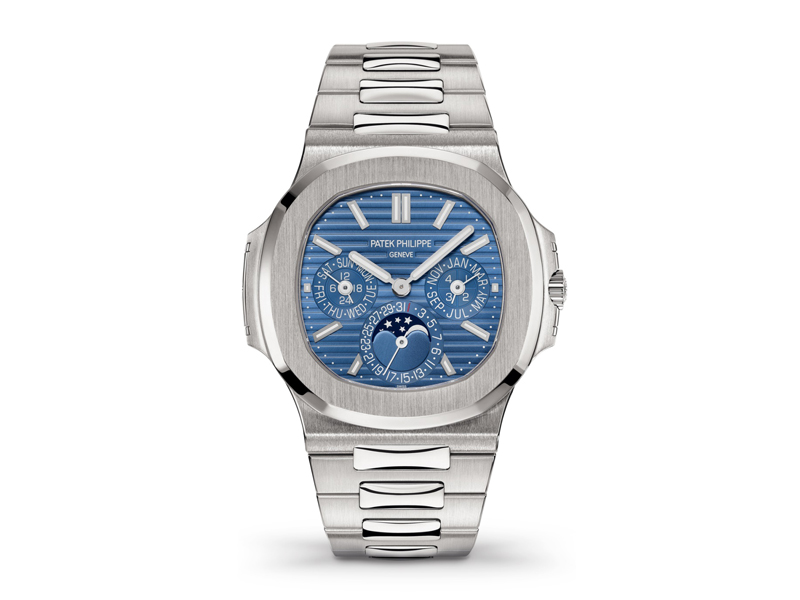 Over the last 43 years, the Nautilus has shown no signs of stopping, especially in terms of popularity. In 2006, 30th anniversary model, the 5711/1A , was created at 43mm wide with a sapphire case back, a more classical three part case (rather than the previous two) and an inhouse movement, the  324C. It went onto become one of the most successful steel watches in watch making history.

Since 2006, the Nautilus range has consisted of five main models (excluding women’s versions). The classic 5711, three hand, steel on steel watch will always be popular, while the 5712 model offers a power reserve display, moon phase and comes as a luxury sports watch or more classic model in rose or white gold with a leather strap.

Moving up, the 5726 is even more advanced with an annual calendar, day of the week and month displays and powered by the Caliber 324 S QA LU 24H/303. A Nautilus chronograph (Reference 5980) and a Travel Time Chronograph complete the collection. The latter works on a self winding mechanism, powered by the  Caliber CH 28-520 C plus it has two time zone markers for local and home time - two pushers in one of the ear lugs on the watch face move the time between current and home time zones. 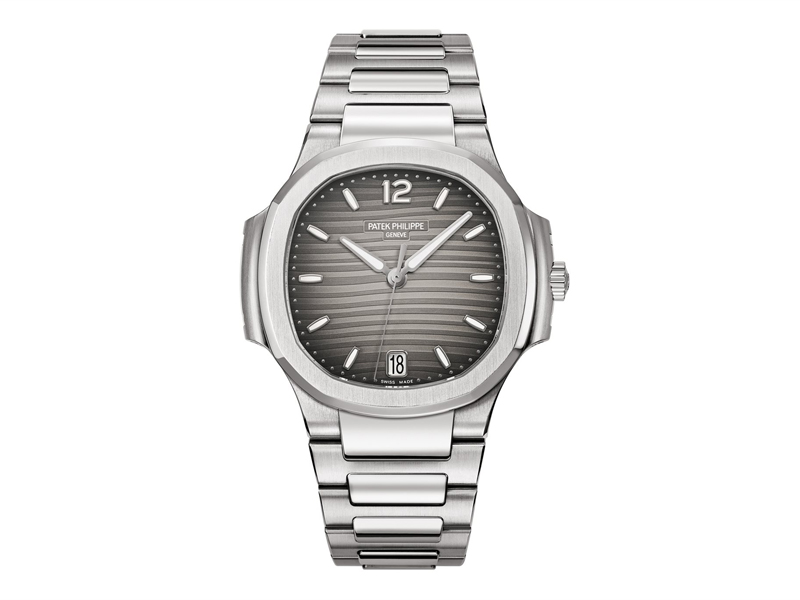 For its 40th anniversary Patek Philippe released two limited edition models, the Reference 5711 in platinum (where only 700 models were made) and a chronograph version with a 44mm case in white gold (only 1,300 pieces). They quickly sold out despite costs just over and just under $100,000 respectively).

The first perpetual calendar in the Nautilus collection was launched last year in 2018, the first time Patek Philippe had designed a grand complication in this line. Combining the house’s light touch mixing casual sportiness and technical finesse. An ultra-thin, self-winding, caliber 240 movement has meant that this model could be a slim-line addition - it’s thinnest in fact of the perpetual calendars.

Like many Nautilus models, there’s a satin finished bezel that contrasts against the polished chambers, an embossed dial and a matching sunburst blue that also appeared in 2016, on the 40th anniversary of this collection.

An instant classic and modern icon, the Patek Philippe Nautilus range is compact yet complete, it redefined a luxury market sector that would now be unimaginable without it. Loved by both investors, vintage watch fans and serious collectors, an early model Nautilus at auction is a powerful thing. 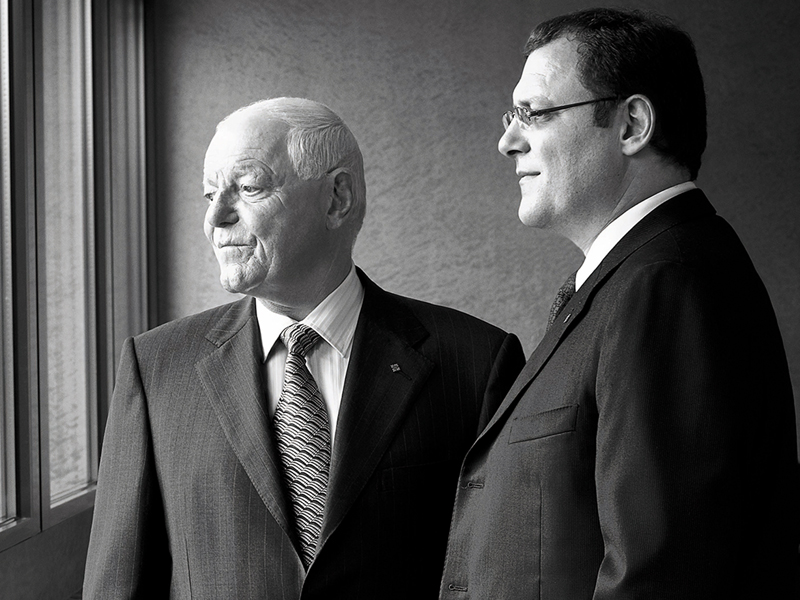 Three years ago in 2016, Christie’s auctioned off 40 Nautilus watches over four locations for the 40th anniversary, those with a cork box and associated papers with an early model can command much more an auction than the watch alone.

In 2018 the Robb Report reported that Patek Philippe was one of the two most popular - and expensive - luxury watch brands favoured at auction, with the Ref. 5740 Nautilus Perpetual Calendar flagged as hot property last year and one to watch in 2019 - that’s if you can get your hands on one - at this point the Robb Report reckon, waiting lists are closed to anyone who’s not a proven collector. With a 1999 Patek Philippe Nautilus Ref.3800/1 model in platinum selling for over $212,000 already in 2019, it seems like there’s no stopping the Nautilus boat. Your life’s mission, should you choose to accept it, is simply get your hands on one.