We already knew that Formula 1 drivers have nothing to complain about their earnings. But we never knew exactly how much the 20 best drivers in the world earned this year. Up to now. Business Book Grand Prix has, like every year, published the salaries of the drivers.
This shows that seven-time world champion Lewis Hamilton certainly gets paid for his performance. The Briton has by far the highest salary of all drivers. According to Business Book GP, Hamilton will have earned more than € 47 million in salary in 2020. Any bonuses and sponsorship contracts have not yet been added to this.

After Hamilton there is nothing for a while, until we arrive at Sebastian Vettel. The German will also receive a sloppy 35 million euros from Ferrari this year. Whether he can expect the same salary with Lawrence Stroll's Aston Martin team remains to be seen. In third and fourth place we find former teammates 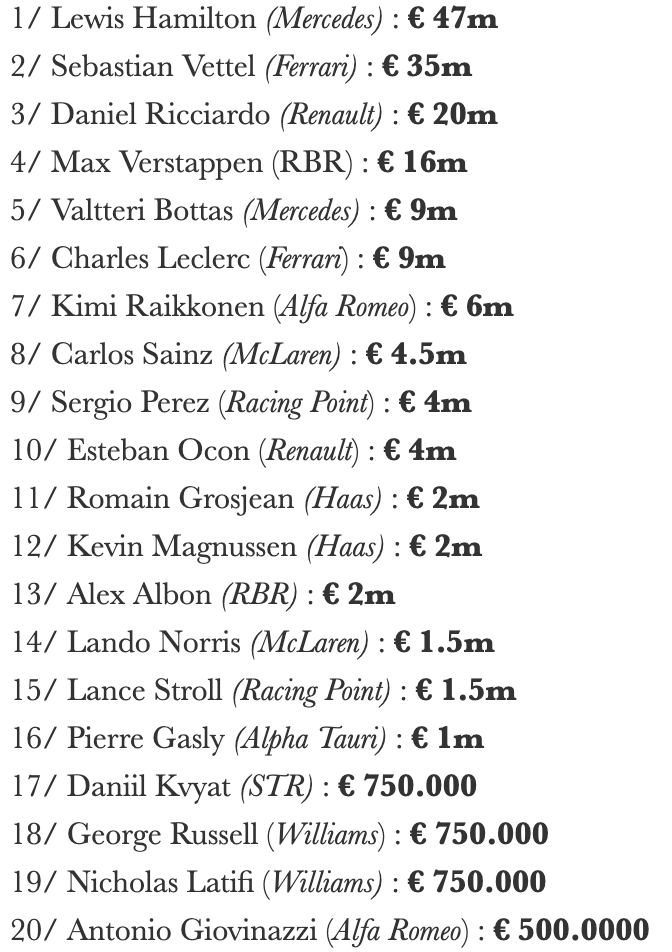