The animal cast-list has changed

When Frankie Dettori moved into White Horse Stables with his new wife, Catherine, in 1998, he was already a household name.
Even people who did not normally follow horse racing had clocked his most extraordinary feat. At Ascot in 1996, he rode all seven winners on the card and, at the age of just 25, entered into sporting legend. In a profession dominated by taciturn, gum-chewing types, the Italian-born jockey was a natural showman.

He could not dismount from a horse without turning it in into a performance. In fact, his famous “flying dismounts” were often as entertaining as the race itself.

“Things were going really well for me at that time,” remembers Dettori. “I was about to get married and wanted to move to a bigger property in the Newmarket area. Luckily, I knew a trainer, Barney Curley, who was looking to downsize. So we swapped. I had been to his house many times to play snooker.” 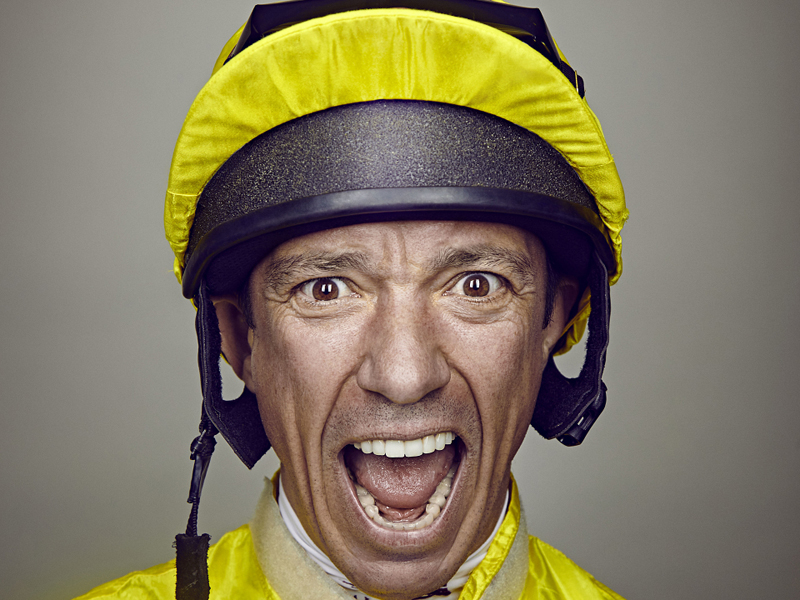 The house in question, White Horse Stables, is now on the market for £2.45 million. It seemed like the ideal home for a star jockey about to start a family. The Grade-II listed, five-bedroom property is set in 15 acres of land and comes with a large stableyard, extensive paddocks, feed rooms and a helipad – perfect for a jobbing jockey who needs to whizz up to the 3.45 at York and does not want to risk the traffic on the A1.

“The helipad was originally installed in the Eighties by a London stockbroker, but it has been a godsend for me on occasions,” says Dettori. “Mostly I drive between meetings, but I go by helicopter if the journey is going to take too long.” Life for Dettori has never been less than eventful since he moved into the property, with plenty of highlights, including winning the 2007 Derby on Authorized.

Dettori has become almost as familiar on television as at racecourses, serving as a team captain on A Question of Sport and taking part in Celebrity Big Brother in 2013. He has even branched out into the catering business, with a line in frozen Italian food and a string of sports bars and diners.

But, for a devoted family man, with five children, White Horse Stables has always been Home with a capital H. “We moved in straight after our wedding, and our children have grown up here. The house is full of happy memories, and we have had some wonderful times together as a family, from Christmases to summer barbecues,” explains Dettori. 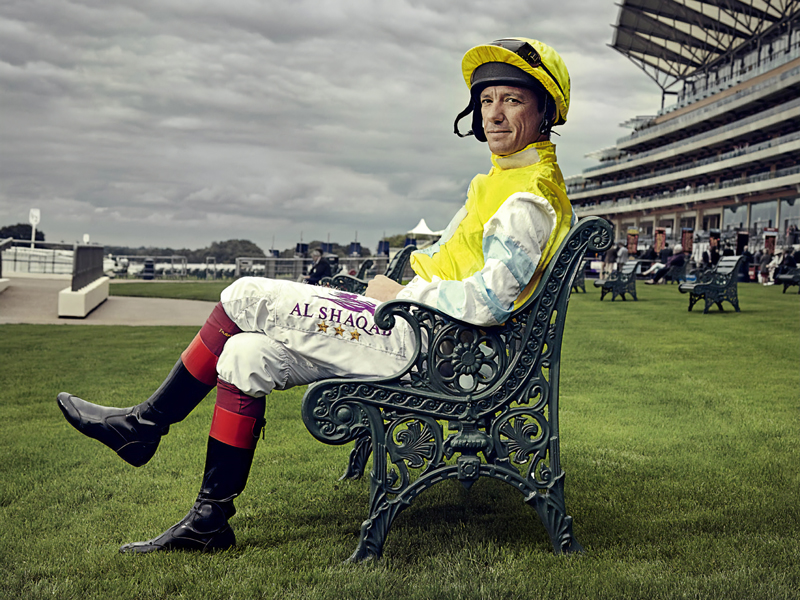 The property is situated in the fashionable village of Stetchworth, three miles from Newmarket, the home of British racing. Like Lambourn in Berkshire, the village is positively rammed with horsey types who look as if they have just dismounted from a mettlesome thoroughbred after a pre-breakfast gallop.

You can hardly walk into the village shop without bumping into someone who has been Champion Jockey – Ryan Moore is another local – or saddled a Derby winner. Matters equine seem to dominate every conversation. If you want a tip for the 4.20 at Uttoxeter, you just have to hang out at the village pub, the Marquis of Granby, where you will meet someone who knows someone. It is a friendly community, bound together by the same passion.

Dettori’s most famous neighbour, appropriately, has four legs, not two. Frankel, the retired wonder horse, resides at nearby Banstead Manor Stud, where he probably earns even more than Dettori, without having to whizz around the country by helicopter.

Another celebrated quadruped, now 21 years old but still to be seen grazing in the paddocks of White Horse Stables, is Fujiyama Crest, the last of the Magnificent Seven that Dettori rode to victory in 1996. Nearly 20 years on, the jockey can hardly look at the animal without smiling. If horses could talk…

“I used to keep quite a lot of racehorses in the stables, but as my children have grown up, the animal cast-list has changed,” says Dettori. “We now have several ponies, two miniature donkeys and an emu called Bruce. And, by the way, they don’t come with the property. You can take my wife, but not my animals!” 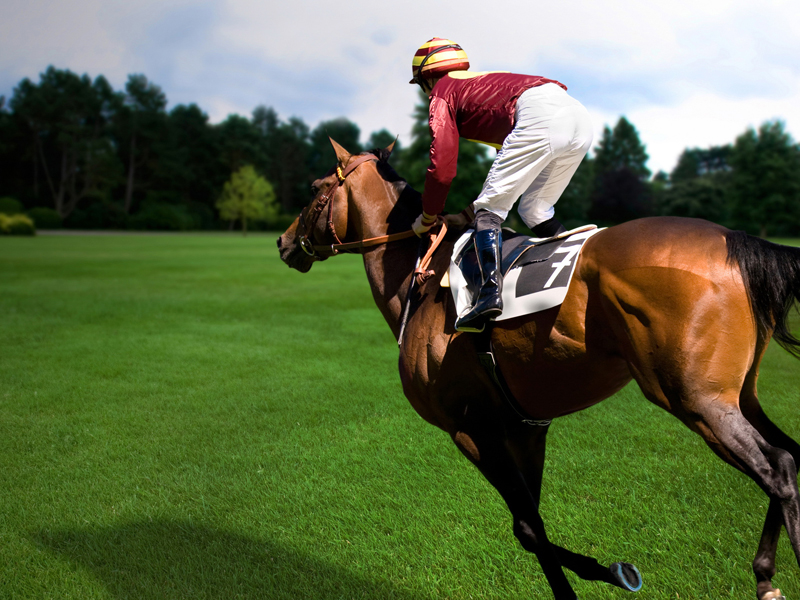 As befits a sprawling family residence, child-friendly features abound at White Horse Stables, from the swimming pool to the recently built tree-house. “It is enormous,” chuckles Dettori proudly. “More like a one-bedroom apartment than the sort of treehouses I played in as a child.” But adult comforts have not been forgotten.

The gym, sauna and steam room are as much to do with work as play. You cannot be a food-loving Italian jockey without having to sweat off a few pounds now and then. But the games room, complete with television, snooker table et cetera, is Dettori’s man cave, a place to escape from the family and perhaps watch his beloved Arsenal play.

If it is the stables and paddocks that the visitor will notice first, the main house, built in 1905, has other points of interest. It was originally commissioned by the 3rd Earl of Ellesmere, a racehorse enthusiast of the day, and designed by Charles Voysey. He was a leading figure in the Arts and Crafts movement and one of the pioneers of modern architecture. For a house of its vintage, it has an almost contemporary feel, with clean lines and airy rooms.

“The property has quite a colourful history,” says Dettori. “Before the Second World War, it was a coach house which doubled as a small hotel. The Queen Mother used to stay here when she was visiting Newmarket. We have tweaked the property inside quite a bit, to reflect our own tastes, and installed a big, open-plan kitchen, suitable for a large family. But in essence, the house has the same appeal it would have had 100 years ago. It has views of the surrounding countryside and, with the green belt running right up to the front of the house, that is not going to change.”

Unless the purchaser of White Horse Stables plans to rip out the stables and turn it into a hotel, the property seems likely – though far from certain – to go to someone else involved with the Sport of Kings. “I suppose it could go to another top jockey,” explains Caroline Edwards of Carter Jonas, the selling agents, “but we are hoping it will appeal to a wide range of buyers looking for a large family home in Cambridgeshire. We have already had a lot of interest from overseas as well as from the UK.

“While the property is not big enough to be turned into a training yard, it might attract a buyer involved with polo – there are a lot of top polo players in the area – or perhaps dressage.” Stetchworth Park, where the GB equestrian team trained for the London Olympics, is just a short canter away.

Whoever buys the home, it is unlikely to have such a flamboyant owner again – a true sporting original and a favourite with racing fans across the country. There are punters from Ayr to Market Rasen who have put a quid on a horse purely and simply because “Our Frankie” was on board. He is a man however whose popularity transcends racing, whilst there may be other jockeys with better records or more consistent results – AP McCoy or Ruby Walsh for example, there is no other jockey who comes anywhere close to matching Frankie’s profile. If a survey was conducted asking non-racing fans if they could name a jockey, it’s a certainty that at least 90% of them would choose Dettori. 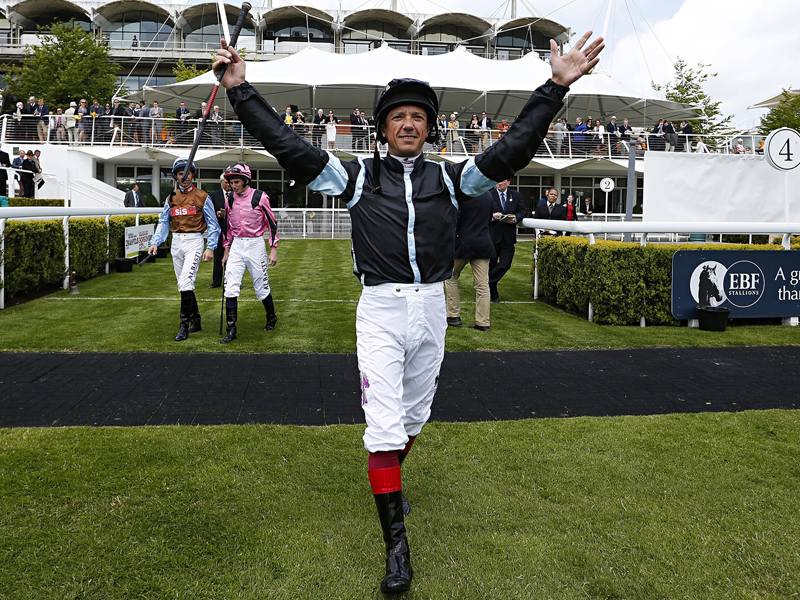 This is not to see however that his personality and profile far outweighs his talent, he is still one of the most exciting jockeys around and his win on Cracksman at the QIPCO Champion Stakes at Ascot in October demonstrated he still has the mentality and fortitude to come up with a big move in a big race. He will always be the casual punters favourite and it is his flamboyant personality that catapulted him into the stratosphere and will continue to serve him well into his retirement from the sport of kings.

At 48, Dettori is in the autumn of his professional career. “A few of us carry on past 50, but riding takes its toll, physically. At my age, when you fall off a horse, you don’t bounce back off the turf the way a 20-year-old does,” he says ruefully. In October, he is looking forward to having another crack at the Prix de L’Arc de Triomphe on Treve, last year’s winner. But he won’t have Frankel as a neighbour much longer. Dettori and his family are planning to move from Stetchworth to a new home, 10 miles to the west. They want to be closer to his brother-in-law and mother-in-law, as well as to the schools and other amenities of Cambridge.

The charismatic jockey clearly cannot wait to begin the latest chapter in his life. But White Horse Stables, with its many happy associations, will always be close to his heart.