The Boxer Of the times Floyd Mayweather has made over $400 million in his very successful boxing career, and from his latest posts on social media he has been spending his money in the best way possible on epic super cars.
Floyd Mayweather's car collection estimated at almost $10 million. His $6.4 million watch collection isn't bad either!

Most high end car collectors tend to inest in a Bugatti, however Floyd must have loved his first one so much he went a bought another two meaning he now has three Bugatti Veyrons, (two standard and one Grand Sport). He likes to make sure his cars aren’t lonely and also has two Ferrari 458 Spiders, along with a Lamborghini Aventador, Porsche 911 Turbo S and a Ferrari 599 GTB Fiorano. The Grand total of just the list above being approximately $7.66 Million and that is plus his many Rolls Royces and Bentleys that he has in white and black. We haven’t included his private jet into the total but that would add an approximate of $45 million.

As well as a huge luxury car fan, Floyd also has a  huge selection of the worlds finest watches which from what i understand value wise is getting pretty close to his car collection at $6.7 Million Dollars Some of which you can see below. 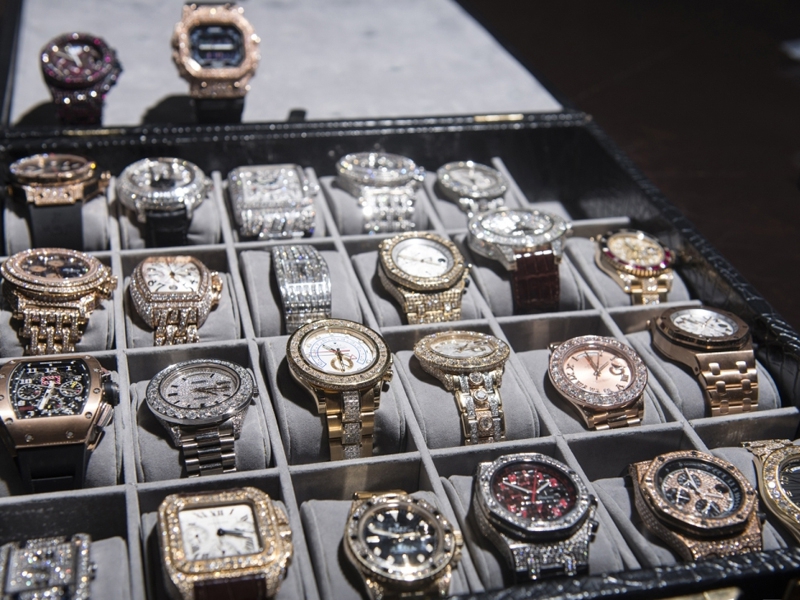