Push yourself to the limit

Viesturs has successfully reached the summits of all of the world’s fourteen 8000-meter peaks without supplemental oxygen, an 18 year project he christened Endeavor 8000. His goal was completed on May 12, 2005 with his ascent of Annapurna one of the world’s most treacherous peaks. He is one of only a handful of climbers in history (and the only American) to accomplish this.
Mr. Viesturs, you are considered one of the greatest living mountaineers and were only the fifth person to climb all 14 eight-thousander peaks without supplementary oxygen. What were the essential strengths you developed over the years to be able to achieve this?

I have to say that this was a personal journey. It was something that I truly loved, and I think if you’re passionate about something and self-motivated, those are the key ingredients. Mountaineering is never easy, and based on my personality, I embrace the challenges. I understood from the very beginning that it wasn’t me that was going to be in control of what happened, it’s the mountain. If conditions are good, then we’re allowed to go to a summit. And if conditions are not good, then we have to go home and try again. It had to do with being patient. You know, we call it climbing, we don’t call it summitting, because climbing takes up 99,99% of the whole event, right? So you have to look at the whole journey and the process and embrace it.

How do you deal with the disappointment of having to turn around in the so-called “death zone” for the first time after months of preparation?

The higher you go, the closer you get to your goal, the harder it becomes. I didn’t have to go back, I got to go back. I changed my attitude. On my first trip to Everest, which was 1987, we made the final attempt to go to the summit and we were stopped 300 feet from the top because we felt the conditions were beyond our control, they were deteriorating, the weather was worsening… I was actually climbing with one of my mentors, Eric Simonson, and he had taught me those lessons where getting to the summit was optional, getting down was mandatory. And to stand there and make the decision with him, it was obvious! I was prepared to do that, and I was very proud afterwards saying, “Those are the rules that I learned, and those are the rules that I followed.” Obviously I was disappointed that we didn’t go all the way to the summit, but it wasn’t our fault. If you don’t come home, it’s not worth it. And people lose sight of that, you know, ambition overcomes common sense.

What is more challenging in the process of climbing an 8000-meter mountain: overcoming the physical or the psychological obstacles?

I’d have to say both, because they go hand in hand. Clearly the physical demands are tremendous, you have to have strength, you have to have endurance… A lot of these expeditions can last for three months. And from the minute you set foot on that mountain, in many cases you’re not getting stronger, you’re actually slowly consuming yourself. You’re deteriorating because you’re climbing at extreme altitudes, you’re not eating as well, you’re using more calories per day than you’re regenerating… So the endurance has to be there. On top of that, when you go high especially without oxygen, the mental fortitude is huge because you’re pushing yourself to do something that your body doesn’t want to do. You’re suffering, you’re hurting, you’re climbing very, very slowly and thinking, “Oh my gosh, I’m not even getting close to the summit.”

How slowly are we talking?

I remember distinctly my first successful ascent to the summit of Everest which was in 1990… That final climb from High Camp to the summit took about 12 hours. And for every step I took, I had to breathe 15 times. 15 times! And I had to get a pace going and a rhythm going saying that at that 15th breath, I have to take another step… Because if I don’t, if I breathe 16, 17, 18… It’s going to take me too long and I’ll never get to the summit. But if I take a step too soon, I’m going to collapse from hypoxia, so there’s this tipping point physically, but mentally it’s like driving yourself: “Alright, at the 15th breath, I have to take that next step. I have to.” And it can be overwhelming to think about that’s all you’re doing for 10 or 12 hours, right?
Absolutely. How do you motivate yourself in those moments? 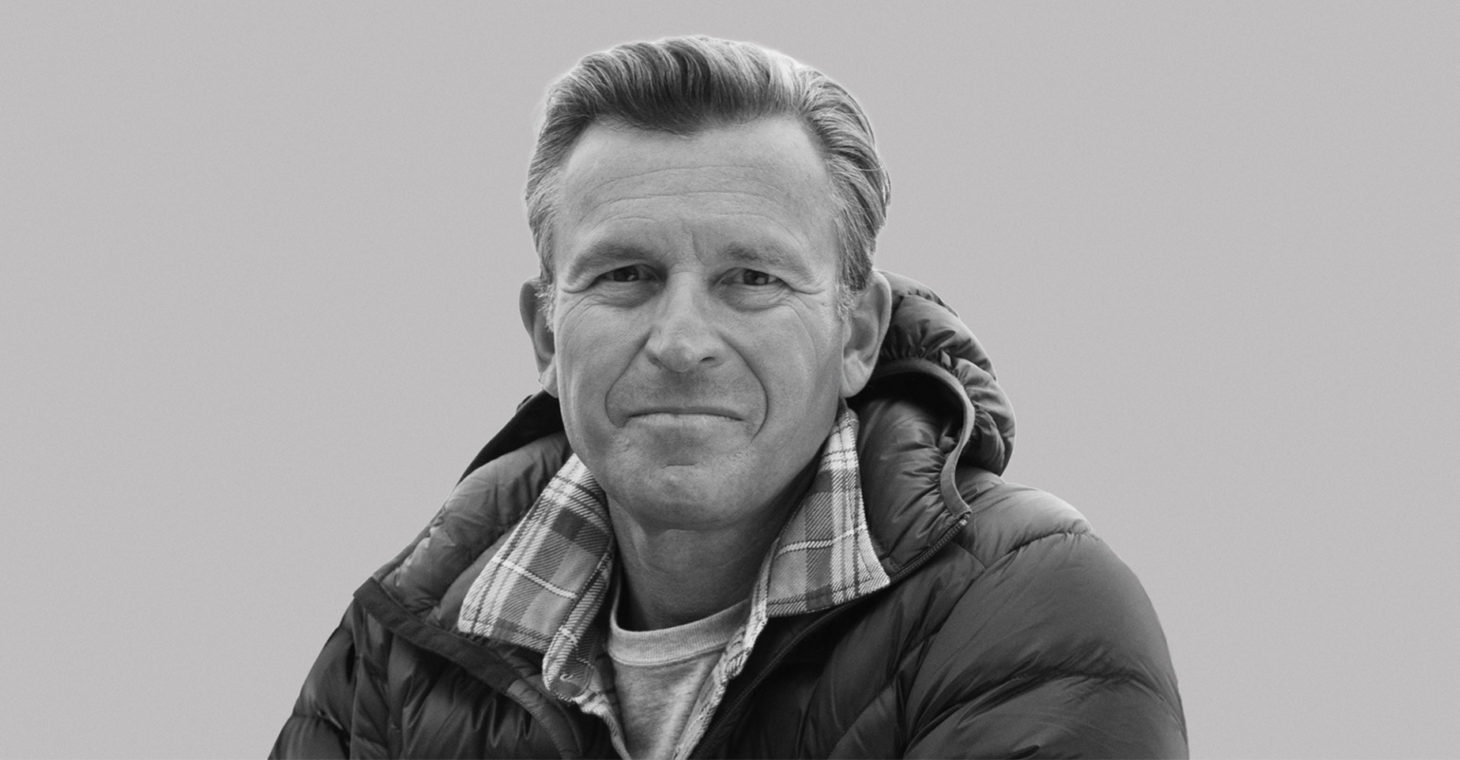 Can you describe what it feels like when you finally stand on the summit after a months-long journey?

It is an amazing moment of complete satisfaction and knowing you accomplished the goal. My biggest motivator for training and preparing was my fear of failure. It’s easy to quit, right? But tomorrow, how do you feel? I took a lot of amateur climbers in the mountains, and what I love to see is the change that occurs when they push themselves. They do something physically and mentally they never would have done otherwise. And when you see them standing at the top of one of these peaks, you can see how they’ve changed. They come down and they go, “Nothing is impossible for me now because of what I did.” It changes their lives, it changed my life and it becomes very addictive as well.

How long do you normally stay on the summit?

If it’s early, if the weather is good and you have plenty of extra time, maybe as long as an hour. And believe it or not, that hour goes by in a heartbeat! But I’ve also been on summits on Everest for as little as three minutes: late in the day, weather is not good, and you’re thinking, “Ugh, I have to start working my way down.” There’s a bit of a span there.

Why did you decide that you wanted to climb these mountains without supplementary oxygen? What makes this process more appealing to you?

For me it was about the challenge. I always thought, you know, if I’m going to go on a mountain like Everest, what is it like to try to push myself to 29,000 feet? For a lot of people it’s more about getting to the summit, rather than how they got to the summit. I think using oxygen on Everest is kind of the norm, the standard… But what it does is, in essence, it reduces the altitude of the mountain, it brings the altitude down to you just so you can go to the top. For me, that was a kind of a contrived way of gaining success, it was way more interesting to me to see if I could push myself physically and mentally to climb without oxygen. It’s just you, on the mountain, and that’s it.

In the end, you didn’t stop util you conquered all 14 eight-thousanders. Do you remember the moment when you decided you were going to take on your Endeavor 8000?

In 1989, I climbed Kanchenjunga, my very first summit of an eight-thousander. The next year, I climbed Everest. Two years later, I climbed K2. And after those three ascents, I thought, “Wow, I’ve climbed the three highest peaks in the world, I love this, I think I have the skill to do more…” It was right at that point where I decided, “Why not go out and climb the other 11? This would be an amazing journey…” It was something I wanted to do and felt that I could, I just didn’t know how long it would take.

Yeah, but it didn’t matter. I always tell young people to find a path in life that you can embrace and enjoy rather than something that you’re expected to do. That’s what makes life interesting. And once you achieve a certain level of success, no matter where you are, what you’re doing, don’t be content with that level. Push yourself to another level. People that are successful are always pushing. I had a lot of people questioning me when I followed this path. And you do have moments of doubt! You feel like an outsider, you feel like you’re doing something not normal — how can I possibly be successful? But that’s entrepreneurship. That’s people that have ideas, that follow their dreams. And in the end, they live amazing, interesting lives, and typically become very successful as well. When I came off Annapurna, which was my 14th summit, I was just absolutely elated. “Look at what I had just done,” it took 18 years, I managed to do it, I financed it and I survived it.
Tags
Sport
Share