5 things you didn’t know about the brand

While Chopard has become more well known for its red carpet appearances and A-lister connections in terms of its stunning jewellery, its watch division is where the brand first started and gained its reputation. We take a look back through its 150 year history to see some of the pioneering achievements that have gone into creating a global luxury brand with over 100 boutiques that appear on the best shopping streets all over the world.
It’s a family affair

Did you know Chopard’s history of fine watchmaking goes all the way back to the 1800s, when Monsieur Louis-Ulysse Chopard (the son of a Swiss farmer) set up his small handcrafted watch making business and ended up with commissions from the Russian Tsars and the Swiss railways?

While Chopard is now often thought of as a fine jewellery house, gracing the ear lobes and necks of some of today’s most glittering stars, watch making was very much where it started out from.

From the very first generation of Chopard watch makers, the pocket watches were renowned for their time keeping and precision, something that has kept on ticking down the generations and into the 21st century.

In 1937 the artisan watchmakers moved from rural Swiss jura, Sonvilier, to Geneva to be closer to their clientele who were the cosmopolitan movers and shakers of the 1930s jet set. Technical precision is what saw the company grow under Louis-Ulysse’s son, Paul-Louis. Chopard’s reputation caught the eye of fellow artisan jewellery maker and watchsmith Karl Scheufele, who bought the company and kept the distinguished name.

Chopard is still a family run business, it’s owned by siblings, Caroline and Karl-Freidrich Scheufele, the children of Karl Scheufele, and they respectively design the women’s and men’s collections for Chopard. 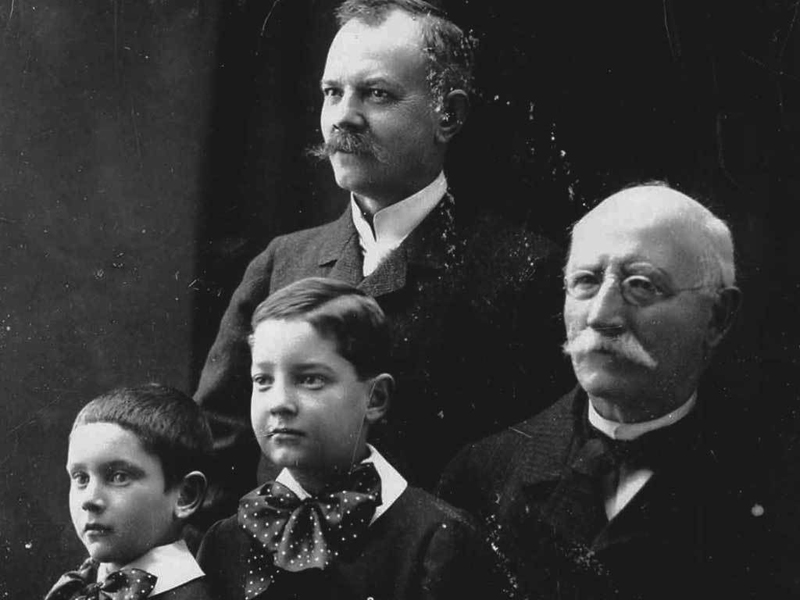 Their watches have been pioneers in design

Working in his new business as Chopard, Karl Scheufele created the first watch in the 1970s to feature a free floating diamond behind the sapphire coloured glass, which found a lot of love with the 1970s A listers.

The next decade, it was a steel sports watch that solidified Chopard’s name as a one to watch in pushing forward what was possible with horlogerie. St Moritz was the first water resistant, shock resistant design that satisfied fine watch lovers. It has grown its collection to include 20 European patents and a turnover of around $800 million per year. It’s made billionaires out of its owners.

It’s Grand Complications collection represents its most pioneering complications and the range comes in ethically mined white or rose gold or platinum. For example the L.U.C Full Strike chimes the hours, quarters and minutes on transparent crystal gongs. These sapphire rings are an integral part of the watch glass, which creates a perfect loudspeaker faithfully to diffuse the chimes of the hammers striking the sapphire. 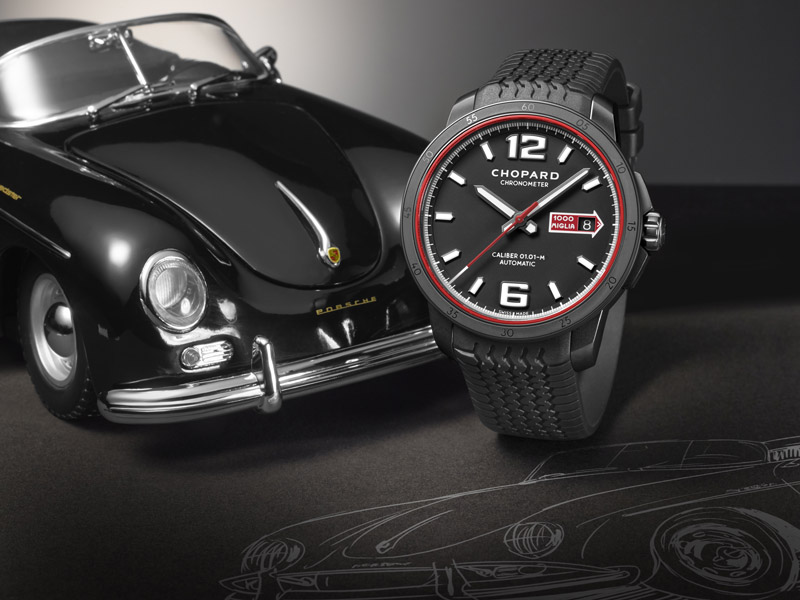 Chopard has a long history with this famous car race

“People say that lovers of fine cars also have a great weakness for fine timepieces and vice versa. In both cases, sporting elegance and outstanding performance are especially important,” says Karl-Friedrich Scheufele

Italy’s Mille Miglia classic car race has long been associated with Chopard, under the direction of Karl Sheufele, who is a keen classic car racer. It echoes a popular race that took place between the in 1920 and 1950s and in today’s annual race, the cars cannot be have been produced after 1957 and need to have been registered in one of the original races. Only 450 cars can take part and it’s the cream de la cream of the European jet set that often appear. Chopard has partnered with the race since 1988, producing a Mille Miglia GTS watch each year which reinterprets the design features of the cars from 1941-57, inspired by the elegant curves and at the time groundbreaking technology of classic cars.

In fact, co-owner Karl Scheufele, told business title, CPP Luxury, that a Mille Miglia Classic XL 90th Anniversary is one of his favourites, “It celebrates the 90-year anniversary of the Mille Miglia race, a classic car competition I particularly cherish. It is the first time a Mille Miglia watch features our in-house manual winding chronograph movement, normally dedicated to the L.U.C collection.” 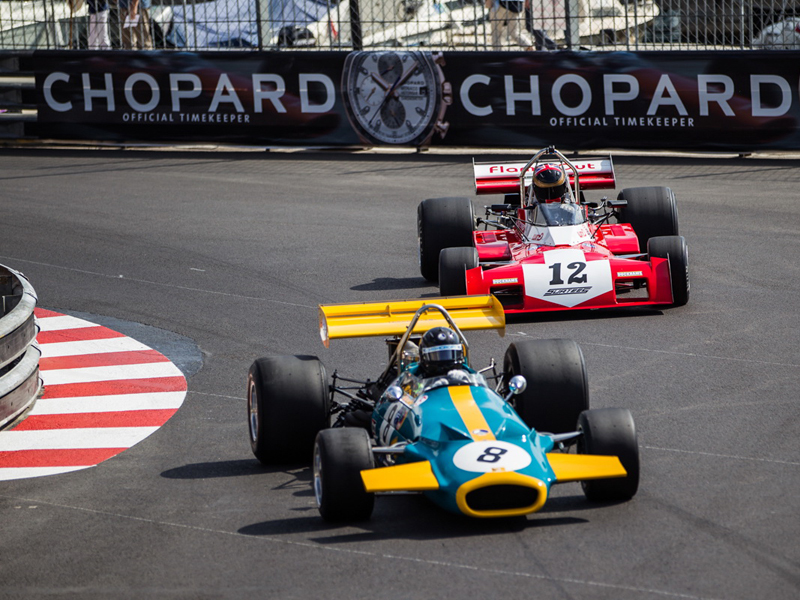 It has a collaboration collection with Porsche

Continuing the love of fast cars, but with a more modern approach, Chopard has more recently collaborated with Porsche’s Formula 1 team, the six strong Superfast collection. These bold and rugged watches are equipped with calibres made in the house’s workshops and have been inspired by Porsche’s achievements from dial to caseback. The Porsche 919 Limited Edition for example, celebrates Porsche’s return to Le Mans and echoes the 919 Hybrid complete with the 919 Logo at 9 o’clock and comes with the same silver colour as the prestigious Porsche. As with all good things, the numbers are limited - this time to 919 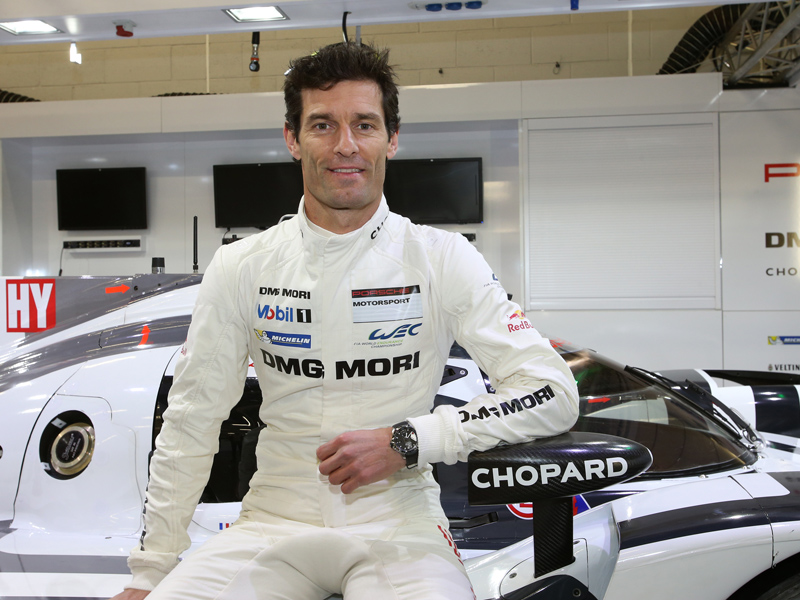 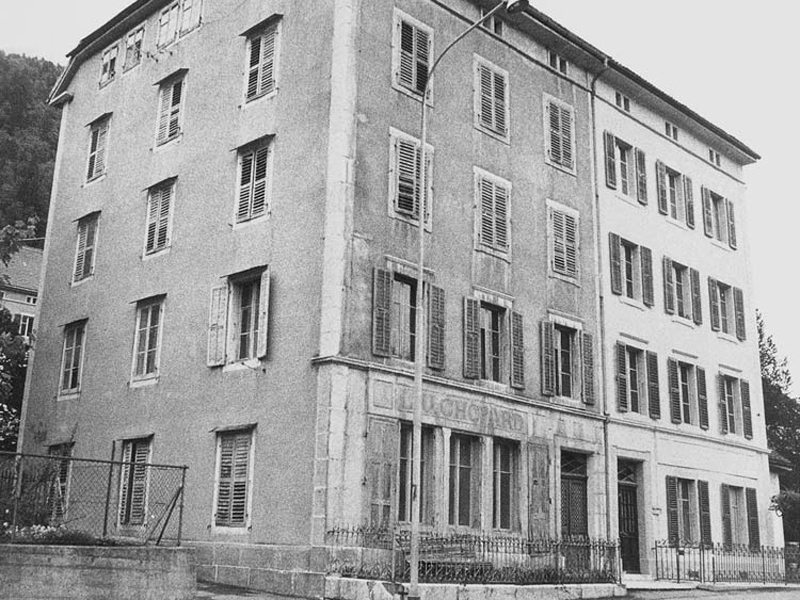