for the World’s Biggest Sporting Event

The famed afterparty takes centre stage at the Le Royal Meriden from 27 Nov to 18 Dec Basement Jaxx, DJ Jazzy Jeff, Lil Jon, The Stickmen Project, and Djibril Cissé to headline the luxury entertainment extravaganza with more acts to be announced soon.
After more than 20 years as the world’s most exclusive VIP afterparty at key Formula 1 destinations around the world (including Monaco, Singapore and Abu Dhabi), Amber Lounge is venturing beyond the Grand Prix circuit for the very first time with its inaugural ultra-luxe pop up party in Doha, Qatar, where the FIFA World Cup 2022 will be taking place.

Amber Lounge is set to make its month-long debut appearance from 27 November to 18 December taking over the palatial Le Royal Meridien hotel. Guests will be transported on a multi-sensorial journey, featuring international artistes and exhilarating world-class entertainment including theatrical cabaret and cirque-themed performances while being immersed in another level of indulgence. 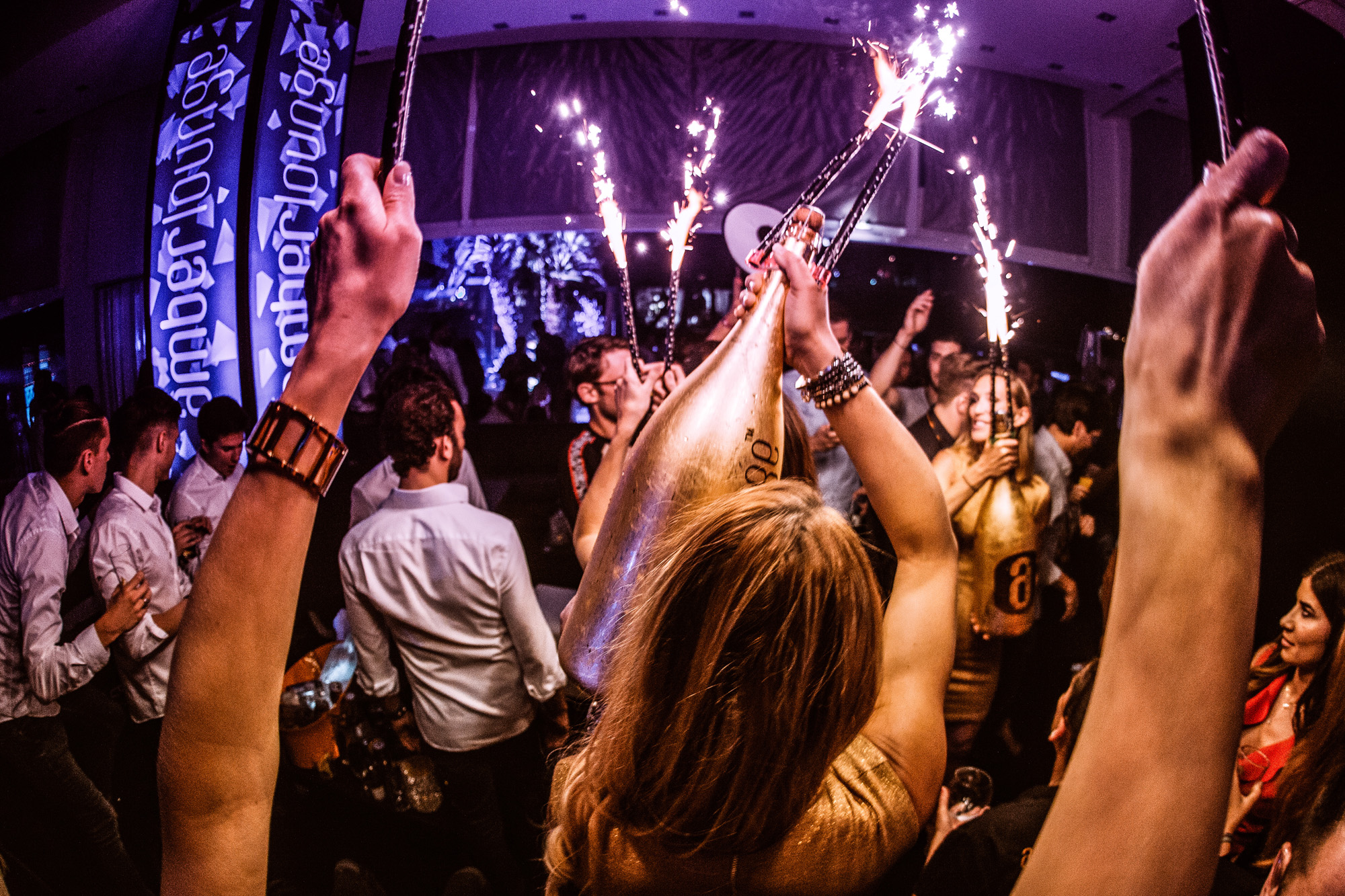 Striking Latin American DJs and singing duo, Le Twins, will be performing at Amber Lounge Qatar over two nights on Tuesday 29th and Wednesday 30th November. Characterised by their energy on stage, Le Twins also sing live to all of their own productions. They have played as part of the Ushuaia Ibiza event of Tomorrowland, and have had collaborations on stage with legendary DJs Steve Aoki, Martin Garrix, Dmitri Vegas, and Marshmello amongst others.

Another major highlight coming to Amber Lounge on Wednesday 7th December, is a special DJ feature by much loved professional football player Djibril Cissé. Throughout his exemplary long-standing career he has represented the French national football team as well as playing for other European clubs, and is most well-known for his time with Liverpool as part of the Premier League division. The flamboyant Frenchman has been pursuing his passion and talent for music, and has been travelling the globe as a DJ over the last few years.

Thursday 9th December, Amber Lounge will play host to a DJ set by English electronic music duo, Basement Jaxx, consisting of Felix Buxton and Simon Ratcliffe, who’ll perform hits from their ground-breaking, million-selling debut album, Remedy. The dynamic DJs first exploded onto the UK dance scene in 1997 and achieved massive success with a double platinum UK number one collection, The Singles, as well as earning two BRIT Awards and a Grammy along the way. Ever maintaining their huge popularity, their long-running Ibiza residency at ‘Glitterbox’ is arguably the best night on the island. 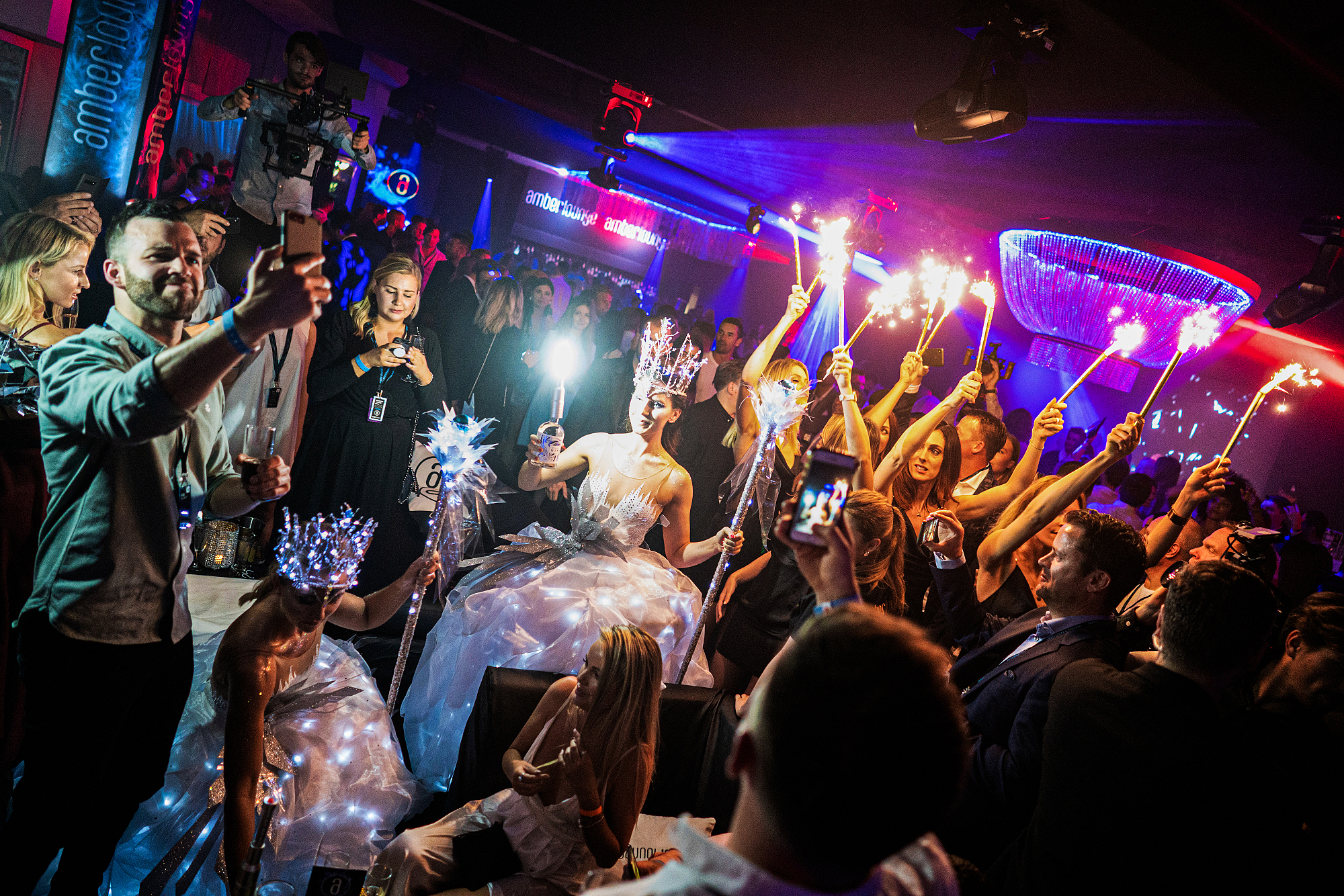 Guests will be treated to iconic renditions by legendary Grammy award-winning hip-hop and R&B artist DJ Jazzy Jeff (alongside MC Dane) who will headline Amber Lounge for not one night but both nights of the Quarter Finals on Saturday 10th and Sunday 11th December 2022. Globally renowned for his partnership with the Fresh Prince (aka Will Smith), the multi-talented music producer is considered one of the best open format hip hop DJs in the world. A musical craftsman weaving in classics from hip hop to house, 80s to 90s to the current hits, through his flawless mixing and scratching and incredible tunes, expect to hear mega-hits including chart toppers Summertime and Boom! Shake The Room.

The lavish afterparty has confirmed American rapper and producer Lil Jon, the former lead frontman of the multi-platinum selling rap group Lil Jon & The East Side Boyz, who will perform at Amber Lounge after the Semi Finals matches on 13th  and 14th December. Widely considered to be instrumental for the emergence of the hip-hop subgenre crunk, Lil Jon is credited with bringing the genre into the mainstream, producing the Top 10 Billboard Hot 100 singles Get Low, Goodies, and billion time viewed YouTube hit Turn Down For What with DJ Snake.

On Thursday 15th and Friday 16th December, popular live drum act The Stickmen Project are sure to build buzz with their unique musical showcase. Hailing from the UK, the dynamic duo consisting of Greg Zwarich and Paul Mintsoulis are best known for performing in an all-black outfit with LED lights depicting the outline of a stickman character.

Said Amber Lounge CEO, Cher Ng, “We’re incredibly excited to be bringing what is arguably considered the world’s most exclusive afterparty to Qatar in conjunction with the world’s biggest sporting event. We anticipate high-level demand particularly with the likes of VVIPs who are looking for the ultimate post-match party experience as well as bespoke VIP hospitality packages.” 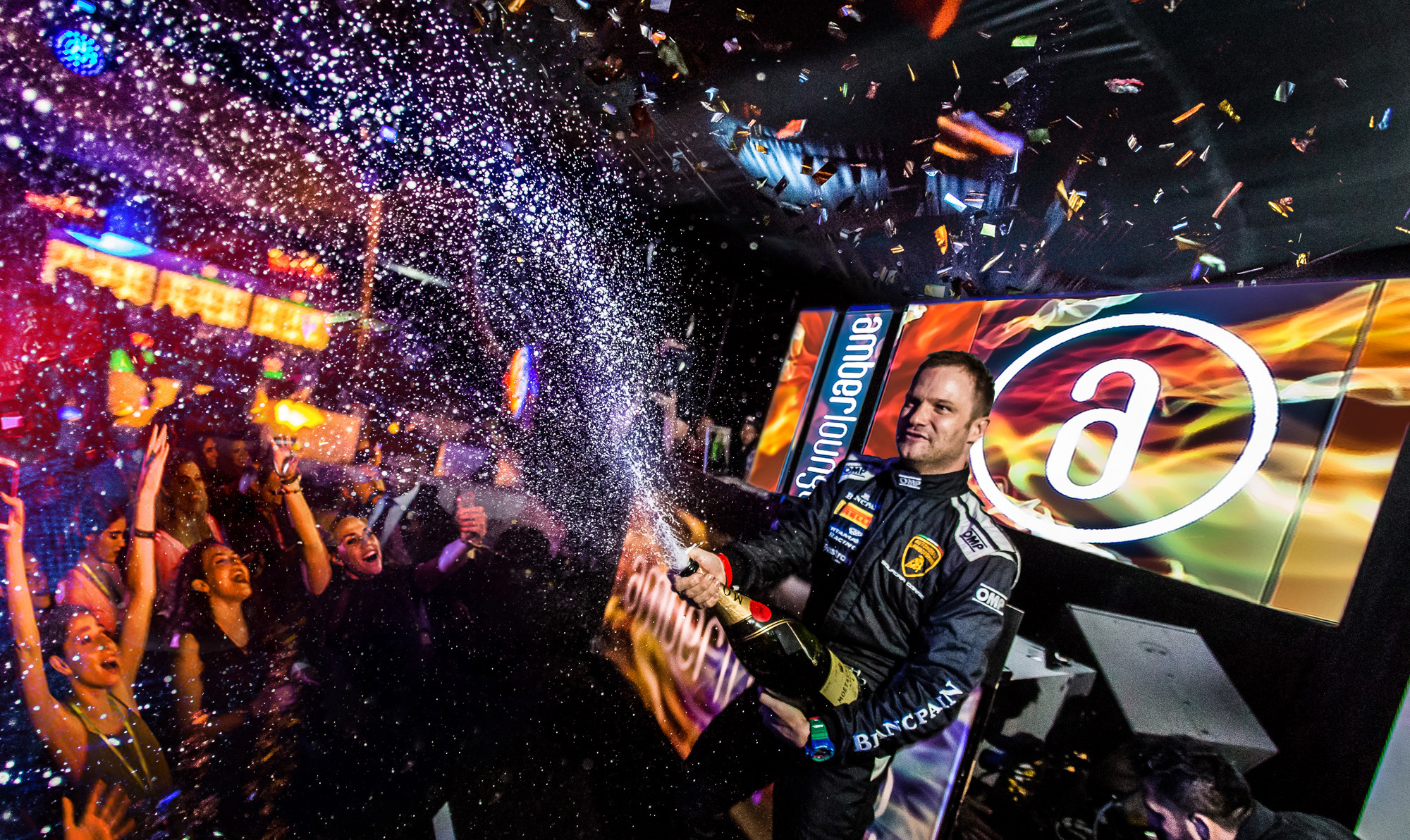 “Based on our sell-out events and hospitality experiences for both the recent Singapore Grand Prix and Monaco F1 weekend earlier this year, we played host not only to members of the F1 community, but also ultra-high net worth individuals, corporate clients, crypto whales, celebrities and supermodels at Amber Lounge, smashing our 20 year record of delivering world-class VIP party and lifestyle experiences,” added Amber Lounge Group Managing Director, Jeannette Tan.


To elevate the guest experience, Amber Lounge is introducing ultra-exclusive suite concepts to its table packages including its DJ Suite, Diamond Suites and Amber Suites. Some of these premium Suite offerings comprise private booths for the ultimate in privacy within the venue, whilst offering prime views of performances and VIP table service.

The most expensive suites are the DJ Suite and Diamond Suites with bespoke offerings, and each of which bears an ultra-exclusive price tag of more than tens of thousands of dollars for only the most discerning guests. 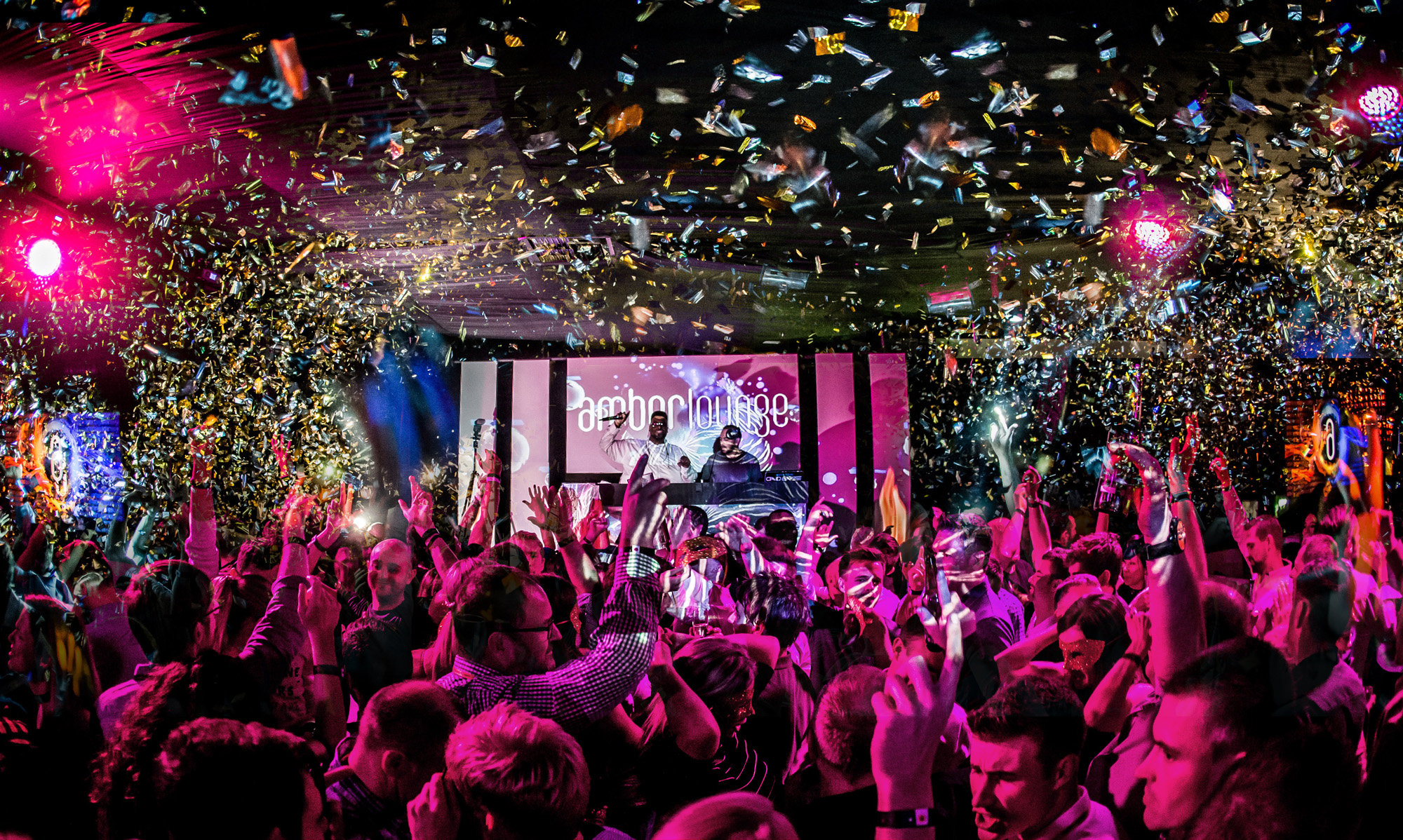 Crypto-savvy folks will be pleased to know that Amber Lounge recently launched an exclusive NFT-based VIP membership which grants NFT holders exclusive lifetime access to Amber Lounge events and experiences around the world.

VVIP access for celebrities and footballers can be arranged via our dedicated VIP Manager at vipaccess@amber-lounge.com

DJ SUITE
Exclusive elevated and King of VIP suites, located behind the DJ console with VIP table service. Only one suite available. Pricing available upon request.

DIAMOND SUITE
Bespoke hospitality package including VIP table service with a choice of either the best upfront views of our mainstage performances and located right in front of the dancefloor or more private booths with privacy curtains also facing towards the mainstage. Pricing available upon request.

**All VIP tables are subject to availability and package prices and offerings are subject to change at each round of the tournament up to and including 18 December 2022.