Discover the delights of the Patek Phillippe Nautilus

Known as the watch brand you look after rather than actually own, Genevan owned Patek Philippe, is regarded as one of the most prestigious watch brands, any item from its collections is an investment, not just for you but for your children. Anyone who bought a Nautilus watch in the 1970s, or since then, will agree with this sentiment, the brand’s first luxury sports watch has become an iconic item.
Patek Philippe’s Nautilus divided the brand’s followers when it was first released in 1976. Its functional and angular ‘port-hole’ design felt like a huge move on from the brand’s complex and fancy dress watches and the modern design didn’t sit well with everyone. It was known as the ‘enfant terrible’ watch in the house’s ranks for a long time. 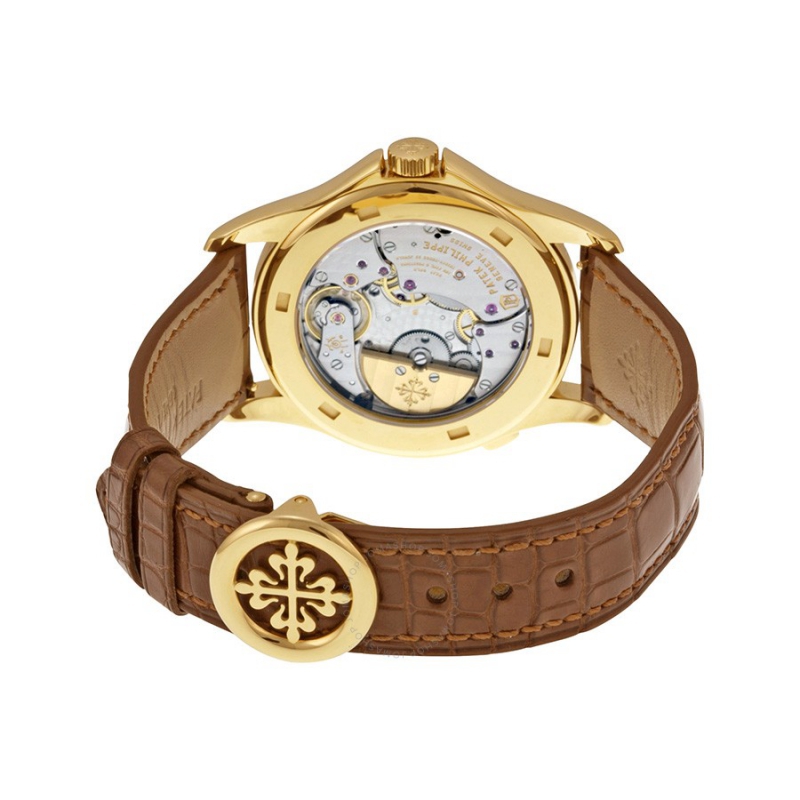 Designed by Gerald Conta, (the great watch designer who started at Omega), he designed the Royal Oak watch for Audemars Piguet a couple of years before, which looks more like a sister model to the Patek Philippe Nautilus.

When the Nautilus was first released to market in ’76 it was nicknamed ‘Jumbo’, sitting at 42.8mm x 41.8mm. Compared to the house’s standard 36mm, and other brands, the diameter seemed huge and a bold move at the time.

With ‘lugs’ on each side of the face, the watch features a second hand and date window within the ‘port-hole’ design which has a softer and more curved feel than its sister watch over at Royal Oak. The bezel and the case are screwed together like a port-hole. This first model was awarded a Swiss patent for its water resistant case (up to 120 metres).

A much smaller ladies version was launched four years later, in 1980. While the ‘Jumbo’ was discontinued in 1990, the brand brought back a larger diameter version again, at 43mm (one of its largest watches in any collection), in 2006, on the 30 year anniversary of the original model. 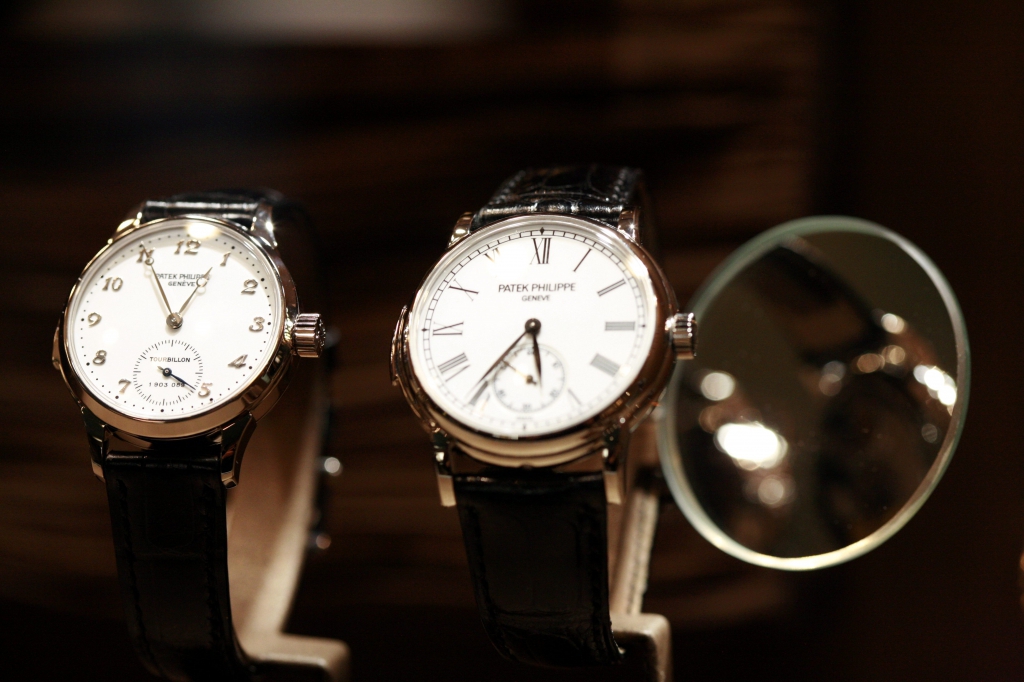 The 2006 Nautilus collection features slight redesigns to soften and subtly update the watch without losing its original spirit. One such slight change is
where the dial of the original Nautilus is only one colour, in the new style, it changes magnificently in the light, from dark green to blue, it is truly captivating. While many cheaper watch brands have now mastered this craft, Patek Philippe were the pioneers to develop a dial with a small gradient that would change colour in the light.

Originally the Nautilus employed the caliber 28-255C, based on Jaeger Le Coultre’s caliber 920. This was updated to Patek Philippe’s own developed in house 324SC caliber in the new range of Nautilus in 2006, which can all be seen and appreciated through the transparent case back. This caliber movement is only 3.3mm in height and uses a ball bearing system and Gryomax for balance, both respected in the industry, but it doesn’t sit quite as flat as the original model.

Stainless steel sports watches rarely are finished to the same high level as the original Nautilus range, it always had a much thinner bracelet than other sports watches with a double folding clasp for ultra security, which was the first time the brand had made such a thing.

Since 2006, various evolutions and versions of the Nautilus range have been introduced. While this was always meant to be a stainless steel sports watch, there is now a fine 18 carat rose gold version with an alligator strap. Patek Phillippe has also released the Aquanaut for a slightly more up to date and smaller take on the Nautilus. And there’s the Nautilus Chronograph, which features an in-house caliber CH 28-520C automatic movement with a solid gold rotor. It manages to fit the time, date and 12 hour chronograph in to one sub-dial, which keeps the face clean and attractive while being quite complex. 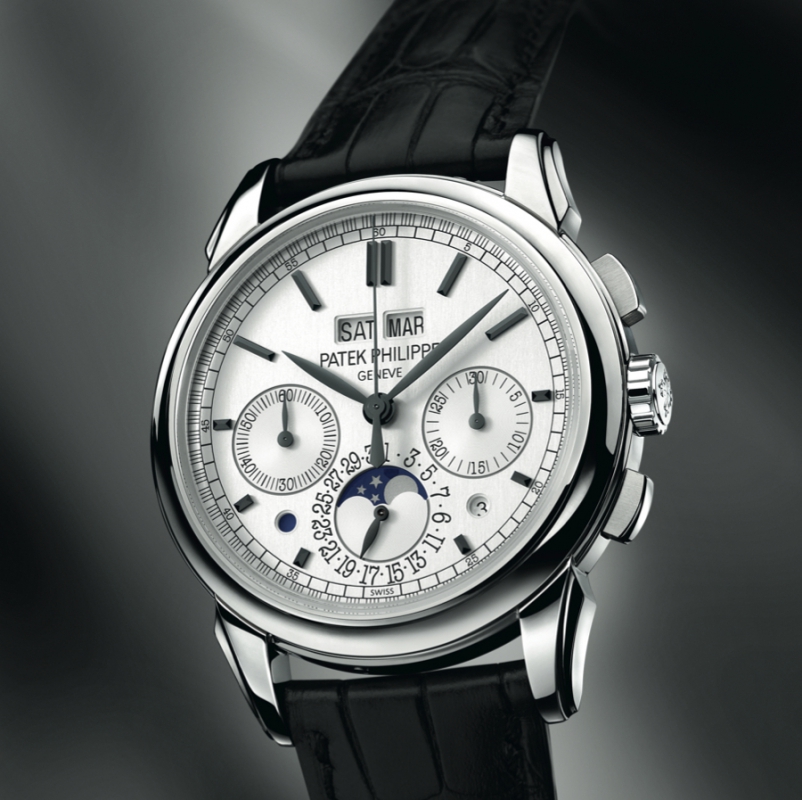 Buyers who love the retro looking Patek Philippe Nautilus range are torn between buying vintage and buying a new Nautilus, with the former often having the higher price tag. For a Nautilus purist, the vintage watches that are constructed from two parts for the porthole so truer to the design, where as the new versions have a separate case back. Over the years Patek Philippe also added a seconds hand to the watch, making the bezel a little thicker, but it is hardly noticeable.

No matter which style of Nautilus you invest in, you can be guaranteed you’re buying a part of Patek Philippe’s past, a part that will last forever.


BOXOUT 1
Watch Art Grand Exhibition, London
From 27 May-7 June Patek Phillippe will present its Watch Art Grand Exhibition at the Saatchi Gallery in London. It will celebrate its 175 year history of high precision watch making and its heritage in the domain of haute horologie. There will be artisans working live and visitors can see over 400 pieces.

BOXOUT 2
Best of the best
Patek Philippe, one of the grand Swiss horology houses, is 175 years old this year. Antoni Patek started making pocket watches in 1839 before joining Adrien Philippe, the French inventor of keyless winding in 1845, they debuted Patek Philippe in 1851. The company pioneered perpetual calendars, split second hands, chronographs and the minute repeater in its watches and now produces around 50,00 watches per year, making all of its own components. Patek Phillippe’s watches have become some of the most expensive ever to be sold at auction. In 1999, Sheikh Saud bin Mohammed bin Al Thani of Qatar bought the Henry Graves Supercomplication timepiece for $11 million (a bespoke pocket watch with 24 functions produced in the 1930s), then the most expensive timepiece to be auctioned.