Ricardo Oliveira is a former Brazilian National team player who plied his trade in his local Brazil, Real Betis, Real Zaragoza, Valencia in Spain, A Champions League winner with Ac Milan and multi cup winner with Abu Dhabi’s Al Jazira. He was born in 1980 in Sao palo, Brazil and has spent the last 5 years of his career in the UAE Pro League.
Life Beyond Sport had the pleasure of his company as we discussed UAE life and his footballing career. 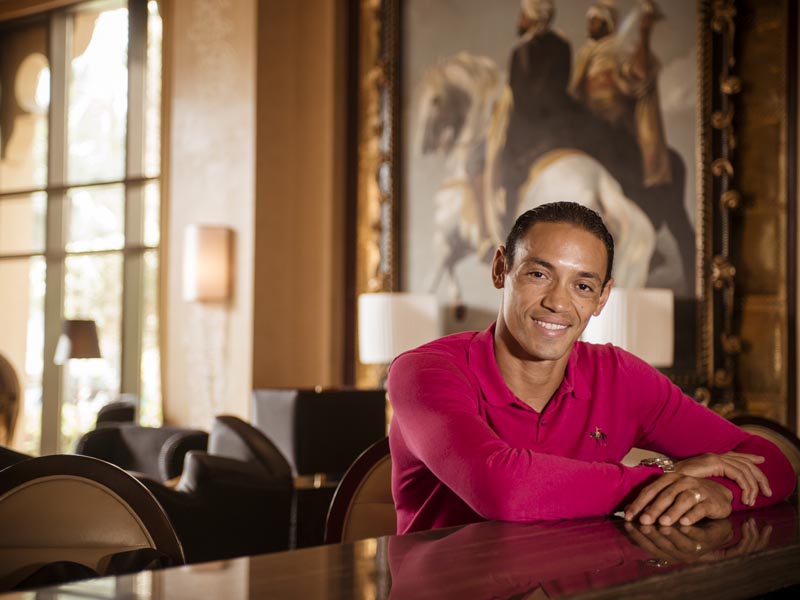 Q - How and when did you know you are going to become a professional footballer?
“I was 17 years old. Too late for a football player! People in the neighborhood were always telling me I will go to a big club and I will be successful, but at that time, I had to work so I could help my mum. My father died when I was 8 years old and I grew up in the poor side of Brazil, the Favelas. I came from nothing to be known in the world and I am able to help my mum and the family.”
“One day, a friend of mine called Luciano, he was a coach and had a team in the community and knew me well. He came and told me he was taking me to have a trial at Corinthians, he took me in his car and after I had the trial, I was accepted.”

Q - What was your most memorable moment in your career?
“The most memorable moment was the first time with the Brazil National team. This was in 2002; the team had just won the World Cup in Korea – Japan. This team had Ronaldo, Ronaldinho, Rivaldo, Cafu and all these players. After meeting them the first time, they were really nice and everyone from the captain and all the players came to wish me good luck. Later after I went back to the hotel, I called my mother and told her about the experience. I couldn’t believe it because these were the players I was watching and admiring and I had a chance to be with them.” 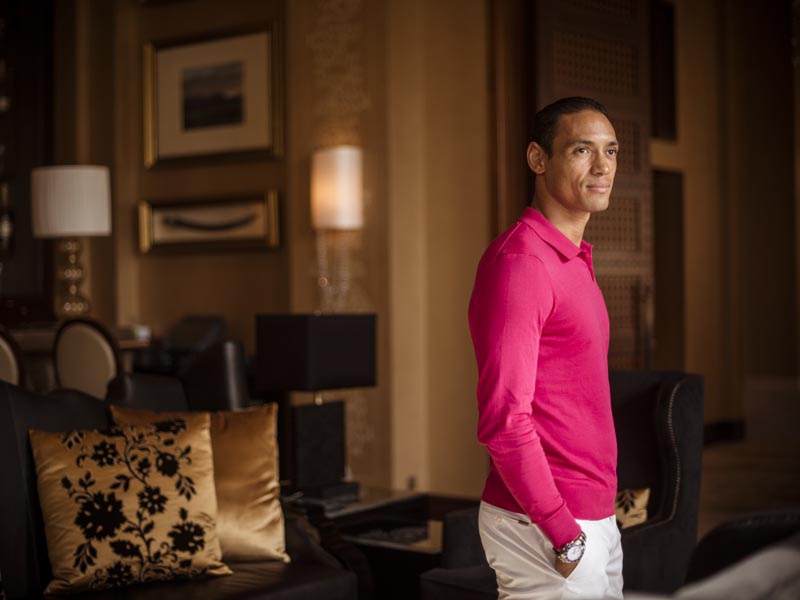 Q - How would you describe yourself as a footballer?
“I’m a focused player and I work hard. I play with belief and try to do my best always. I’m not an aggressive player. I learnt a lot from Ronaldo, the Brazilian, El Fenomeno!”

Q - Most footballers are very superstitious; did you have any rituals or special things that you do before games?
“I am not superstitious at all. I like to focus on the game and be ready. I don’t listen to music or anything, but if there is music in the dressing room, then it’s good because then the place is not too quiet. But mostly I focus on the game and prepare how I will face the opponents.” 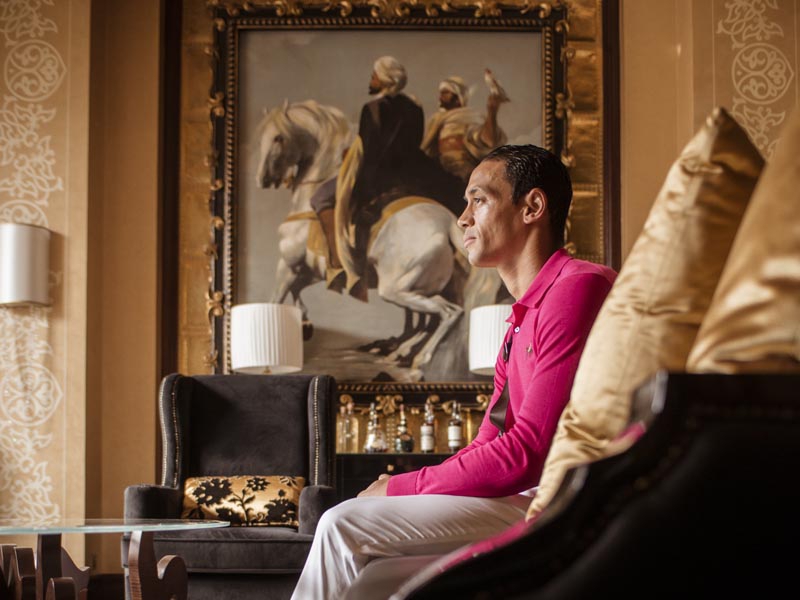 Q - Who in the current Al Wasl team do you think deserves more credit than he is getting right now? The most underrated player.
“We have a very good player here at Al Wasl, his name is Fahad, wears the jersey number 99. He is fast, he has good skills on the ball and he is intelligent. He still needs to learn and to sacrifice himself in the training. I spoke to him and I told him he needs to work harder and he will enjoy the games and he can be a star here in the UAE. Since I’ve been here, I honestly haven’t seen a player that has his potential.”

Q - Who is your footballer role model? The player you tried to build your game as.
“Ronaldo, El Fenomeno. He was my favorite all time player and I learned a lot from him and I always try to make my game like his. I also like other players, there was Romario, and there is Cristiano Ronaldo, Messi, I like these kinds of players.” 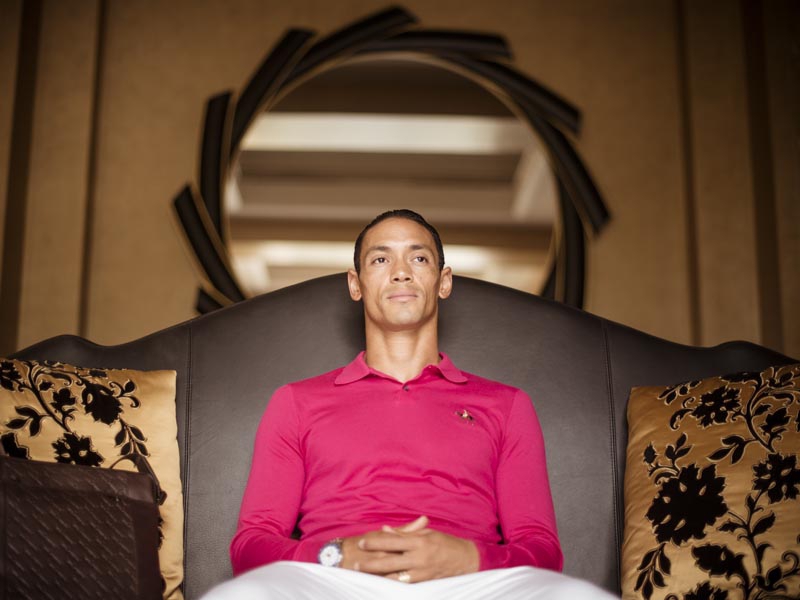 Q – What is your favorite Stadium?
“My favorite stadium is the Maracana, in Brazil. This stadium is amazing, and it has a lot of history and it used to be the biggest stadium before. I first played there in 2001 and I scored as well. I took pictures and everything when I played there. It’s a special stadium in Brazil”

Q - Best player in the world right now according to you, and why?
“Lionel Messi. He took the best player award 4 years in a row. He is an amazing player, he can decide the game on his own. He can score and he has broken a lot of football records and he is only 25 years of age, still a very young player.”

Q – What has been your best experience in the UAE?
I’ve been in the UAE for five years now, and was in Al Jazira for four and a half years, and now with Al Wasl for the past six months. Whilst in Al Jazira, we made history there when we took the League, Etisalat Cup and the Presidents Cup, as well as winning the double with Al Jazira.   We went ahead in the Champions league and I broke the previous record of 8 goals, I scored 12 goals but in the next year the record was broken by a fellow Brazilian player who scored 14 Goals. Those were great times and moments of my being in the UAE. Now I’m here with Al wasl, and I am looking forward to some good experiences as well, my new home and I am sure there will be many great and memorable moments”.