When I finish I will disappear

Talking with Guardiola about sport and education is a lesson in good management and coaching. Nothing in his way of acting is the result of chance, he is analytical and pragmatic, an icon, like Johan Cruyff in his time, and he has created a school of thought. In this interview, he tells us what sport has meant in his education, how it has shaped his character, how it has influenced his personality and his way of managing teams. And also how important it is for an athlete to think about their future while they are still active because the moments of glory will, sooner or later, be just a memory. He has admitted he may be “arriving at the end of his career” aged just 45, Telling us “the process of saying goodbye” had already begun.
TEXT: CAITH ROHAN // PHOTOGRAPHY: DSQUARED2


What does football mean for you off the pitch?
I was born in a small town and, with my friends, I’ve always played football. I can’t think about a life without sport.

What influence do you think sport has in communities, in social development and education?
I have always thought that sport is the most powerful tool for education. You can understand everything through sport. When you’re in a community, in a team, and you play football, basketball, whatever it is, you know what your relationship is with others, you realize whether the other is better than you or if you are better than them and you must make a greater effort to help you grow; to understand the coach’s decisions. When you win a game you must remain calm and when you lose, you have to work harder and be more focused because you’ll have another chance to show what you are like. I can’t understand how I am as an individual, my personality, without sport. 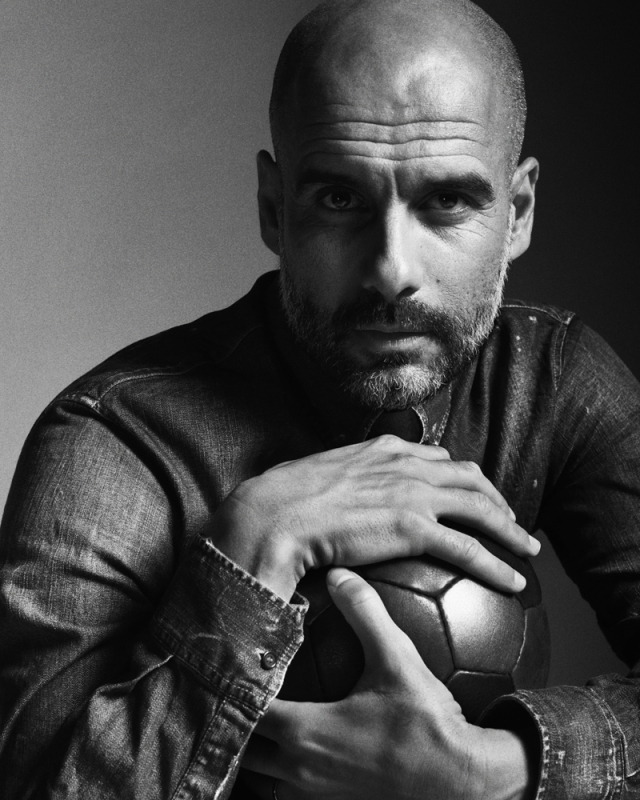 Do you think the players you have worked with in your career are aware of their social responsibility or the power they have to change things?
It is difficult to know how others see you. I don’t know what influence I have on other people. In the end, you have to show yourself as you are, and obviously that will depend on your education. If you have a good education, people receive better inputs than if you don’t have values. But I don’t know if my values and influence on people are good. All I want is to do my job the best I can and be honest with myself, and I hope that is good for others.

What qualities does a coach need to lead a team?
It isn’t easy. You need to show your qualities in terms of tactics, vision and, at the same time, manage very different personalities; not only your players but also the people who make up your staff, and try to convince them that the way they are going to play and live for the next 11 months is the best. In the end, a leader is a person you follow for no real reason. They follow you because they believe in you. And that is our dream as coaches, but I must admit it isn’t easy; sometimes you are not able to do it.

You’ve successfully managed to do it throughout your career. How did you prepare your transition from player to coach?
When I was 26 or 27, I thought I wanted to become a coach. My transition was easy because I took a year off after my retirement, I took a year to get my license and then FC Barcelona gave me a chance. Obviously, today it’s completely different: as a player, you train two hours and you go home; as a coach, you train those two hours, but you’ve also spent another two hours preparing that training, and so on continually. You can work 24 hours a day if you want, there are always things to do. You have to be prepared to be mentally calm, try not to feel exhausted when you’re training. You have to find a way to be comfortable with your work, to work to the maximum, but also to have time for your own life.
Johan Cruyff always said that when a coach is able to build trust, good results are guaranteed. 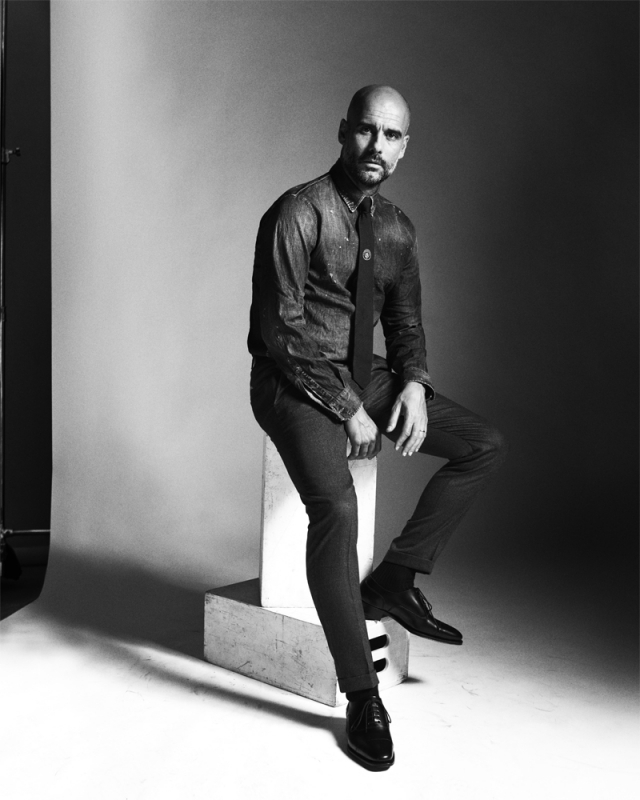 Do you agree with that?
Absolutely. When you get people to follow you it is because they have confidence in you. Then, you might not get the results you want, but you will feel equally rewarded. I know that everything is judged on the results: if you win you succeed, and if you don’t win it is a disaster. And you have to know how to handle that situation, because sometimes you don’t win but you’re happy because the relationship with the players, your staff, with everyone, is good. Certain moments of conviviality with the players are enough to know that all is well.

How much of your leadership ability is innate and how much did you learn?
I wouldn’t know how to quantify it. Obviously, the way you communicate, how you feel and the way you are is natural. In front of the players, the media, the public, you can’t be continually acting. But on the other hand, the way you understand the game, the influence I’ve had from Johan and other coaches is huge. The influence of Johan especially, because he was the one I shared most time with, was very important in my becoming the coach I am. What is more difficult to manage – success or failure?
You have to get used to managing both. When you win everything, your players have great confidence in themselves, they believe that if they have managed to win two, three, four times, they can do it again. That builds confidence, but at the same time there is a risk that they think they are better than they are, and you have to calm them down. And when you do not win, you have to be closer to them, empathize and make them understand that we can win next time. The advantage of managing these situations is that they are willing to let you help them. But during your career, you should be able to face both feelings every three or four days.

What do you think of the initiative to train athletes so they have a proactive future and opportunities to join the workforce after their career?
The most important thing is he understood that behind a football, basketball or tennis player is a man or a woman like you and me, with feelings, fears and joys. And he knew better than anyone that once you finish your career, you go from having everything to having nothing. You have to change your life. This message that Johan gave us I have also passed on to my players: you have to look for new things in your life, do something special that fulfills you because life is very long and the time will come when, at 35 or 36 years old, you can no longer live from what you’ve done because people are not interested. People do not care what I did as a player, not even what I did last year, but what I am now. While you are an active athlete you have to prepare for what’s coming, to do something different. What sport values can be applied in the business world?
The business world is totally different and you must prepare for it. Believing that just because you were a great athlete you are going to succeed in business is a big mistake, because while you were dedicated to your sport, others were training professionally, and therefore are better than you. But the passion you have put into your career is extra, something special that you must maintain, and being able to train yourself to continue to be part of the sport industry is fantastic. It is true that athletes have a sixth sense but, in business, a process of adaptation is necessary and there are things you must learn.

In terms of a manager’s skill, what is the most important thing?
Tactics are so important because everybody has to know what they have to do on the pitch. The relationships and behaviours off the pitch between team-mates have to be as good as possible. Everything is important: your life, your private life, your relationship with the media. And especially we are going to try to convince this amazing club that they are good. They are good. And the fans as well; the fans have to believe they are good, the club are good, the players are good. We don’t have the history, the shirt of Barcelona, Madrid, Juventus, Bayern Munich or Manchester United, their titles. To be in Europe – we have to try over the next decade to be there every year. That is the most important for the club, more than winning one title, believe me.

In your mind, is football more like an orchestra, which is conducted and rehearsed? Or is it more like free jazz?
In the first part of the process, the defence is schematic things – four or five movements. So I believe that’s more schematical, more like an orchestra. But offensively, the way you attack is open. In some parts of the pitch of course you have to be creative and take the chance. But I don’t like it when people say: ‘I like freedom; I want to play for myself.’ Because the player has to understand he is part of a team, with 10 other players. If every player plays like a jazz musician, it will be chaos. They will not be a team.

What do you love about football?
The game itself, the 90 minutes, where you prepare the tactics and the training sessions. That is the reason I’m here. When I finish my career as a coach I will disappear. You won’t find me again in your life. On the golf course but … I like the game. I think all the managers are like that. Football is a beautiful game.