From winning the F1 to family man

It remains, 3 years on, one of the most stunningly left-field decisions in sport. Nico Rosberg is the driver who won it all, consummating a dream he had carried almost from the cradle, and then simply walked away.
One moment he is being borne aloft in the Abu Dhabi paddock, a newly-minted world champion heading for a hard night of champagne and vodka, the next he is a dutiful house-husband, helping his wife Vivian run an ice-cream parlour in Ibiza.

A slight comedown? Anything but, it turns out. “Life,” he says, stretching out on a radiant summer’s morning at Goodwood House, “is awesome.”

We are sitting in an elegant courtyard, not far from the state apartments, where Rosberg stays as a guest. Being a man of leisure suits him, even at the tender age of 34.

Fresh off a flight from the Balearics, where he has just celebrated his birthday, he looks as if he could still pass for 21. As he puts it: “My Formula One book is closed, with the best possible ending. And I love books with great endings.” 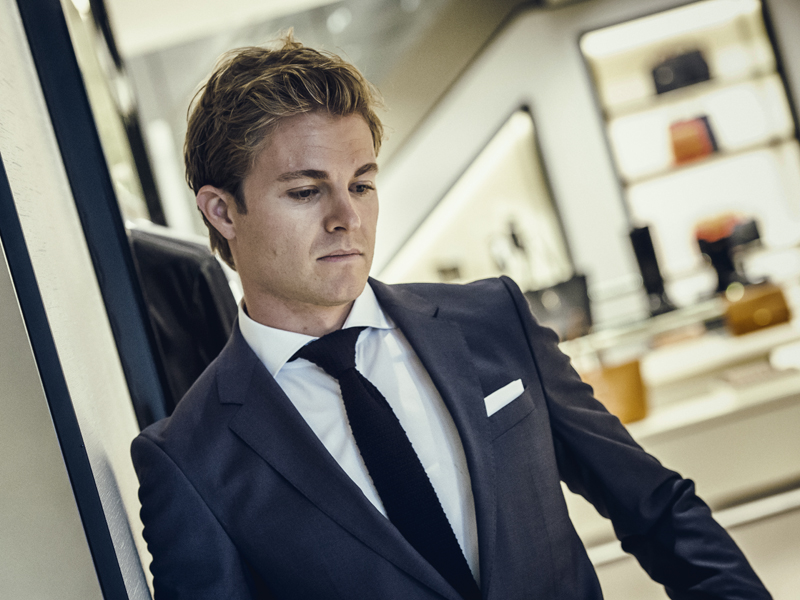 Nobody sensed that in December 2016 he was about to slip off into the sunset. He had just realised his life-long quest to claim an F1 world title, after a 21-race duel with Lewis Hamilton. Rosberg Snr, the lesser-spotted Keke, was joining the revelries outside the Mercedes hospitality suite, chomping a giant cigar. They were the first since Graham and Damon Hill to call themselves father-and-son champions. For Nico, the richest future, with perhaps five more years at his peak, unfurled. And yet within a mere five days, he had given it all up. The question he has never fully answered is why.

One school of thought is that he was drained by suffocating pressure from Hamilton. That summer, Rosberg even practised meditation to settle his nerves. Hamilton, a far more instinctive character, did nothing of the kind, but still drove like a demon in the final four races, winning them all. In the last few laps at Abu Dhabi’s Yas Marina, he deliberately backed up the traffic in the hope that Rosberg would lose the third place that he required for the title. Seldom, once the chequered flag fell, had anybody appeared more relieved to finish second. Rosberg acknowledged minutes later that he hoped not to experience anything like it again.

He turns defensive, though, at the reminder. “It’s very strange that you say that, I don’t know where that comes from. There was no relief, just absolute ecstatic excitement that I had achieved my childhood dream. It wasn’t about relief. I wasn’t tired, either. There could have been another race the weekend after.”

So, what was it, then? What convinced him, even at this giddy height of euphoria, that he wanted no further part of the sport? He lets slip here that he had been contemplating it for some time. “I had been thinking about it before,” he says. “I said to myself that if I do win, it would be perfect.” 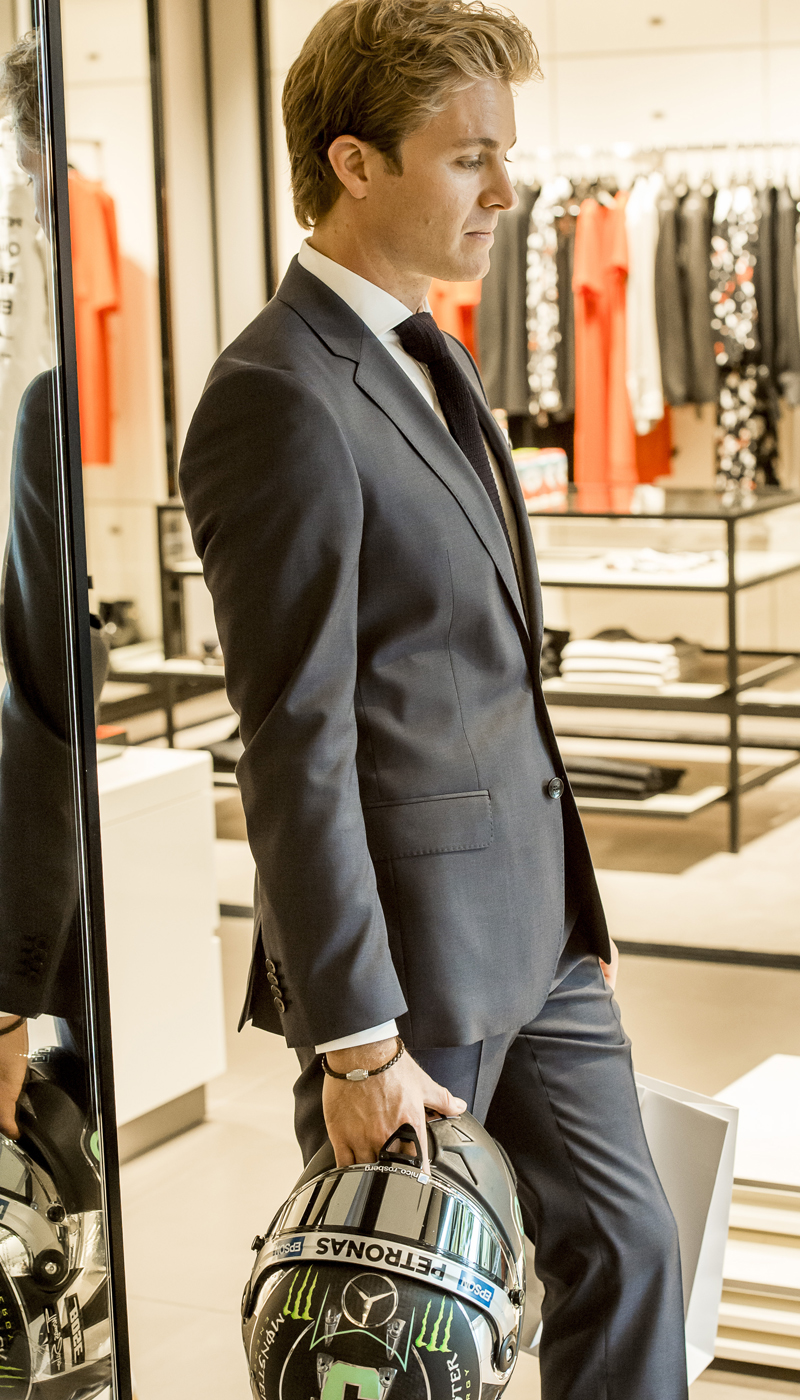 The awkwardness would come in breaking the news to his team principal, Toto Wolff. The two were close, almost kindred spirits: organised, ordered, highly-strung. Turning his back on Wolff felt, somehow, tantamount to a betrayal.

Straight after the glories of Abu Dhabi, they flew to Kuala Lumpur to toast the achievement with executives of oil giant Petronas, a major Mercedes sponsor. It seems curious, I suggest, that even on the 14-hour flight they shared back from Malaysia to Germany, he still could not tell Wolff of his intention face-to-face. Retirement would only be confirmed via a tearful telephone call once they had parted ways in Stuttgart.

“I slept for three hours of it, come on,” he says, smiling. “It was one of the hardest things, putting my racing family in such a difficult position. That was not nice. I had a bit of apprehension about it, but they were respectful and tried to understand. I didn’t like having to announce it so quickly. I would have loved just to celebrate the championship for one month, and then announce. So, that was a bit sub-optimal. But I had to tell the team as soon as possible. Something like that can’t be kept secret for long.”

You travelled to Japan some time afterwards to spend time with a Zen master. More importantly, I found someone able to help me on a mental level. I had begun to ask myself what other areas I could develop and improve in. Not just as a racing driver, but as a human being.

It is futile pretending that the loss of adrenalin from forsaking F1 does not leave a void in Rosberg’s life. Luxuriating in gilded Mediterranean enclaves, from the family base in Monaco to the harbour in Portofino, can only satisfy him for so long. “What I will miss is the winning,” he concedes. “It’s such an emotional blast, with everyone around you. It’s so intense and short that it’s not going to be easy to replicate that in the new life, in the real world.” 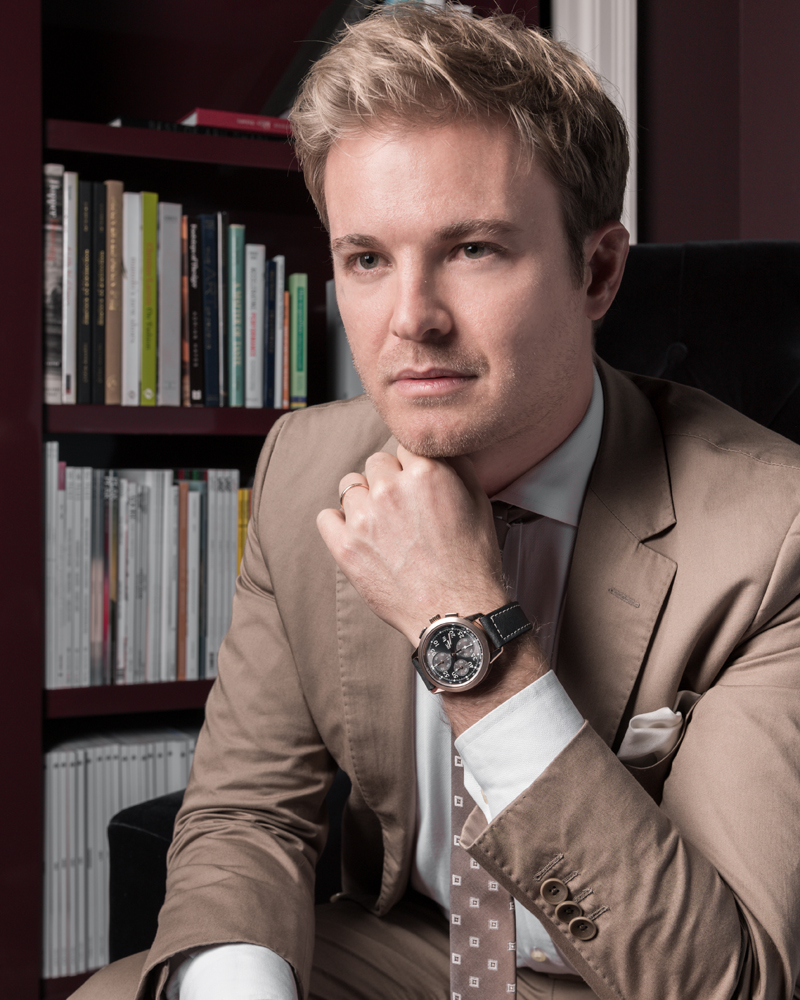 Rosberg is unusual, though, among the modern breed of F1 driver, sufficiently cosmopolitan and at ease with himself to be happy channelling his energy in different directions. He speaks five languages, although Finnish, intriguingly, is not one of them. While Keke grew up in Oulu, not far from the Arctic Circle, young Nico spent his childhood, as befitting the son of a flamboyant F1 star, amid the twinkling lights of Monte Carlo.

It is for this reason that Rosberg, who has German nationality through his mother Sina, has struggled to be fully embraced in the country itself, being regarded instead as a roaming citizen of Europe, super-wealthy but essentially stateless. “Not really German,” as Hamilton once witheringly said.

His sometimes brittle public persona disguises the fact he is fiercely bright. Rosberg turned down a place to study engineering at Imperial College for the sake of his racing career, and he plans in this more footloose chapter to put his technical expertise to proper use. “I’m going to Silicon Valley soon, for an inspirational trip,” he says. “It’s a centre of a lot of genius. I’m meeting social media platforms, like Instagram, and Google, too, to find out more about autonomous driving. I love the innovation side. It’s something I am being pushed naturally towards.”

Enterprise on a far smaller scale excites him just as much. Vivian, whom he married in 2014, runs a small gelateria called Vivi’s Creamery in Ibiza’s old town, and he has not hesitated to be involved. “We built something out of nothing,” Rosberg says. “It’s a big machine now, with 10 employees. We want to see if we can develop it further. It’s a shop in an area where we had no background. We had no clue about that business, but we have made it successful together. These are the challenges in my life that I cherish now.” 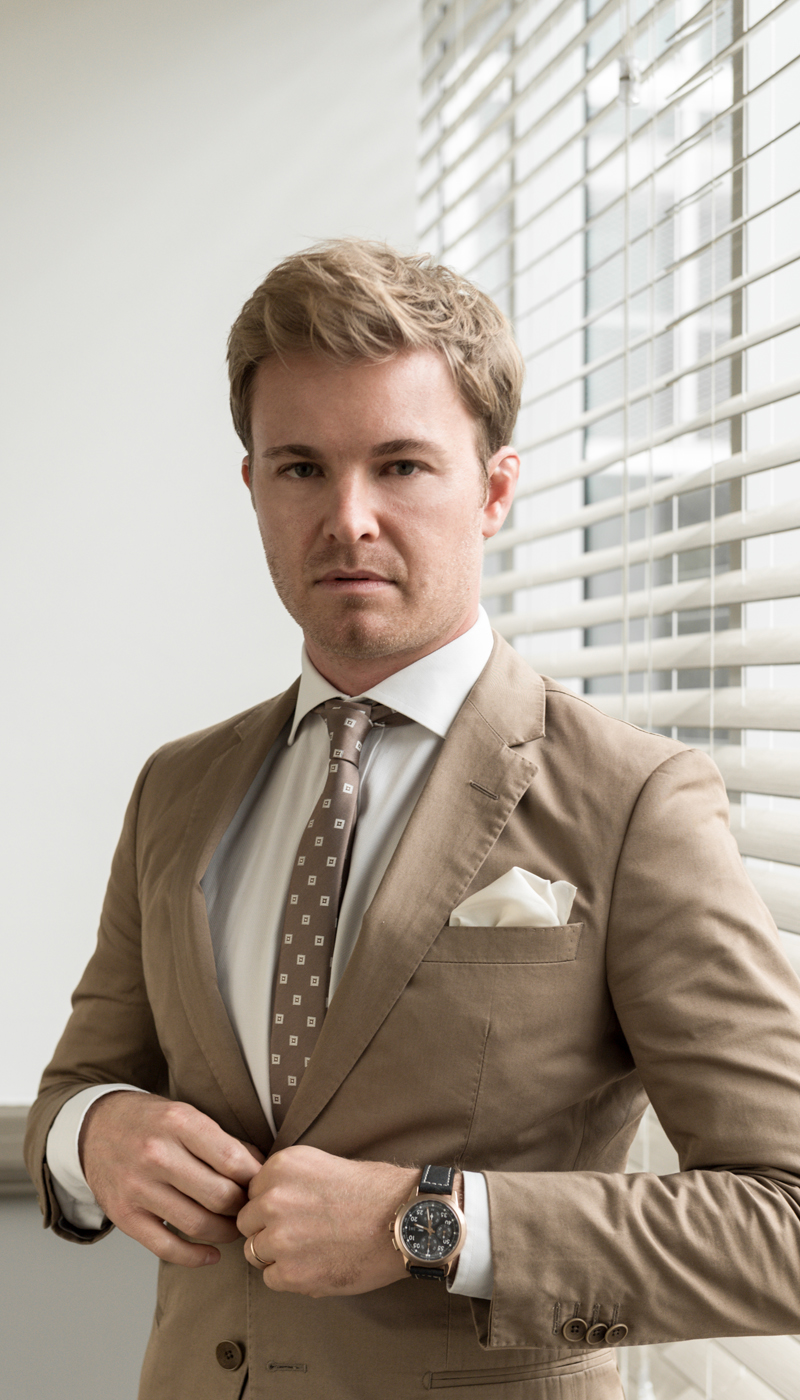 Did he ever fear that he would miss out on her formative years through a blinkered dedication to the racetrack? The response is as clear-eyed as ever. “There was a time when my only mission in life was to win the championship. Now that it’s done, I can make more time for the other passions. It’s the ideal moment. Now the interaction starts – this is when it gets really fun and emotional. I’ll always need competition, that is ingrained in me. But I love my family very deeply. In my mind, I’m the luckiest man on the planet.”

As the former world champion, with no races in the diary any longer, Rosberg tends to travel more often. On his wish-list is a drive in the Mille Miglia, the celebrated 1,000-mile rally from Brescia to Rome, in an old Mercedes Gullwing. This time, at least, he does not have to eat like a sparrow to make the required weight. In F1, Rosberg was obsessive about his physical regime, to a degree that might just have tipped the title battle in his favour.

“I tried to perfect everything,” he explains. “I remember, once I decided to stop cycling to lose one kilogramme of leg weight. One kilo of body weight represents four hundredths of a second per lap. At Suzuka, for the Japanese Grand Prix, I was on pole by three hundredths. I got the win, Lewis messed up, and I had my crucial championship lead back. It’s all in the details in the end.”

In the way he conducts himself, whether at work or at play, Rosberg is unashamedly calculated. “I’ve worked with a mental coach, studied philosophy. It has been eye-opening for me, in my personal life. For me to feel good and be happy, I need the discipline and the routine. I’ve stuck with it, kept training, kept eating healthily. It feels right.”

There are some who suspect that Rosberg is so intense, so wired, that he will eventually be drawn back to the scent of burning rubber. “I’ll give you a little confidence,” Wolff said, on tv. “I would not be surprised to see Nico running at Ferrari or elsewhere. He’s still young.”

He grins contentedly when he hears such comments. “No,” he says, with a conviction that we should know by now not to doubt. “I’m good.” When he quit his professional racing career he said he no longer wanted to make the sacrifices that racing required of him. But he didn’t give us much more in the way of explanations. ‘’For as long as I can remember, I have been pursuing this one goal: to become World Champion. This was my ultimate dream as a child. There was nothing higher I could achieve. To succeed in sports, you need to be willing to make sacrifices. Everything else has to take a backseat, even family. So I’d see my friends going on skiing holidays together and posting about it on Facebook, and I’d miss out due to training or something. At that level it’s all about total commitment. This mindset enabled me not only to achieve my goals, but has heightened my enjoyment of them. Because getting there involved some really tough moments – moments in which you doubt you can take any more. Now I feel fulfilled and happy.’’