More than three decades of making an impact

Hublot is positively ancient by the standards of the recently wealthy Gulf states at a lofty 34 years old. It was founded on the cusp of the greed is gorgeous era of the 1980s when shoulder pads and hair styles were big and ostentatious. In the watchmaking world, Hublot is best-known for the Big Bang, a daring concept of a watch that seemed engineered to reboot and revive the position of Swiss watches in the luxury sector. 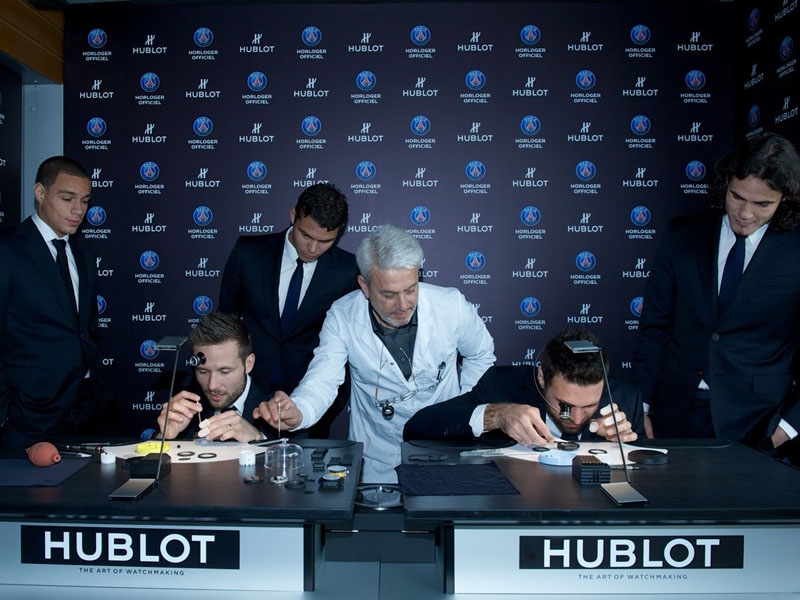 Dubai residents will be well aware of the reach of the Hublot brand, as, in 2012, the Swiss watchmaker signed a deal to become the official timekeeper of Al Wasl Football Club. The brand’s distinctive “H” symbol was visible above the club’s headquarters near Garhoud Bridge, a reminder of the close relationship Swiss watchmakers now have with Dubai and, also the sporting world.

But what of the roots of Hublot? The name is derived from the French word “hublot” which means porthole, as the first watches created by the brand resembled the little round windows of a ship. The brand was the first to use gold and natural rubber combined, and, the watches soon became sought after thanks to their comfortable fit. 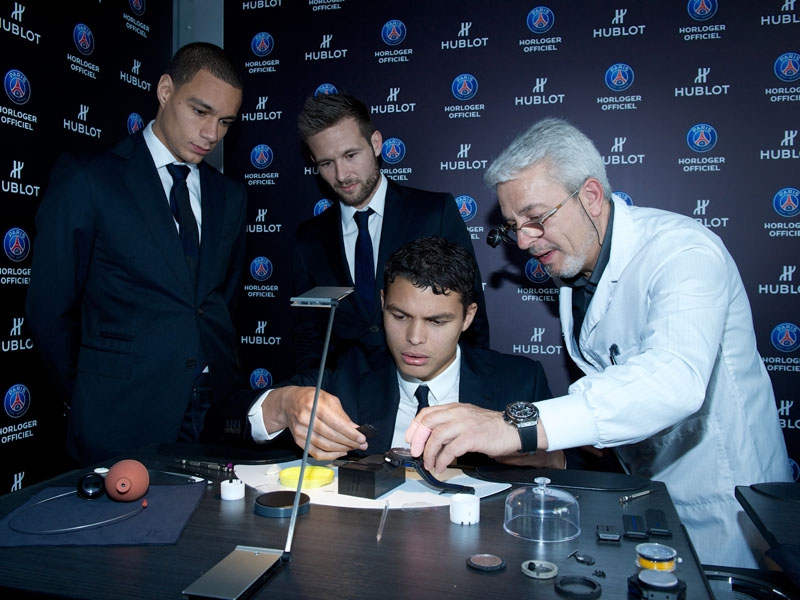 In 2004, Jean-Claud Biver took control of Hublot, and the following year, the watch that has come to define the 21st century Hublot - the Big Bang, was born, specifically the Big Bang Chronograph. Its distinctive design, sharp corners and six screws which passed right through the case, were new initiatives. Prior to Biver’s arrival on the scene, Hublot was little known, but his debut at the brand and the launch of the Big Bang Chronograph at Baselworld the following year changed that, along with the continual efforts made to keep the momentum of this extraordinary watch going by introducing new models. 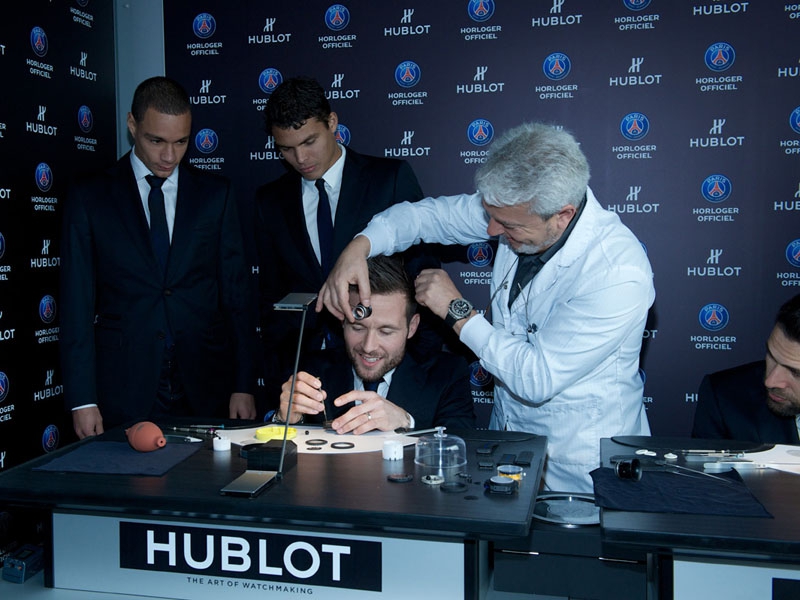 Biver himself, currently president of the brand, is an interesting figure, as he is also president of the LVMH watch division, a fact that was to become relevant in the destiny of Hublot. Having previously worked to revitalise both Blancpain and Omega, watch companies currently owned by Swatch Group, and also to something of a renaissance of the Swiss watch industry. Luxembourg-born Biver’s work has focused on encouraging the use of mechanical movements, as opposed to the quartz, and some credit him with reigniting the interest in complicated watch movements.

Just four years later, there was another change for Hublot, as it was bought by luxury giant LVMH and in 2009, a new high-tech manufacture was opened on the banks of Lake Geneva. The site is currently dedicated to the production of the unique Unico movement, a column wheel chronograph which was devised and created entirely by Hublot. 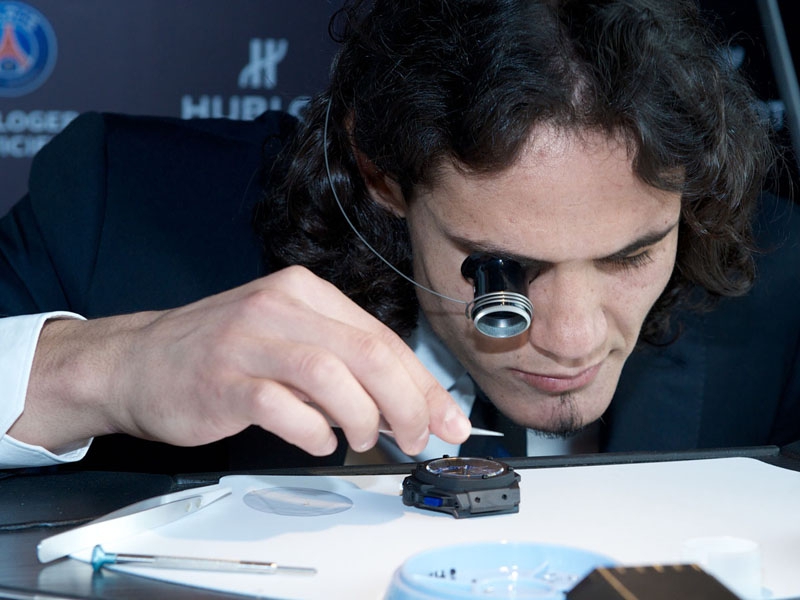 As well as innovation in movements, Hublot has innovated in the way it partners with sports teams and personalities as a way of marketing its products. In 2008, it was the first watch company to enter the world of football, becoming the official timekeeper for British Premiership club Manchester United, and, of the European Championships. Its reach spread further in 2010, when it became the first official timekeeper and watch of FIFA, the next two World Cups, and, the icing on the cake was becoming the official watch of Formula 1. If that was not enough, it is the official timekeeper and watch of Ferrari, and, among its brand ambassadors are sprinter and fastest man on earth, Usain Bolt, basketball star Kobe Bryant and none other than legendary footballer Pelé. 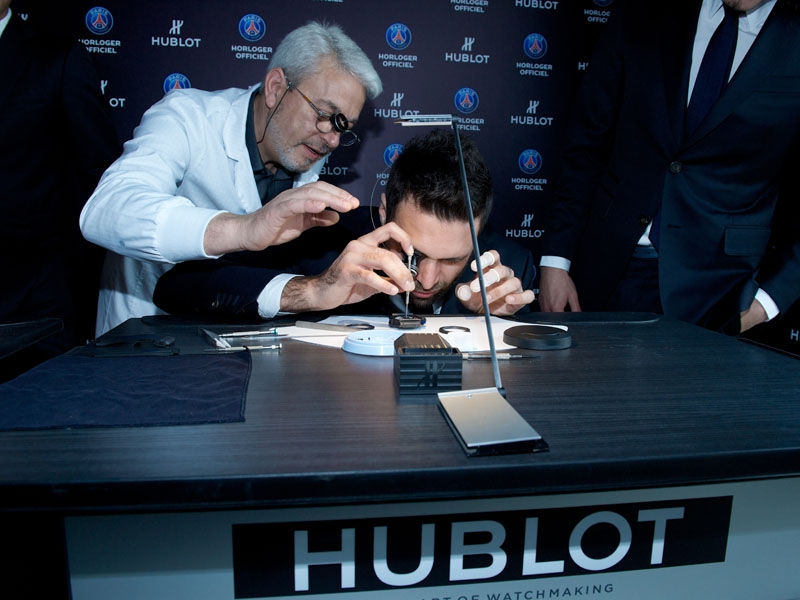 The association with sport continues, if only in name, as the Big Bang Unico “All Black” was displayed at the SIHH watch convention earlier this year. The All Black does not refer to the New Zealand national rugby team, but, to the fact that it is “all black”.

In a limited edition of 500 pieces, the watch features a Unico chronograph movement, with a column wheel and double clutch visible on the dial side, completely designed, developed and produced in the Hublot manufacture workshops.

The watch has a 45.5mm diameter case with a bezel secured by six H-shaped screws with a new subtle and more technical design. The crown is in a screw-down design which is over-molded with rubber, also engraved with the distinctive Hublot “H”. For the first time since the Big Bang was created, the push buttons are round - each one protected by a guard and finished to look like an engine piston. The strap attachment has been updated to a “one click” system, allowing the wearer to change straps quickly. 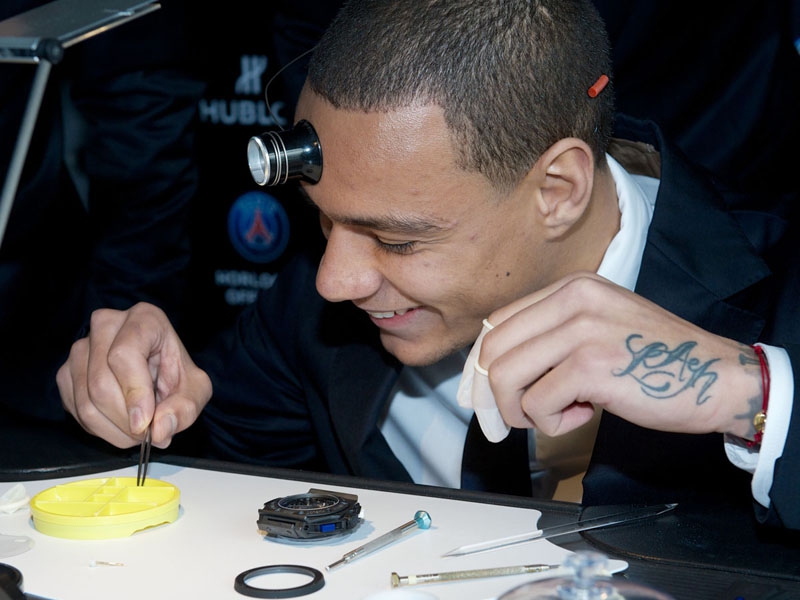 The movement is revealed in a skeleton dial, featuring the famous indexes and Arabic numerals which have been hollowed out and filled with black SuperLuminova to give them more volume, with the same process being used for the hands. It is a flyback chronograph and possesses elements which make it unique in the industry - a horizontal double clutch and a column wheel which is visible on the dial side, allowing for the 60 second counter and the small 60 minute counter positioned at three o’clock. This allows for greater reliability and flexibility in the start-stop-reset function as well as advanced function visibility for the wearer.

In February, Hublot’s mastery of sports, particularly football, continued, with a new official club watch for Ligue 1 champions Paris St Germain, following on from the brand’s official sponsorship which was announced last year. Several of the team’s stars took part in a watchmaking workshop with a professional watchmaker in February to mark the launch of the new watch. The King Power Paris-St Germain features two chronograph hands, positioned in the centre, as well as hour and minute hands. It also pays tribute to the club’s red and blue colours and Eiffel Tower logo. One of the chronograph hands measures seconds, while the other measures time remaining out of 45 minutes, and it is of course no coincidence that 45 minutes is the length of one half of a football match.

With long-time Biver collaborator Ricardo Gaudelupe now at the helm of Hublot as CEO, it seems likely that Hublot will continue to produce exciting watches for a long time to come.