Located on Barcelona’s most exclusive boulevard at Passeig de Gràcia 113, this five-story palatial mansion, built in 1906, is an extraordinary example of Modernisme (the sumptuous Catalan version of Art Nouveau). Its architect, Pere Falqués, is also known for his ornate lampposts jutting from ceramic tile benches that are sidewalk landmarks at the Passeig de Gràcia. He was a contemporary of Antoni Gaudí whose acclaimed buildings are nearby.
The facade of El Palauet reflects the great prosperity, creative genius, and unbridled imagination of the era.

- “Palauet”, in the Catalan language, is a small palau or palace.
- It is located just north of the intersection of Passeig de Gràcia and a main artery called Avinguda Diagonal, where the boulevard narrows into a charming tree-lined street divided by a parkway median with gardens and sculptures.
- Gaudi’s undulating Casa Milà, also known as La Pedrera, is just three blocks south. 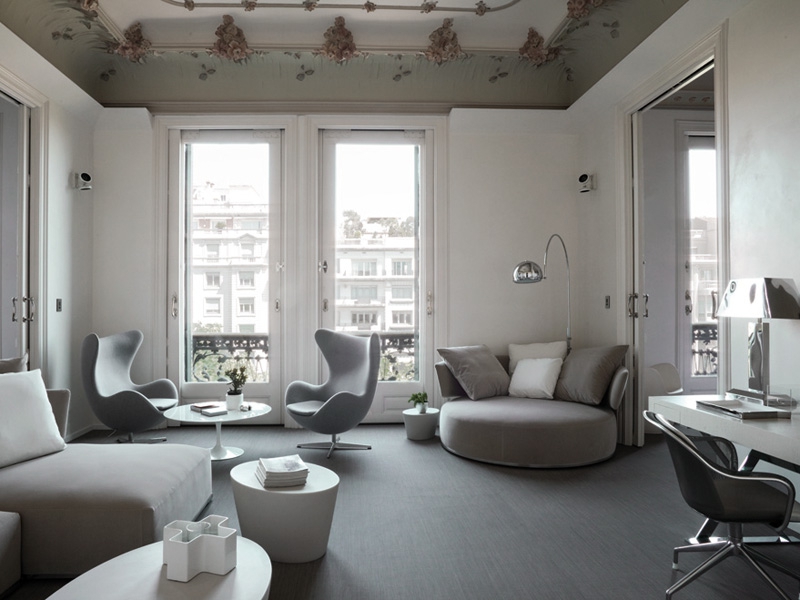 SUITES
Six two-bedroom, two-bath apartment-style suites, extremely spacious (1,615 square feet), accommodate up to four guests. Similar in layout, the suites feature a fully-equipped kitchen, dining room, living room, stellar contemporary furnishings, and state-of-the-art technology throughout. There are two suites to a floor with a common foyer off the elevator. 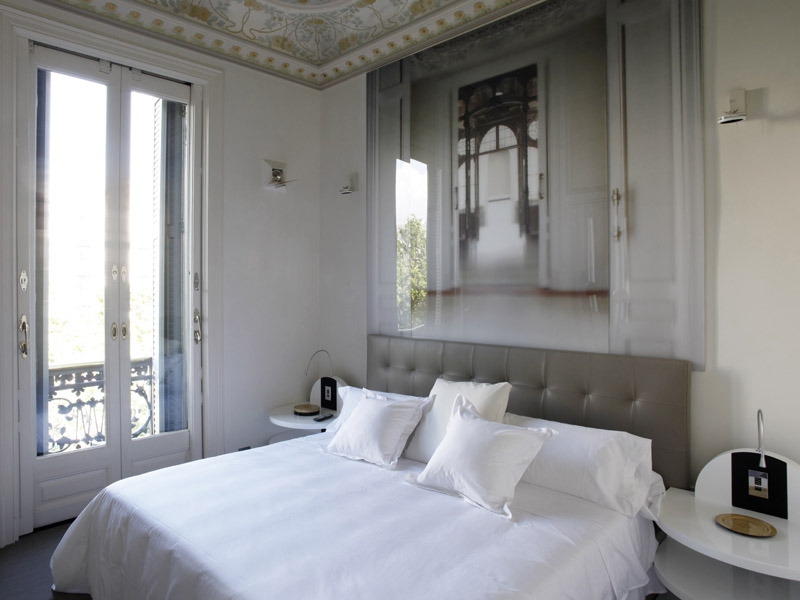 Bathrooms feature spacious closets and shelving, shower with enormous rainfall showerheads plus hand-held fixture, a futuristic automatic toilet-bidet, and a safe. An additional room has a large bathtub and soothing chromotherapy lighting with alternating colors. 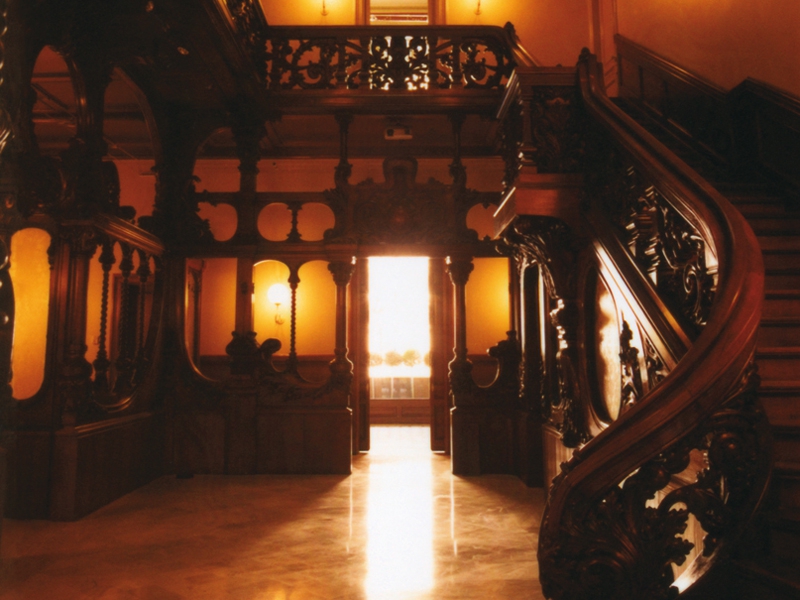 Toiletries: include a selection of complimentary natural-ingredient products produced by AVEDA and Natura Bissé.

ROOFTOP TERRACE AND PRIVATE SPA:
Guests enjoy utmost privacy at the rooftop private spa and landscaped terrace with a panoramic view of this cultural capital on the Mediterranean.
Spa facilities include a wooden Finnish sauna, treatment rooms and massage tables, outdoor jacuzzi with hydro-massage “beds”, and solarium for sun tanning.
The bar and al-fresco lounge area are ideal for yoga, simply relaxing, or for gatherings.