Franck Muller’s CEO, Nicolas Rudaz, talks us through what makes this Swiss brand a little different.
The Swiss watch gets a style makeover when you’re looking at a Franck Muller timepiece. Loved by A-listers from Elton John to 50 Cent, Jose Mourinho and more, these quirky pieces might look fun, but deep down, there are some of the industry’s most amazing complications hard at work.

Unlike other Swiss manufacturers, Franck Muller is a relative newcomer, founded only in 1991. Its namesake, however, has been in the industry since 1973 when he enrolled in watch school aged just 15. 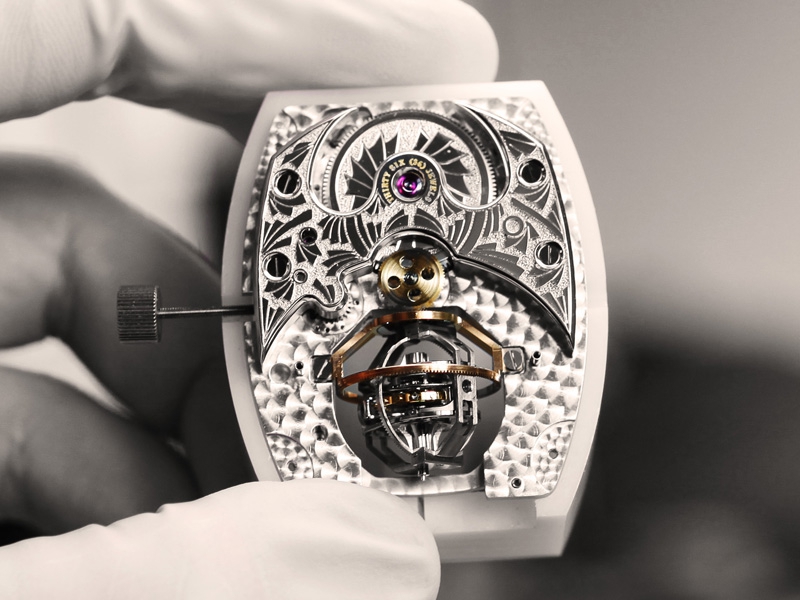 Nowadays Franck Muller is also known as the ‘master of complications’ as his watches push the boundaries of what is possible, every year. For example some of Franck Muller’s watches hide both the largest and the fastest tourbillions ever made. The latter rotates every five seconds, making it 12 times faster than anything else out there. He’s also famous for his Cintrée Curvex, a distinct 3D curved case that allowed him to be even more inventive and he made the world’s most complicated wrist watch – try imagining its 1,483 components and 36 complications.

But it’s not just watches that the company likes to do differently. Instead of attending SIHH, Franck Muller invites everyone to Switzerland every year for one of its world premiers – where it launches its new collections and complications to the market. Franck Muller’s CEO Nicholas Rudaz talks us through some of this year’s new pieces. 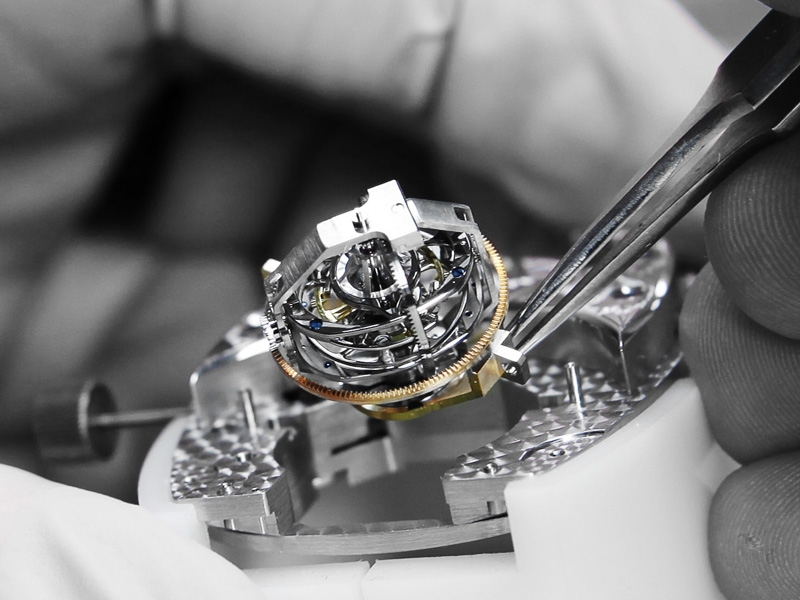 “Our collections were very well received this year, full of novelties. Every model is exciting for me but this year we concentrated on developing our Vanguard range – across both male and female lines.”

This year the brand has released the Vanguard Gravity, which combines the kind of technical avant garde style Franck Muller is known for with a more sporty approach. Made with titanium, stainless steel or 18 carat gold, it has an innovative elliptical tourbillon cage made from aluminium, while the straps come in everything from Nylon to alligator. 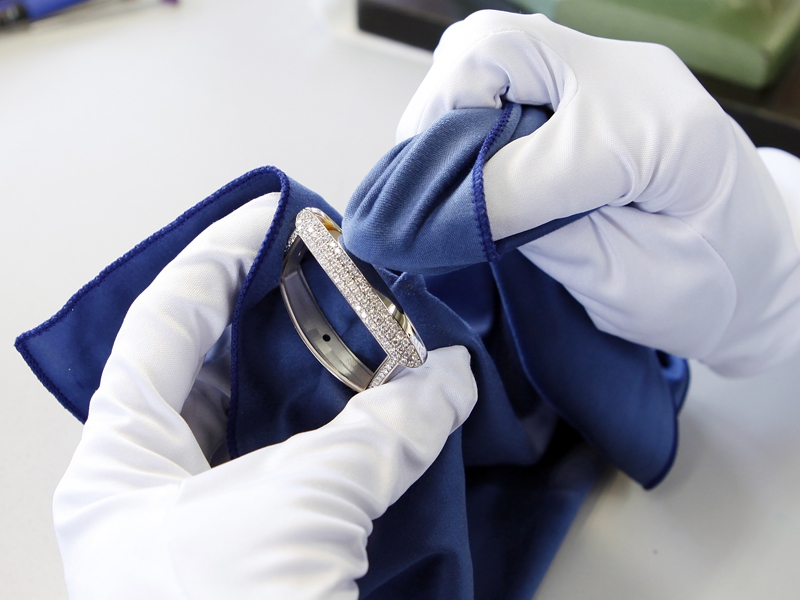 It has also released a new collection based around the Yachting world, featuring sea faring details from the deep blue hue to the wind rose on the dial, which come in an automatic or manual movement.

“Another new watch we’re very proud of is the Back Swing – it’s a golf watch that counts how many swings you have done each par on the course and the whole case reminds you of a golf ball, from the indents on the ball to the dial and across the strap – it’s a lot of fun,” Rudaz adds. 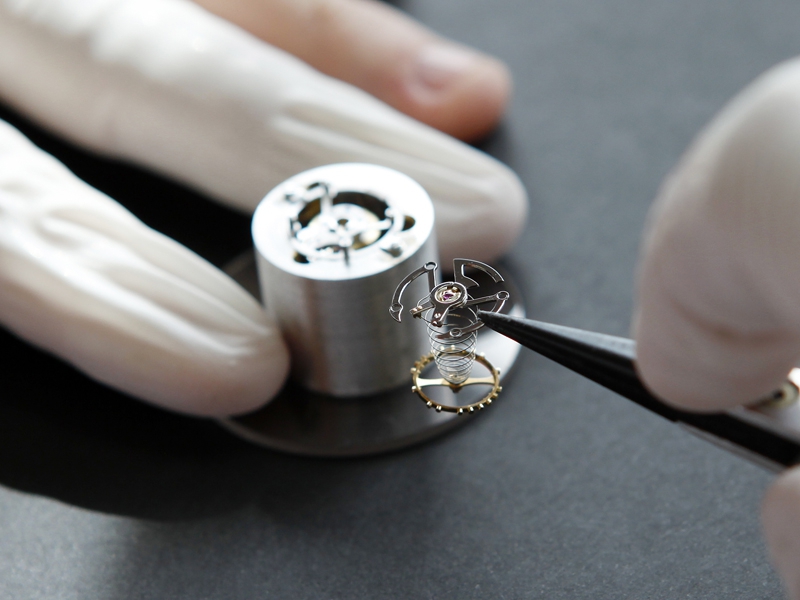 For Franck Muller it’s this full on creativity and sense of fun that sets them apart from their competitors.

“For the luxury watch market times are difficult. Hong Kong is down, which has always been a big market for all the watch brands. There is always a big demand at the very high end of the market, but difficult times it’s important to be different and keep our creativity as a unique selling point,” he explains. 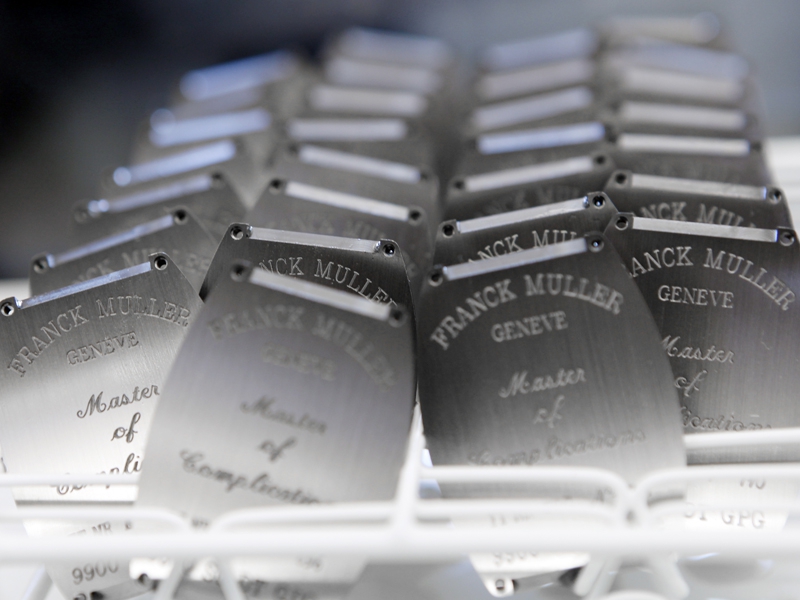 Another way in which Franck Muller sets itself apart is the huge range of its collections and limited editions.

“If there were 1,000 people at a party all wearing Franck Muller watches, nearly everyone would have a different watch,” Rudaz reckons.

Part of this is possible due to the fact that every step of the process is in house at this Swiss maison, which helps them react quicker to ideas but it’s also the number of different limited editions that the maison is being known for.
For example its ‘Proud to be Emirati’ watch, released last year for UAE National Day has been a runaway success. 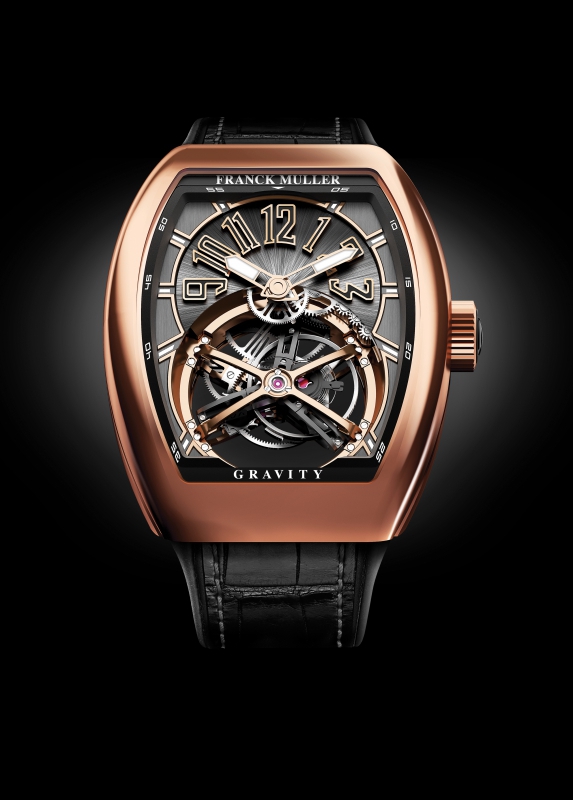 “It created a lot of buzz for us,” confirms Rudaz. “We have always had a lot of special editions, from countries to football teams and even with individual people such as DJs.”

With such a large product range, Franck Muller, can appeal to a much larger audience than traditional Swiss houses and it helps the capture the market when different regions want different style watches.

“We know what sizes and colours work well in different markets,” Rudaz says. “For instance large size watches don’t sell well in Japan, but when we launch a new collection, we don’t know where it will perform best – that’s what makes it exciting.” 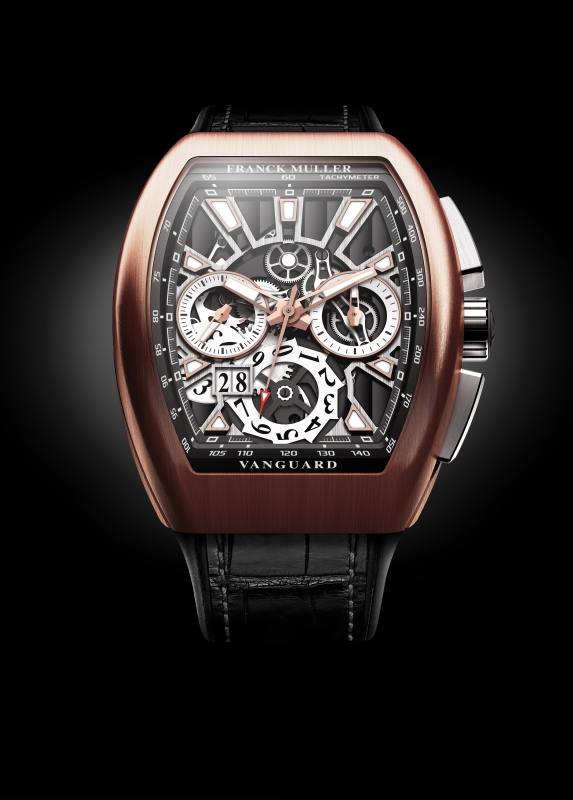 “Our Dubai boutique is proving really popular and we adapted the design of the boutique to suit the Dubai market and it’s going really well. We plan to increase our visibility in the Middle East over the next few years.

We’re also looking at Australia, having opened a boutique in Sydney on the Kings Road – it’s a market that is seeing double digit growth, partly due to the large number of Asian expats living there who spend more freely on luxury items. We’re also planning new boutiques in Myanmar and Cambodia – those markets are really only just starting out.”


BOXOUT
What watch would I choose – Nichola Rudaz

“If I had to choose one – and it’s like choosing your favourite child – it would have to be the Crazy Hours in Pink Gold. The numbers sit differently around the face and it has a jumping complication, which is rare. It’s unique, fun and a great emblem for what we do.”