Sounds great in every direction

Bose has been bossing the portable Bluetooth speaker market for a long time. Everyone is boasting about 360-degree sound these days, and Bose has clearly been wanting to get in on that omnidirectional-audio act. The result, then, is not one but a pair of new portable speakers: the SoundLink Revolve and SoundLink Revolve+. Both share an almost identical set of features, but with the Revolve+ being bigger, louder and having longer battery life.
Bose SoundLink Revolve+ – Design and features

It’s no surprise to find that Bose has done a decent job with the styling. A perforated aluminum enclosure wraps seamlessly around the speaker and tapers towards the top. There’s a choice of two finishes: Luxe Silver and Triple Black.

The rounded bottom and top are both rubber, with the top having buttons moulded into it for on/off, Bluetooth, volume up, volume down, aux input and a multi-function control. The latter can be used for play/pause or held down to connect with Siri or Google Assistant – the Revolve+ has a microphone. 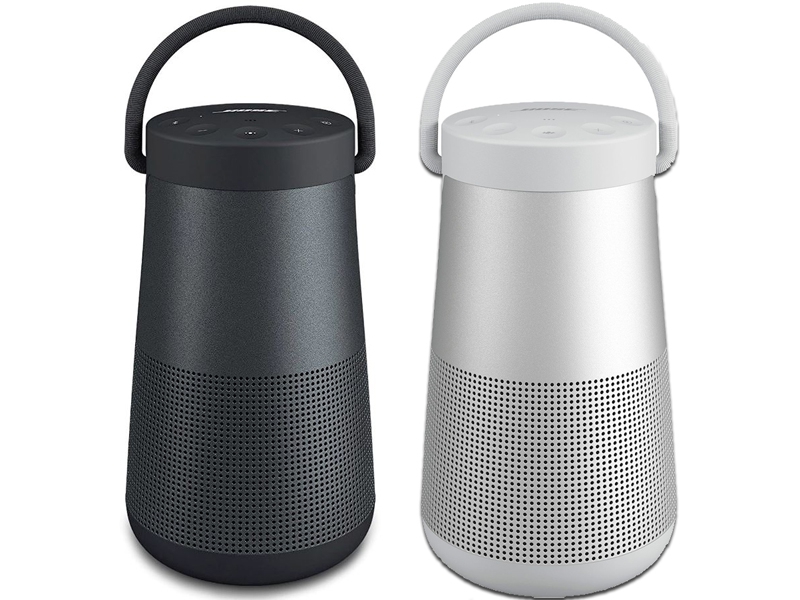 The rubber isn’t just for show, either: it helps the Revolve+ attain an IPX4 water-resistance rating. Battery life can go up to 16 hours.

Internally, the Revolve+ has a pair of opposing passive bass radiators, and a single transducer firing downwards into a dispersal plate with a pressure trap to reduce distortion. In theory, this should result in omnidirectional audio – no sweet spots and dead spots as you walk around the speaker.

The sound from the Revolve+ speakers is certainly detailed and also expansive, with a sweet treble and upper mid-range. The bass is very full and the 360-degree sound is really impressive, without any dead spots as you walk around the room.

The impressive battery claims proved justified, with 16 hours being attainable if the volume isn’t pushed too hard. In the end the Bose SoundLink Revolve+  is one of the best portable speakers around.
Tags
Gadgets
Share