Dubbed the fastest ambulance on earth, the refitted Lotus Evora S is the latest chapter in Dubai’s Smart Government program.
The sports car turned ambulance allows paramedics to travel at speeds of up to 300km/h and cut their response time to three to four minutes.

The new fleet, which was unveiled in Dubai’s Gitex, also includes two Ford Mustangs and a new Corvette is on the way. 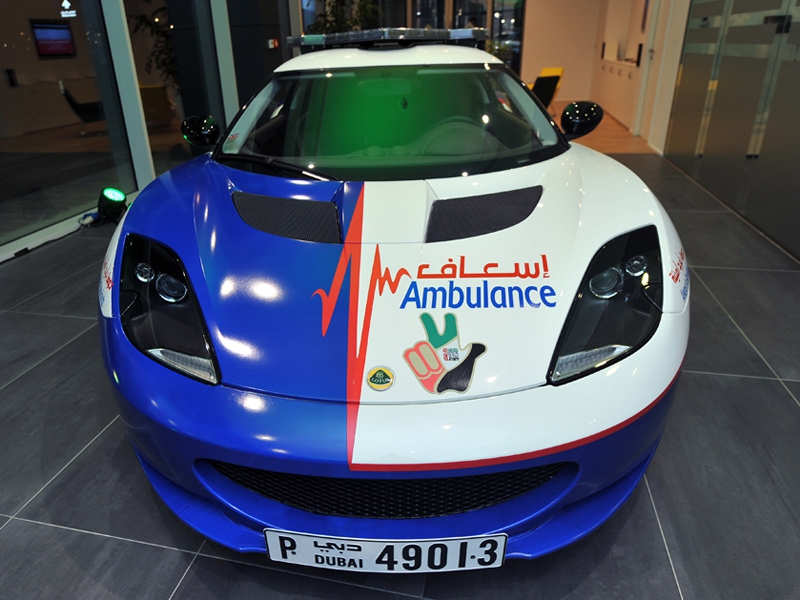 Currently, the Lotus Evora is being displayed around several of Dubai’s touristic hubs, including the Jumeirah Beach Residences and Burj Khalifa, before being put into full operation by the end of the year.

Around 50 of Dubai’s paramedics will have to undergo driving lessons and tests before using the $160,000 vehicle. 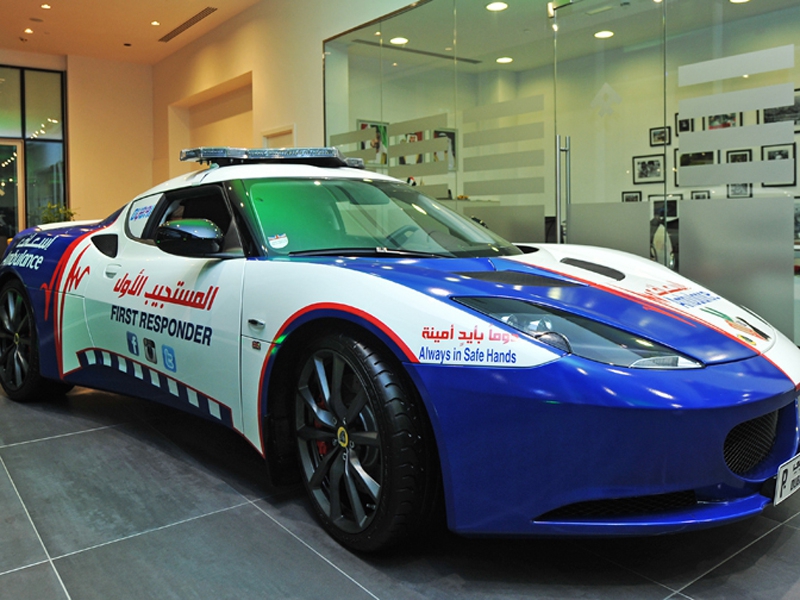 “One second could be the difference between life and death,” stated one of the paramedics.

The two-seater Lotus will not be able to transport patients but mainly, like first responders in the UK, allow paramedics to travel quickly for initial first aid.

Inside the car is a control box for the siren, emergency kits, a defibrillator and first aid kits fitted behind the leather seats. 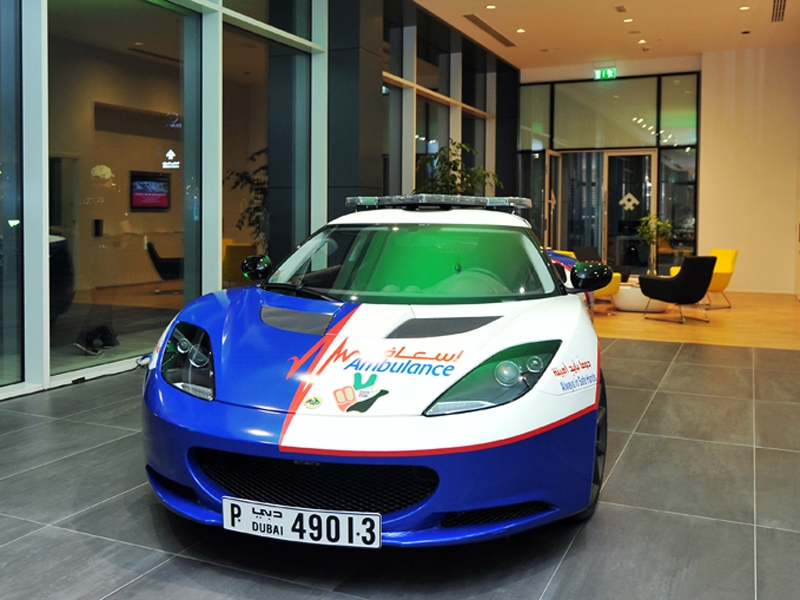 An oxygen supply is provided in the boot and a transmitter is supplied in each car to readily communicate with hospitals and other medics. 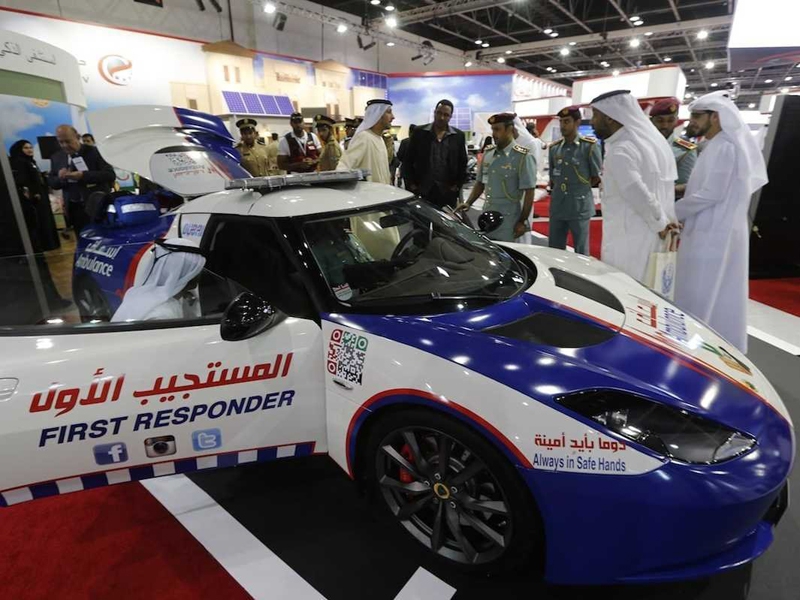