NISMO is a poignantly gripping experience – and its latest manifestation is no exception.
The body-on-frame SUV known stateside as the Armada looks decisively more aggressive than the standard model thanks to its beefier body kit and numerous red accents inside and out. 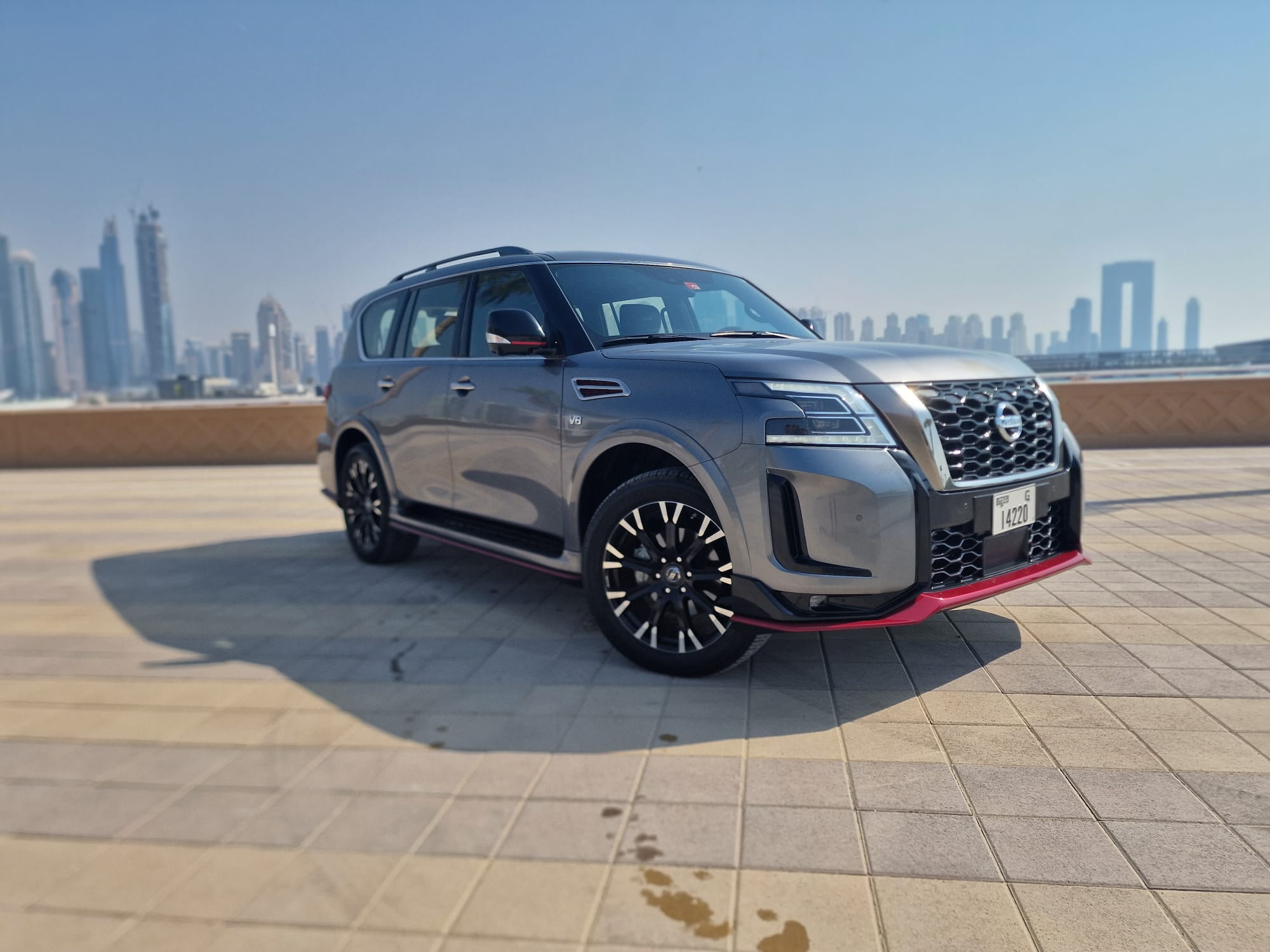 The high-performance Patrol rides on massive 22-inch wheels and adopts a neat LED fog light akin to Formula 1 cars, flanked by a rear diffuser and a pair of large exhaust tips. To distance it from the regular variant, Nissan has changed the front grille by giving it a honeycomb pattern, adorned by the Nismo badge to further drive the point home. 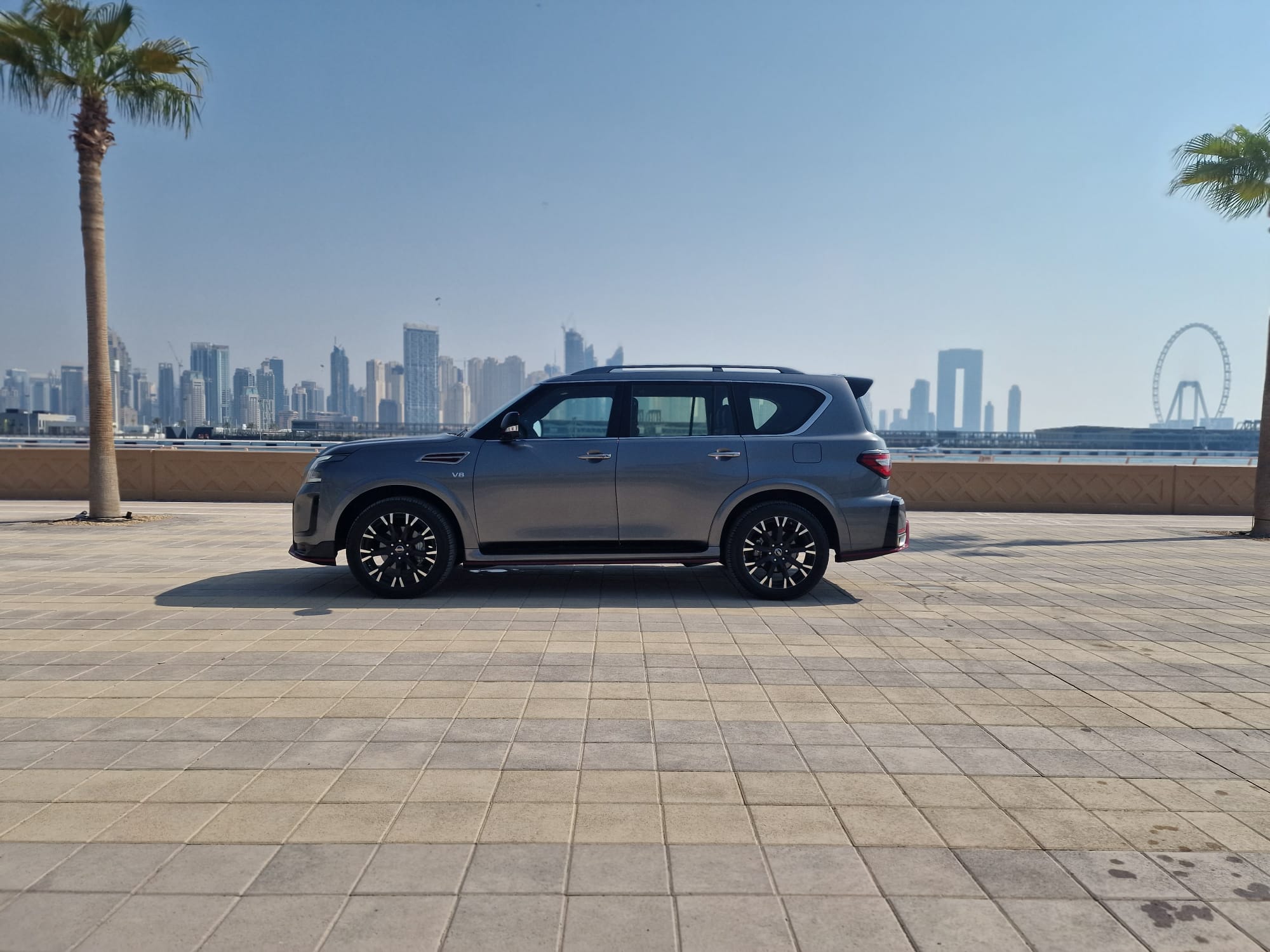 At the heart of the Patrol Nismo is the same naturally aspirated 5.6-liter V8 with 428 horsepower and 560 Newton-meters of torque as before, linked to a seven-speed automatic transmission. That makes it 28 hp more powerful than the standard V8 Patrol while having the same amount of torque. Nismo has fiddled with the suspension by giving it a Bilstein setup for sharper cornering, as sharp as it can be on such a mastodont. 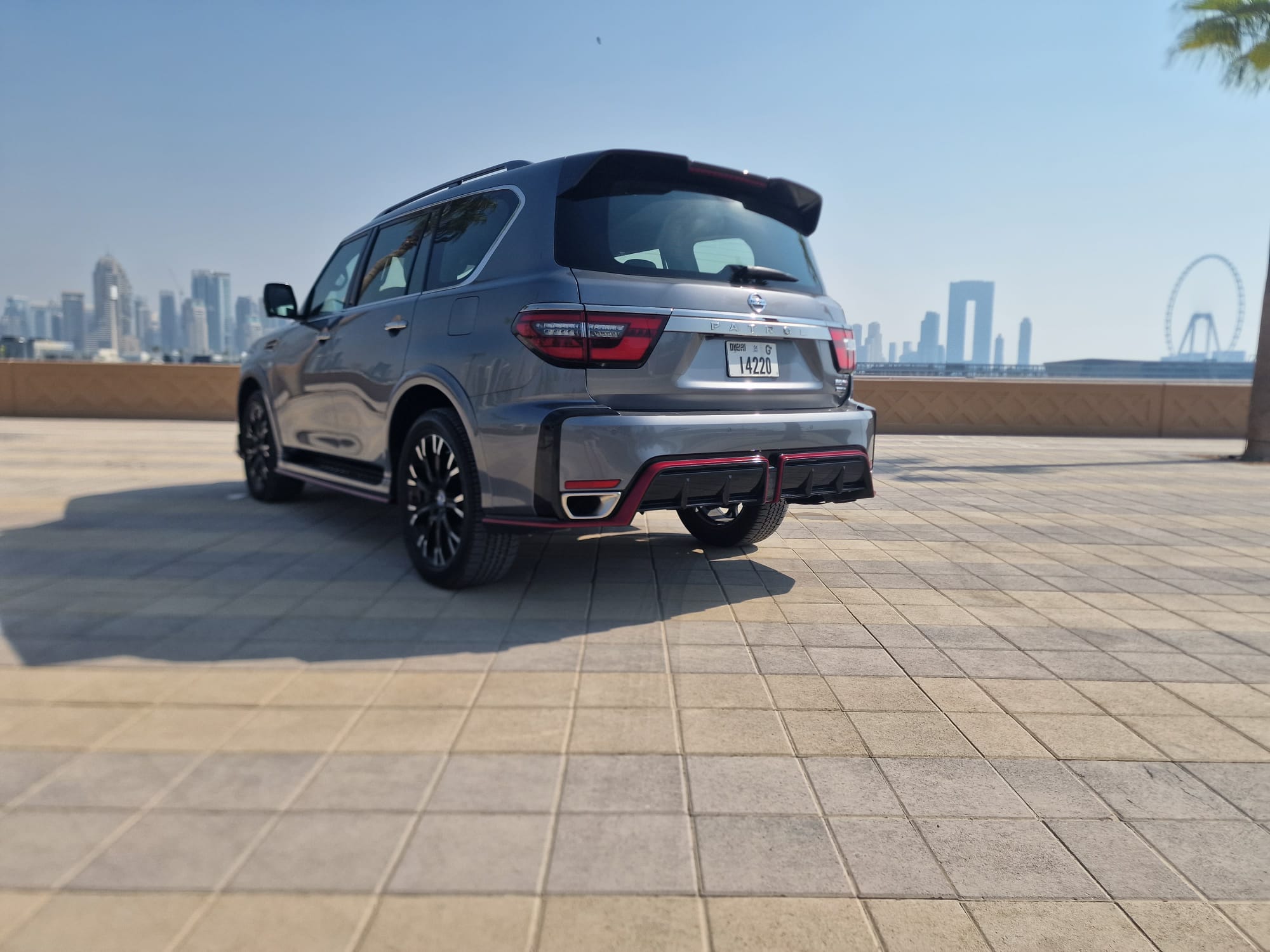 Nissan has spruced up the cabin with a red and black theme, carbon fiber accents, and Alcantara upholstery, but you can easily tell the Nismo Patrol is not the most modern SUV out there. It does boast a 13-speaker Bose sound system and support for both Apple CarPlay and Android Auto smartphone integration, along with a lot of safety systems.

The eight-seater SUV is available in the Middle East where it's positioned above the regular 275-hp V6 and 400-hp V8 Patrol models.
Tags
Cars
Share