The racing world mourns the loss of one of its greatest drivers.
Long regarded as one of the finest drivers never to lift the Formula One World Championship trophy, it has been announced that British legend Sir Stirling Moss has passed away this morning following a short illness, leaving the motorsport world in mourning for one of its most talented, and colourful characters from the long history of the sport.

Having achieved recognition and success during his brief 10-year career in Grand Prix racing, Stirling Craufurd Moss would become a household name in the 1960's, thanks in part to his charm, penchant for danger and the dalliance with the female form, and an incredible ability behind the wheel of whatever machinery he tried his hand in. 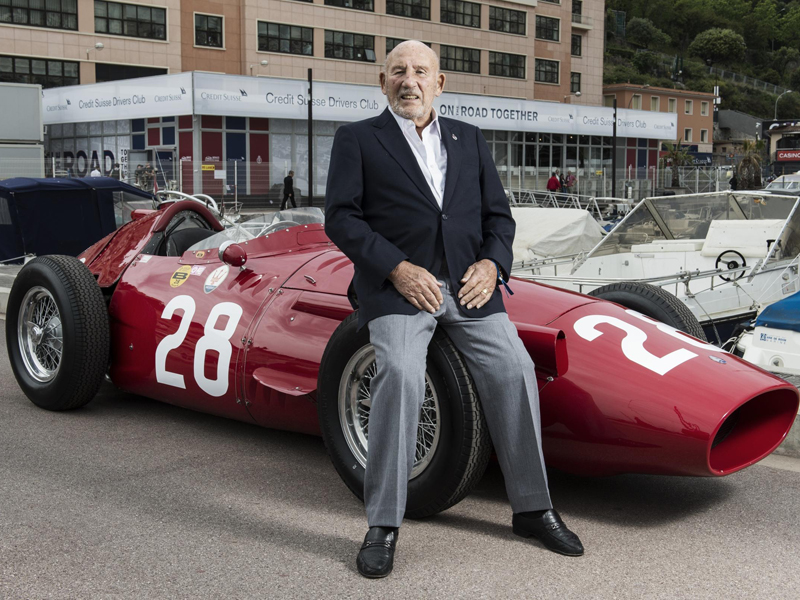 Only 'officially' retiring from motorsport in recent years, having been a keen attendee at historic events, Moss would be a regular on both the circuit and TV screens following his retirement from Grand Prix racing in 1961.

Heading up the ABC Wide World of Sports coverage of Grand Prix racing between 1962 and 1980, as well as taking part in numerous motorsport events across multiple disciplines, the name Stirling Moss would remain synonymous with motorsport and speed right up to his death on Easter Sunday morning. Sir Stirling is survived by his wife of 40 years, Lady Susie Moss.

RaceDepartment wishes to offer our sincere condolences to Sir Stirling's family and friends, as the sport sees the passing of one of its last true greats.