Real Madrid and Spain midfielder Isco spoke to Life Beyond Sport, where he provided a number of anecdotes from his life and career. Most notably, the 27-year-old revealed how his dog's name - inspired by a famous Argentine - has, in retrospect, caused an irreparable strain in the pair's relationship. Ahead of his move from Malaga in 2013, Isco told reporters he chose the name because "Messi is the best in the world and so is my dog" - comments which still haunt him to this day.
There were some doubts as to the playmaker's compatibility with life at Real Madrid before his arrival in 2013; he previously made headlines when an old interview surfaced from his time at Valencia where he described himself as an anti-Madridista due to the club's arrogant attitude.

Additionally, Isco took a swipe at then-Real Madrid boss Jose Mourinho (who’s also in this issue of Life Beyond Sport magazine) on Twitter during the 2011 Champions League final between Barcelona and Manchester United, voicing his support for the Catalans in the process.

His performances, and most notably his swashbuckling style of play, won over the notoriously tough Real Madrid fans early on in his career at the Santiago Bernabeu. At times when watching Isco it seems like the ball is laced to his boots as he body swerves past opponent after opponent with rare ease.

At 30 million Euros, Isco proved to be an astute purchase. The locals took him to their heart and started demanded he played ahead of more expensive signings such as Gareth Bale or James Rodriguez. The supporters quickly forgot about the previous comments and the naming of his dog and simply marveled at watching the genius at work.

2013 was a good year for Isco, he also made his debut for the Spanish national team and his performances for the country were on a similar level to those at Madrid, his peak coming in 2018 as he scored a scintillating hat-trick as they overcame Argentina 6-1. 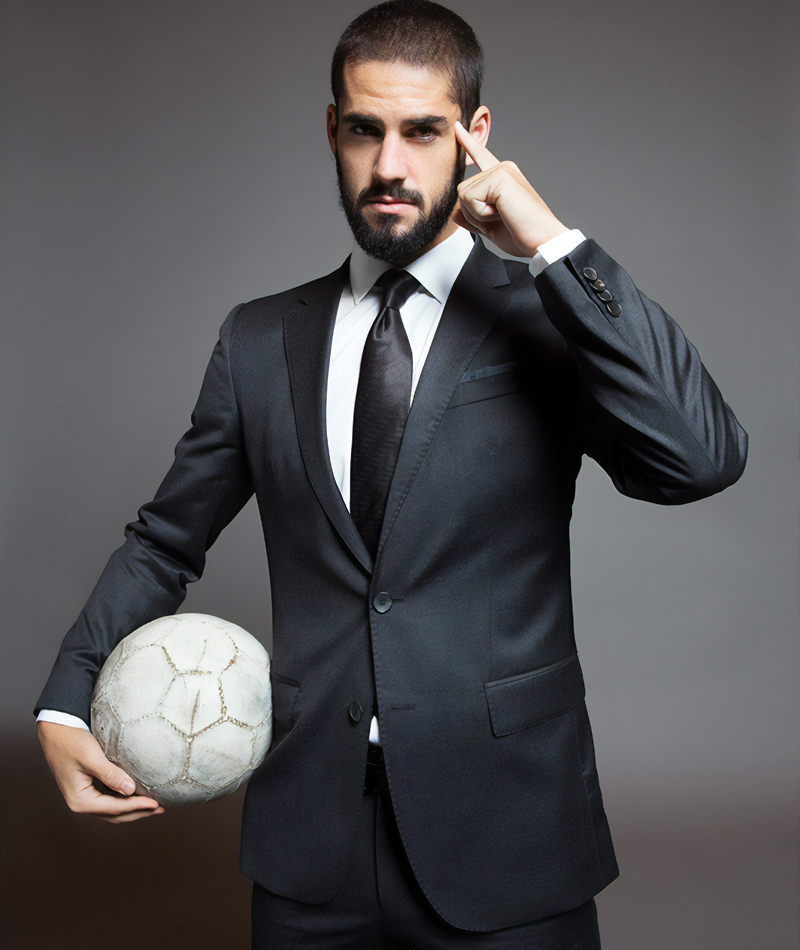 Despite being linked with a multitude of top level teams across Europe in recent seasons, Isco has stayed loyal to Madrid and continued to turn in high calibre performances during an unsteady period in the clubs history. If he ever does decide to call time on his stay in the Spanish capital, he will have plenty of suitors and will leave behind plenty of admirers.

Isco, we've all grown up watching football. What kind of fan were you when you were a child?

I was very passionate. On a match day, especially if it was an important one, I used to go to the stadium very early, hours before kickoff to watch the atmosphere build up and the players arrive and get ready. I was always feeling very nervous but excited.

How did you start playing football?

I started playing when I was very young with my brother and his mates... then later, when I was old enough, I signed up with a school. I used to play in school playground and on the square in front of my parents’ house. I would always have a football tucked under my arm. My Mum and Dad bought me my first football as a present – it was a rubber one; but I lost it and threw a huge tantrum! The first leather football I got for Christmas – I was known all over the neighbourhood because I would always be seen with that ball. My idols at the time were Zidane, Ronaldinho and when I was younger, Romario.

What was the best advice you received about playing football?

The best advice I ever had was to have fun while playing, and I’ve followed that during all my career. It's simple, but it's so important. It's the advice that I would pass on to other, to have fun and be humble.

Do you see yourself playing a mentoring role for the younger ones?

I love to have a positive influence on the young kids. I like to be seen a role model to them and I like to see them progress and enjoy the game. 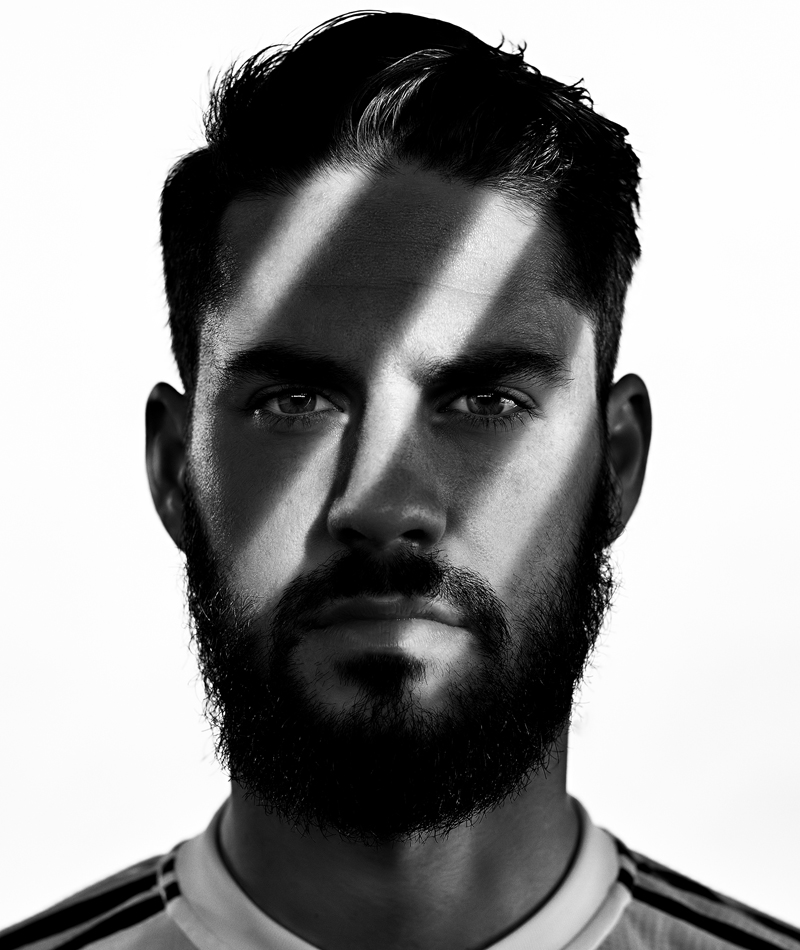 Were there any players who acted as role models to you in your early days?

When I arrived at Málaga CF, Jesús Gámez took me under his wing and he was super helpful to me. He had played with my brother before, so he was there for me since day one. It was great to have someone that made you feel comfortable.

Do you still have any traits in your game that you picked up as a kid?

I spent uncountable hours playing football in the street with my friends when I was a kid. That helps you to learn some moves and develop some skills they usually don’t teach you in an academy or a football club i.e. the way I control the ball and other technical gestures I can use now. It was all about improvisation.

You feel so much more responsibility, but at the same time you feel lucky because you have the chance of learn from the best players. As soon as you start winning, you got used to that feeling so quickly, which increases your desire to keep winning all the time.

What can you tell us about the city? Is it the ideal place to live as a footballer?

Madrid is a huge city, it's spectacular. You can find everything here, and during the last six years I’ve been treated like I’m at home here. On the other hand, there are plenty of traffic jams here. I would say that, after Málaga, Madrid is the second-best city to live in.

You've joined the adidas family, can you tell us why it's a good choice for you?

My first steps in professional football were wearing adidas boots, so I have always had a soft spot for the brand. When I had the opportunity to come back, it was a no brainer to me. 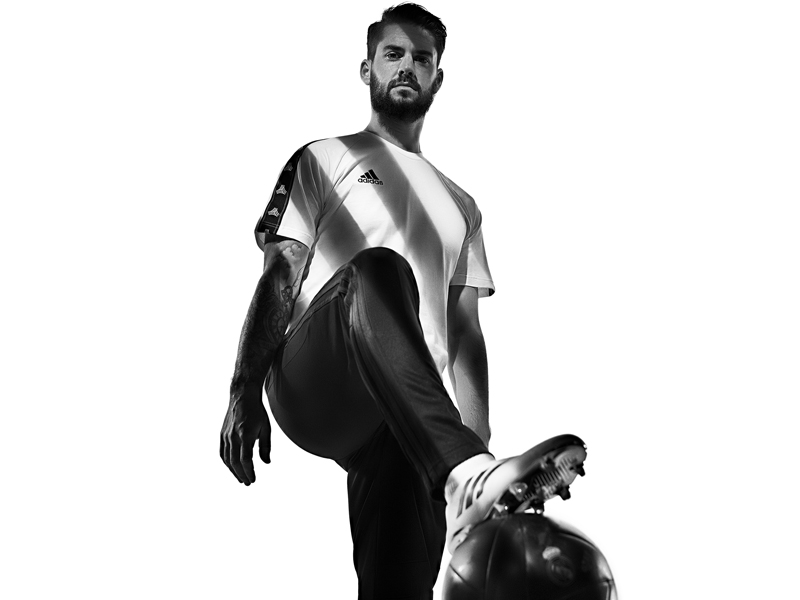 Can you tell us something about your personal life? What do you like to do beyond football?

Playing video games on my Playstation, watching TV series and movies, listening to music. I'm a normal guy. I used to play a lot of padel and table tennis when I was in Malaga too.

Tell us about your dogs. They play a big part in your life don't they?

I’ve always been a huge dog lover. Now I’ve got four dogs. One is a Newfoundland dog, which is one of the biggest dogs there are, two of them are adopted and the other one is a French Bulldog who is very funny. They are very supportive and always make you happy. I love being with them and I would say they are one of my biggest passions. I had one who was called Figo before and another who was called Messi. And another - Bubu. I’ve got lots of dogs!”

I have to say in my favour that calling the dog Messi was more my brother and dad's idea than mine, he said. I'm washing my hands of it [the naming process]. I'm a Madridista and that's that. I don't even walk him anymore - imagine me calling him Messi in the streets!

Let's go back to football to end on a random one. Which stadium would you like to play at which you haven't already?

Did you have posters on your bedroom wall as a teenager?

I had posters of the national team, Raúl, Mendieta and Hierro. I put up a few others too but I can’t remember now because it was so long ago”
2002 World Cup Korea/Japan: “It was a shame. Now a lot of things are coming out about that… [Egyptian referee Gamal] Al Ghandour – made disgraceful decisions.

Do you cry a lot?

Not very often, I’ve never been much of a crier. 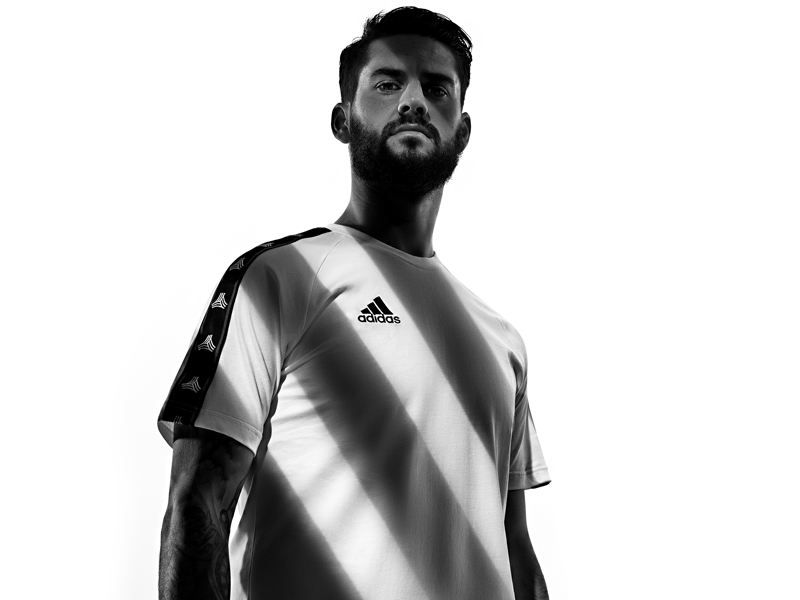 I’ve got one with the hour and the date that my son was born and another of guardian angels which symbolise protection.

Do you collect shirts?

Yes, I’ve kept all of the ones I have exchanged with rival players and the one I wore on my Champions League debut with Málaga, the national team and with Real Madrid…

“I’d already played with Sergio, Iker, Morata, Carvajal and Nacho – they went out of their way to make me feel at home”.

Do you have Whatsapp groups in the Madrid dressing room?

A few of us have formed a Whatsapp group at Madrid. There’s a lot of joking, laughs, the Spanish players have a group. I can’t really understand what the foreign players are talking about half the time… (laughs).

A place to visit

Best manager for you

A team mate in the national team