Hublot, Together is better

the power of partnerships

Luxury watch brands partnering with sports stars, sailing pros or adventurer types isn’t exactly a new marketing idea but young Swiss brand Hublot tends to take the partnership model further than anyone else, signing up some serious titans of sport and racing to create bespoke lines that wear their influences on their sleeve. We look at how a few have played out.
The luxury house’s association with Usain Bolt is perhaps one of its strongest and with Bolt such a vivid personality, it’s a master stroke to have him working with the brand on a watch collection. The Hublot Big Bang  Unico Usain Bolt is unmistakably Jamaican influenced with its gold and green livery that also sums up Bolt’s passion and verve for sprinting. The brand’s in-house UNICO movement with chronograph flyback can accurately time any race, but this version has Usain’s signature “lightning bolt” as its chronograph hand, a pretty cool touch.

But it’s not just about a watch launch, Hublot partnered with the documentary  I Am Bolt, which premiered in London in November last year.

At the event, Hublot CEO, Ricardo Guadalupe, said of collaborating with Usain Bolt: “Usain Bolt is without doubt the fastest man on the planet. For Hublot he is more than just an Ambassador, inspiring us with his talent, determination, courage and success. The documentary provides an insight into the values of Usain Bolt, which are shared by Hublot, and conveyed in the timepieces designed in collaboration with him. The hard work, technique and iconic position of Usain Bolt is also reflected in Hublot watches. He is a true inspiration for all of us at Hublot including myself!” 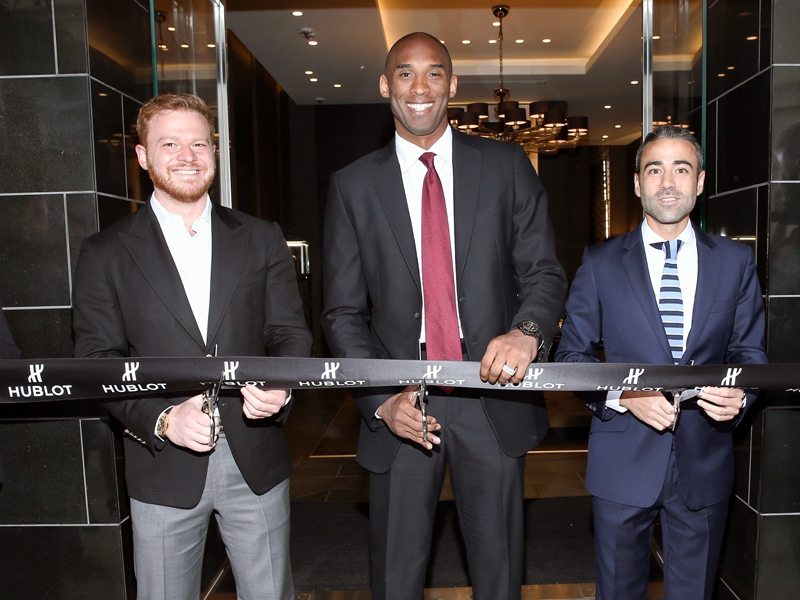 Bolt isn’t the only big sports personality that Hublot has aligned itself. Living basketball legend Kobe Bryant. The sports star has worked on three timepieces with the brand since joining the Hublot family in 2013. The latest, the Classic Fusion Kobe Bryant HeroVillain, is limited to a run of 24 – which is the legend’s player number. It also features a black snake applique, a nod to Bryant’s ‘Black mamba’ nickname and can also come with a black python strap – which also combines Hublot’s 10 year ALL BLACK anniversary concept.

Kobe Bryant shared: “I’m honored to celebrate the launch of my third Hublot timepiece as I continue my pursuit of excellence and reflect on my career. The Classic Fusion Kobe Bryant HeroVillain symbolizes my life as a HeroVillain during my 20-year basketball career, as I strive to channel my fears and doubts into strength and determination.”

But it’s not just those playing on the field that Hublot sees value in partnering with. Superstar football manager Jose Mourinho has been an ambassador for the brand for the last few years, unveiling a King Power Special One collaboration back in 2014 and he’s been instrumental in Hublot’s ‘Hublot Loves Football campaign that has seen it host events and parties from Melbourne to London, working with some of the biggest names in international football. 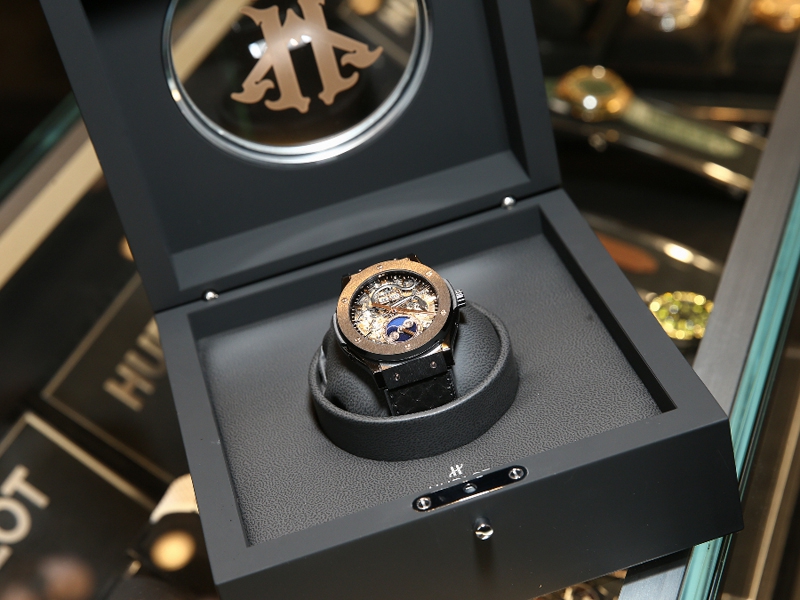 And one of course one of the biggest names ever in football, is of course a Hublot ambassador – Pele. The Brazilian legend was recently a guest of honour at Hublot’s Soccer Aid bi-annual match which pitches football loving celebrities against retired legends. Mourinho was also involved as were several other Hublot ambassadors – and the brand isn’t shy of gathering its star power together.

Hublot also supported a huge Pele exhibition in London last year, before the 2,000 exhibits went under the auction hammer. It represented all stages of his career and was composed of personal and professional objects - medals, trophies, signed footballs and jerseys from historic victories.

“It is an honor for me to represent Hublot, a brand that stands for innovation and watchmaking tradition. They share my same commitment to the sport of football,” Pele has said. 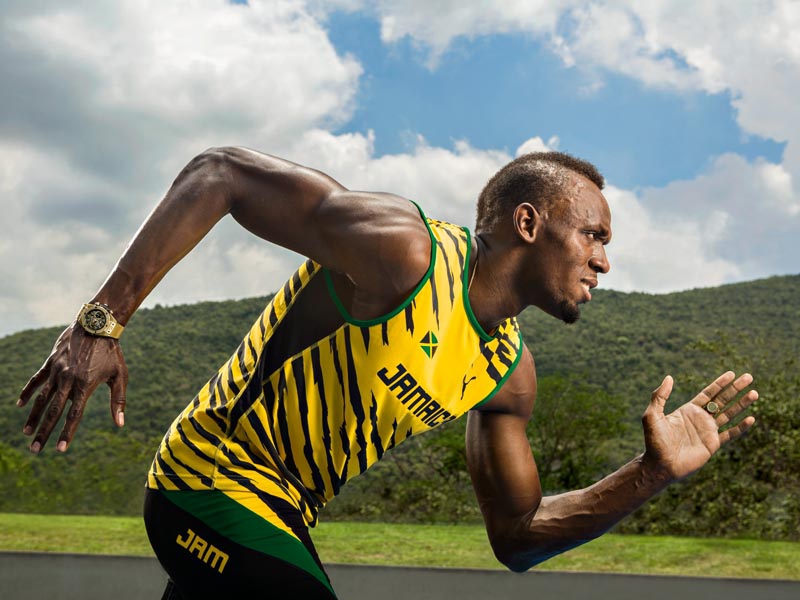 Hublot isn’t afraid to work with entire teams as well, rather than just picking out the odd ambassador. The Dallas Cowboys are one such team – one of the most famous American football teams, with eight Superbowl finals under their belts.

“Collaborating with an iconic team like the Dallas Cowboys felt like a natural addition to our ever-growing platform of unique and exciting partnerships across the world,” Ricardo Guadelope, CEO of Hublot has said. 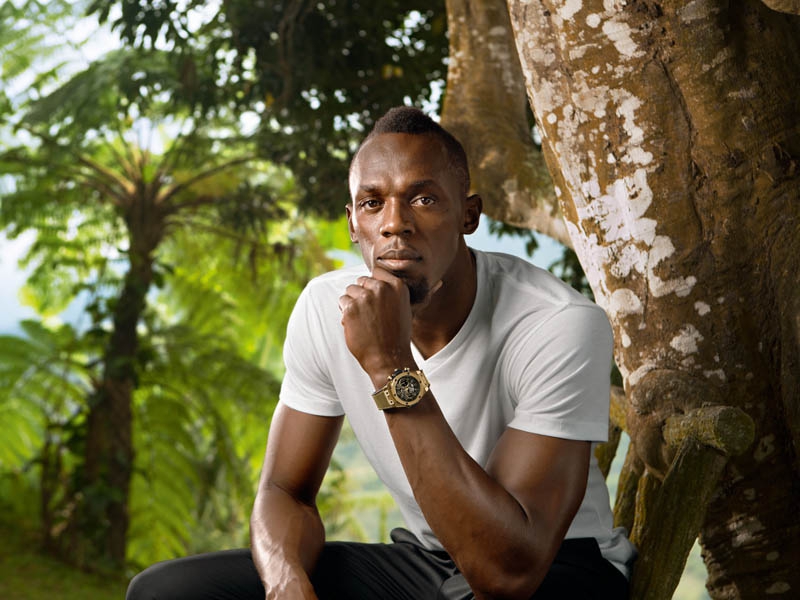 More recently the New York Giants have also become part of the Hublot family. Last September the New York Giant’s wide receiver, Victor Cruz, helped the brand design the Classic Fusion Aerofusion which was inspired by the team. And to celebrate Hublot hosted a cool ‘tailgate’ party – the first time the football ritual has been given a luxury makeover.

But it’s not just team sports where the brand has made in roads. It’s recently become the partner of the World Poker Tour – and of course has made a watch to celebrate the partnership. The limited edition Big Bang Unico World Poker Tour has a column wheel and double clutch visible on the dial side and only 200 pieces were made.

The qualities that bring all of these people together is success, talent and passion – qualities that the young Swiss house has in spades. Not afraid to diversify or collaborate has given it a bigger impact and provided plenty of opportunities to brand, partner up or support some of the coolest events across sport and culture. It surely will go on to increase these to become a truly household name. 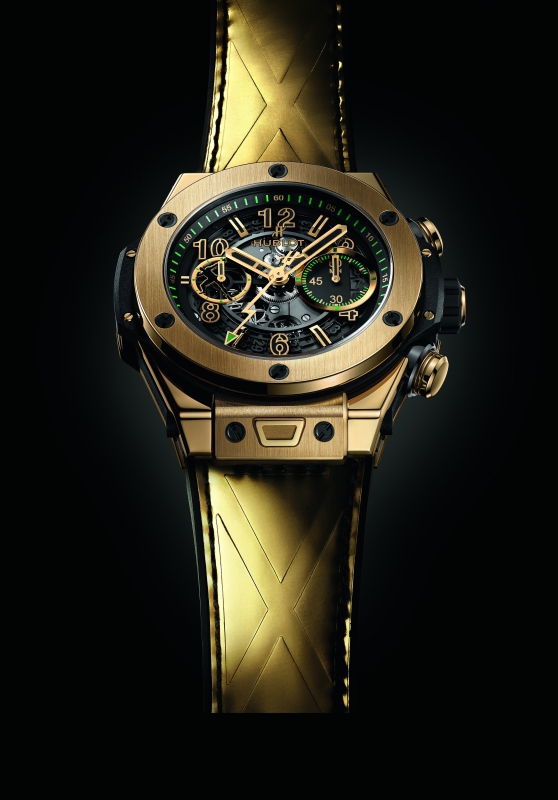