The majority of people Instagram their lunch, car, holiday or whatever's going on in their lives, but rarely (if ever) do we receive any sort of compensation. And nor should we - we're just ordinary people with probably a few hundred or thousand followers.
But for those who command an audience nearly the size of the population of Mexico, there's some serious money to be made. Companies have been buddying up with celebrities for years to spout their products because it's a discreet (some might say 'sly') way of advertising.

Cristiano Ronaldo and LeBron James are the only men listed on HopperHQ's Instagram Rich List. But the footballer earns nearly four times more than the basketballer for every single post.

But while some celebrities are subtle with their product placement, Ronaldo is not. 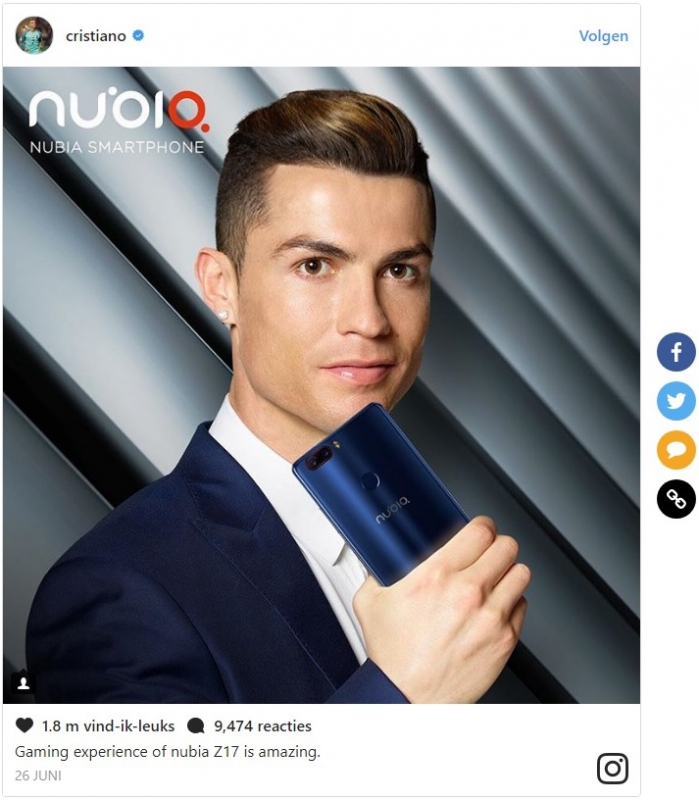 Still, who cares when you're earning that amount of money?

Ronaldo is ranked third on the list, behind Kim Kardashian, who commands half a million dollars, while Selena Gomez takes out the top spot with just an extra $50,000 (AED183,634.-).

The American singer and actress has more than 123 million followers on Instagram alone. She's also quite candid about the products that she's flogging. One of the more shocking results of HopperHQ's list is that Kim, Khloe and Kourtney Kardashian, and Kylie and Kendall Jenner all feature in the top ten. They collectively have more than 400 million followers on the social media app and could bring in $1,770,000 (AED6.501.993,-) if they all individually posted a sponsored picture.

But the individual salaries of these mega-stars pales in comparison when they're ranked against Beyoncé. According to D'Marie Analytics, the singer is the most marketable person on social media and could pull in $1 million (AED3.673.442,-) per post.

The only times Beyoncé has used products in her posts were for Pepsi and for the Fifty Shades of Grey movie - a film which featured one of her songs on the soundtrack.

So, all you have to do to get the big bucks is get millions upon millions of followers. Can't be that hard....
Tags
SportBusiness
Share