A look inside Trump’s $100 million

If you’ve got it, flaunt it – that’s the mantra celebrity and one of the world’s richest men, Donald Trump, certainly likes to follows. His taste in luxury is often described as gaudy by some, but that’s his style. The 68-year-old US property tycoon owns one of the most luxurious private jets in the world which he bought from Microsoft co-founder Paul Allen back in 2011 and gave it a Trump-style makeover — which means swathed it with gold and premium wood. During a recent whistle-stop tour of his golf resorts in the United Kingdom earlier this week, Mr. Trump granted a rare glimpse of his custom built Boeing 757’s lavish and uber-luxe interior.
As mentioned before, the interior is wrapped in 24-carat gold and boasts the latest electronic equipment along with the Trump logo emblazoned on just about every surface. He was accompanied by his daughter, Ivanka Trump, on the trip and visited his golf resorts in Scotland and Ireland.

The current jet, a 1968 Boeing 727 originally operated by American Airlines, is completely kitted out. A plane like this usually has 134 seats but this plane was reconfigured to hold just 24 passengers in the lap of luxury. 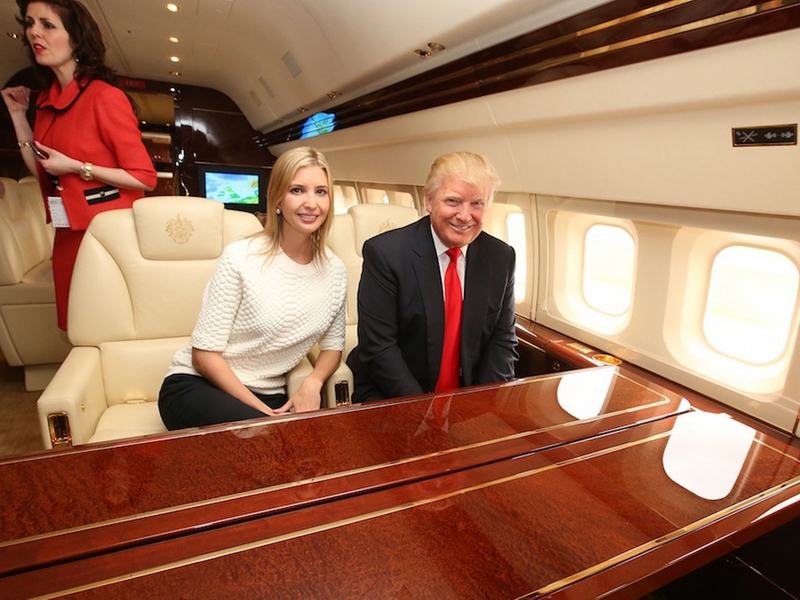 Donald Trump along with his daughter Ivanka Trump. 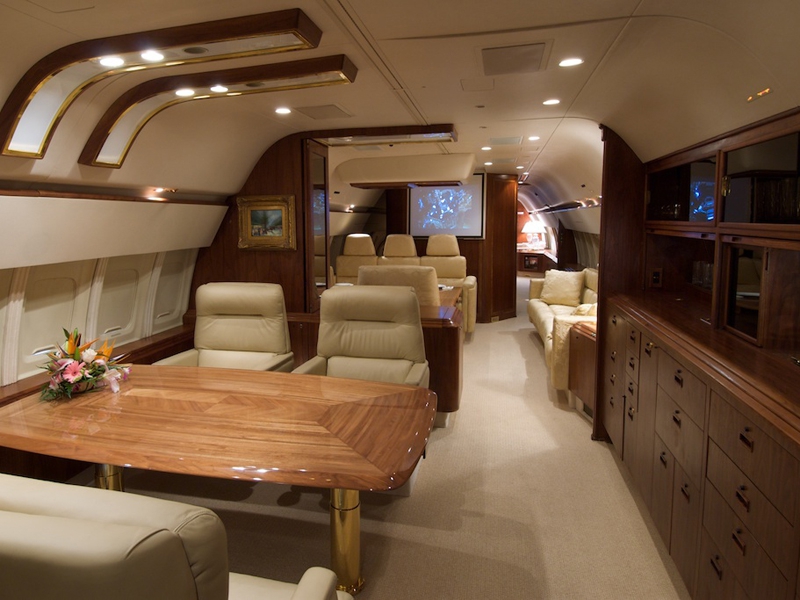 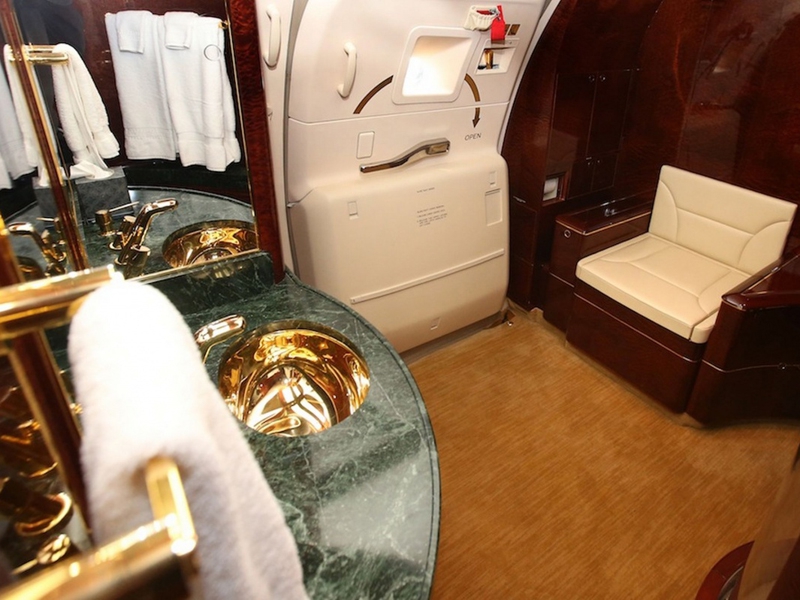 The uber-luxe master bathroom of the custom Boeing 757. 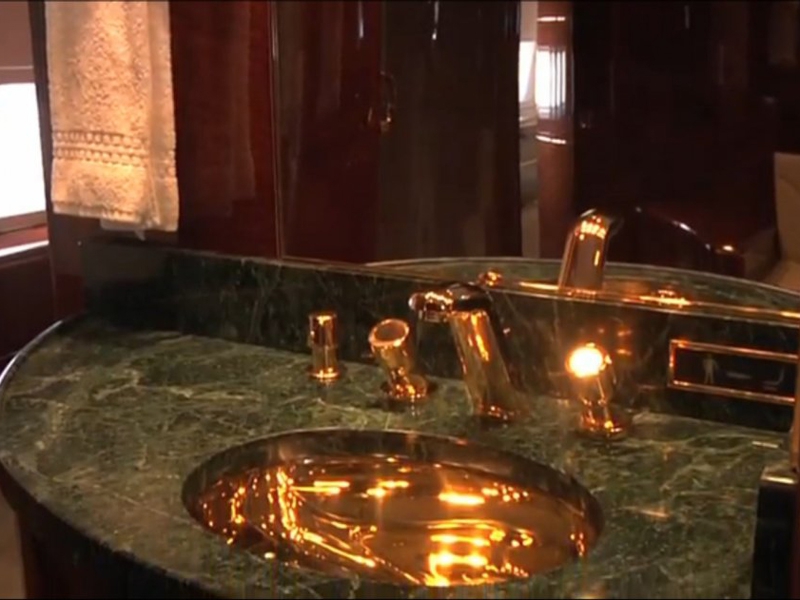 The interior is kitted-out with 24-carat gold including the faucets. 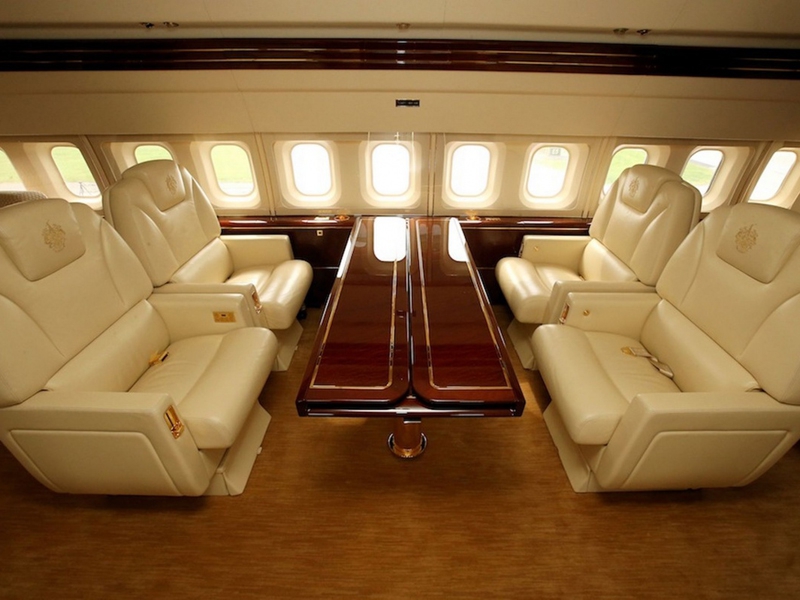 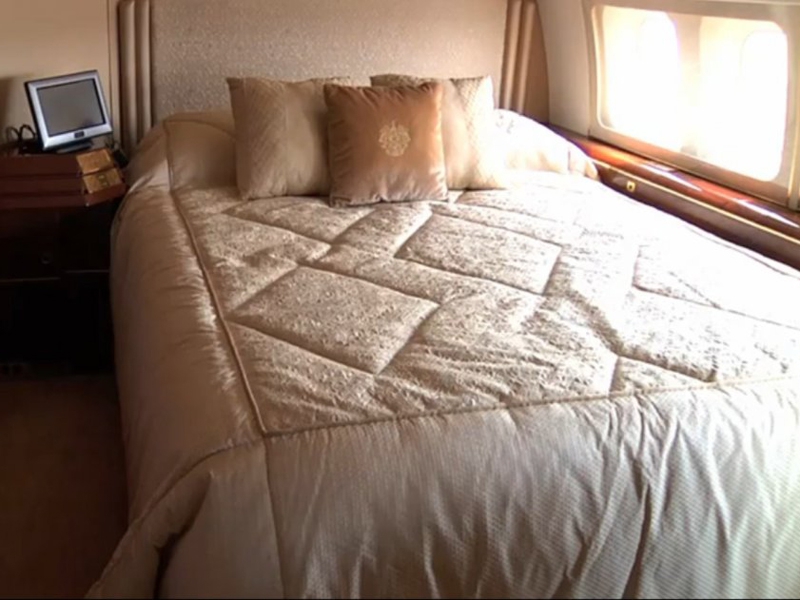 One of the bedrooms of Trump’s private jet. The pillows are embroidered with the family crest.