There's always talk about the planes and houses billionaires blow their money on, so we thought we'd give you a look at some of their more obscure and unique toys. A life-sized shark, Da Vinci's journal, and Hitler's Mercedes are just some of the things that get the world's wealthiest putting down their hard earned (or in many cases, easily inherited) cash. So who owns the Batmobile?
S. Truett Cathy - The Batmobile

S. Truett Cathy made his fortune with the Chick-fil-A fast food chain and is estimated to be worth around $2 billion. He chose to spend some of that change to buy himself the batmobile used in the 1992 Batman Returns movie, at a price of $250,000. 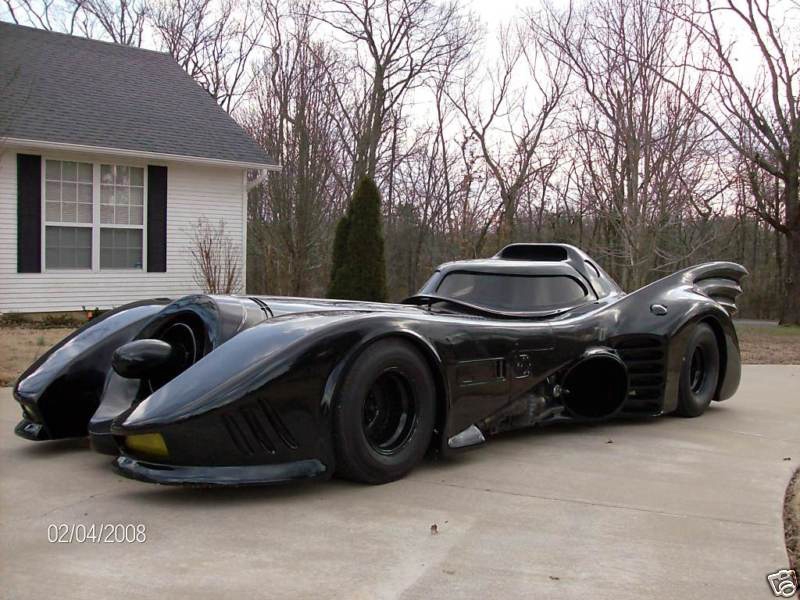 As the hedge fund manager and founder of SAC Capital Advisor, Steven Cohen is worth $11.4 billion.

He has spent $137.5 million on de Kooning's Woman III (the second most expensive painting ever sold), and just recently dumped $110 million for a Jasper Johns.

It's a good thing this shark suspended in formaldehyde was cheap - $8 million- because the giant fish has been dealing with some serious deterioration issues and has now been pickled in alcohol. 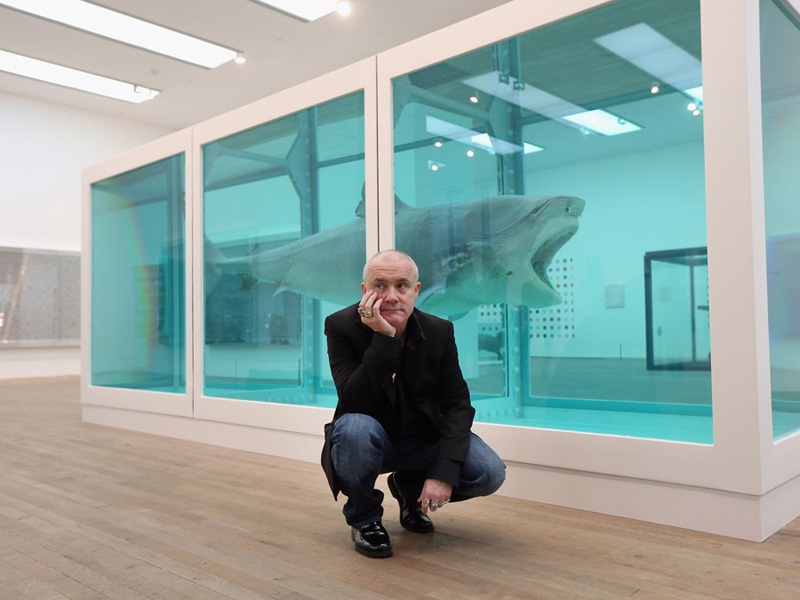 The Microsoft co-founder is estimated to be worth $21 billion. His passion is collecting and restoring WWII-era planes and he has around 20 that are being house at Paine Field in Everett, Wash. The hanger alone cost $5.2 million. 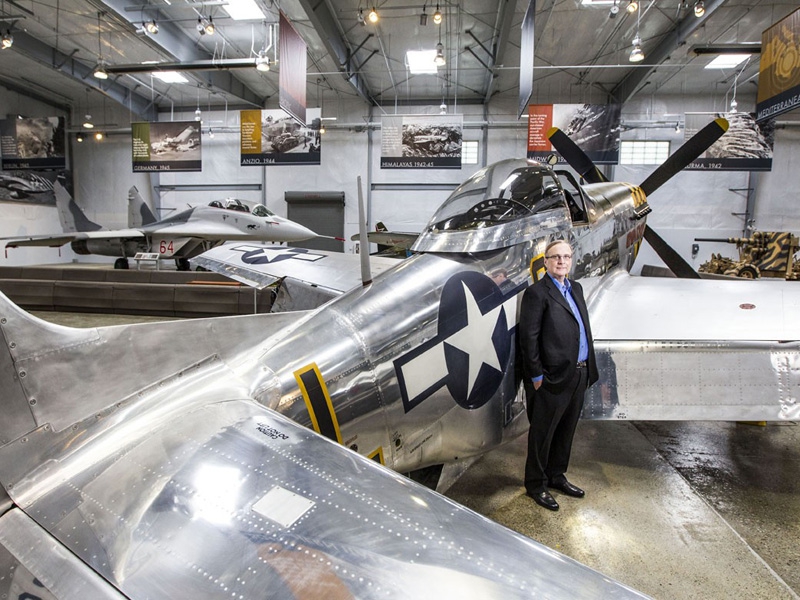 The Sultan of Brunei - Most Expensive Car In The World

He's already gotten the most expensive haircut in the world ($21,495), so buying the “Star of India,” a $14 million Rolls Royce convertible that belonged to the Maharaja of Rajkot, is not such a big deal for the Sultan.

Oh, and as the head of state he also owns immunity in court. Priceless. 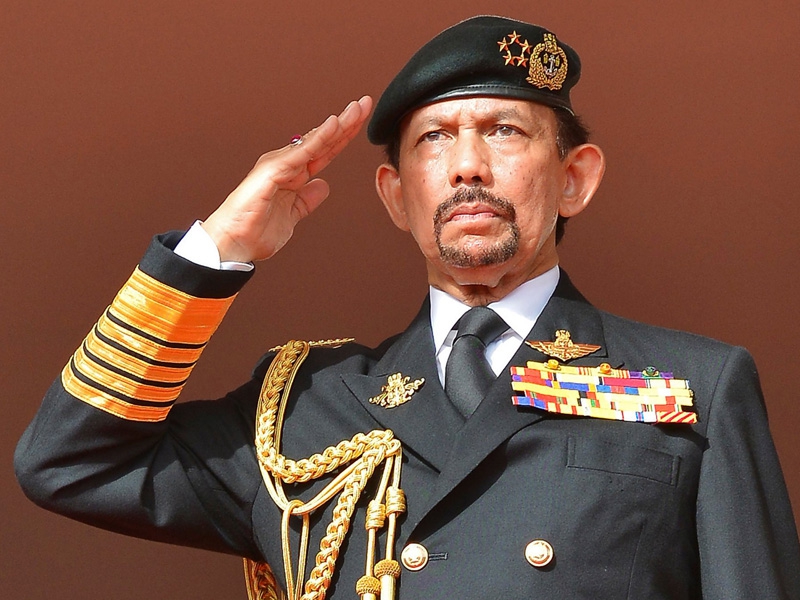 Ronald Lauder, the heir to the Estee Lauder cosmetics company, is estimated to be worth $3.2 billion.

He has an art collection valued at $650 million. He got a Kirchner for $38.1 million and in 2006 spent $135 million on a portrait by Klimt -- the third most expensive painting ever sold. 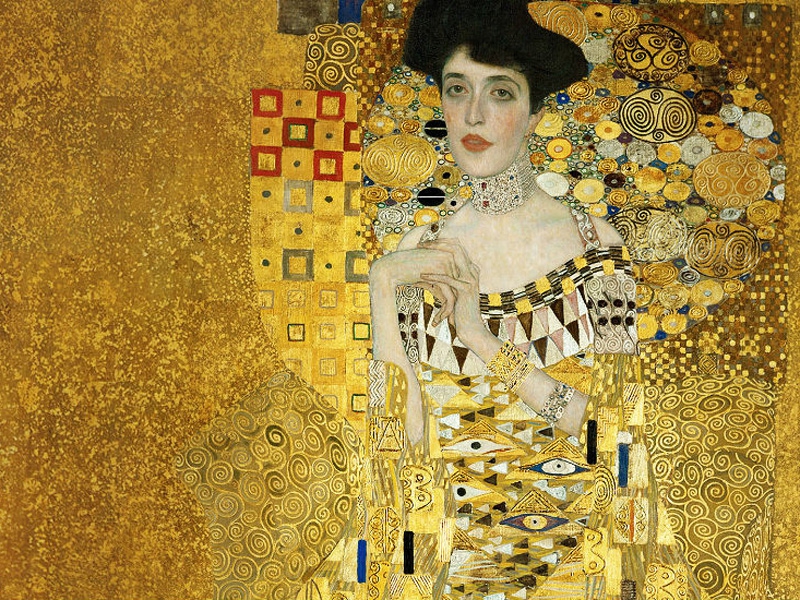 Dr. Henry T. Nicholas, III is worth $2.3 billion, and at 6 feet 6 inches tall, we're guessing the co-founder of Broadcom must have requested an extra tall ceiling for the sex bunker he was alleged to have built in the basement of his Laguna Hills home.

(Nicholas's lawyers denied the charges.  A judge later cleared Nicholas of the charges, while acknowledging that he had had a serious drug problem.). 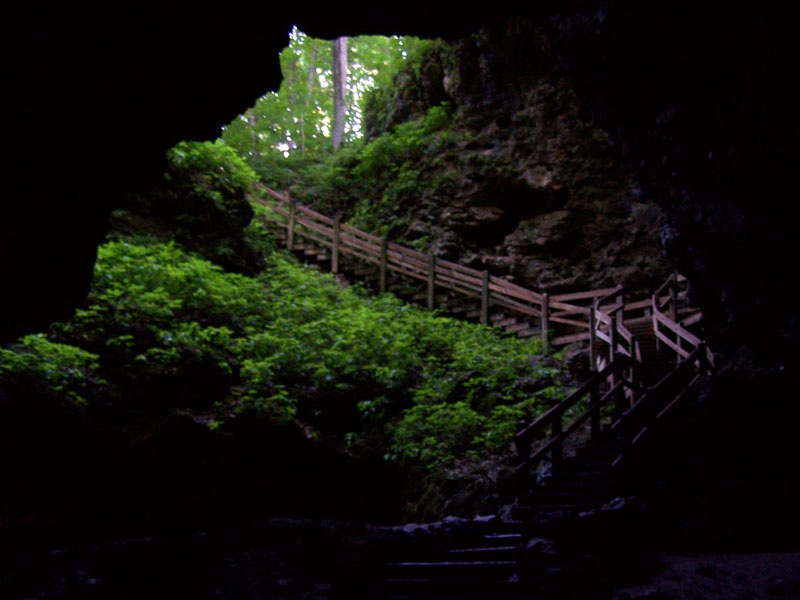 Abramovich is THE Russian business man, owner of Millhouse LLC, and the Chelsea Football Club.

His estimated net worth is $11.2 billion and his yacht, The Eclipse, was purchased for around $450 million. It's the largest private yacht sailing the seas and has a missile-detection system, two helipads, a luxury spa, swimming pool and a miniature submarine. 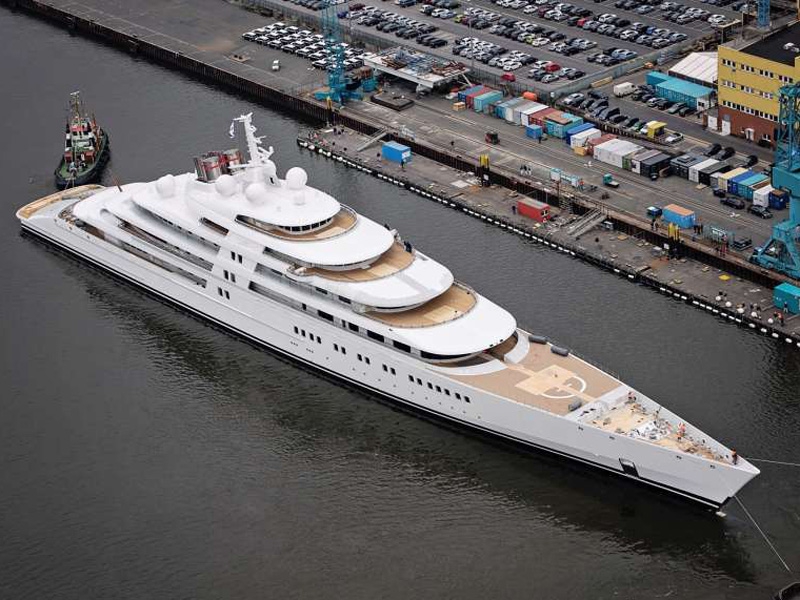 When Richard Branson bought Necker Island in the British Virgin Islands, he was only 28 and his Virgin group was only 6.

Now, Richard is estimated to be worth $5 billion, at the time his funds were relatively limited. He says he still managed to nab the 74-acre uninhabited island for around $100,000, though other sources claim it was around $270,000. Either way, not a bad deal for a place that's now worth around $60 million. 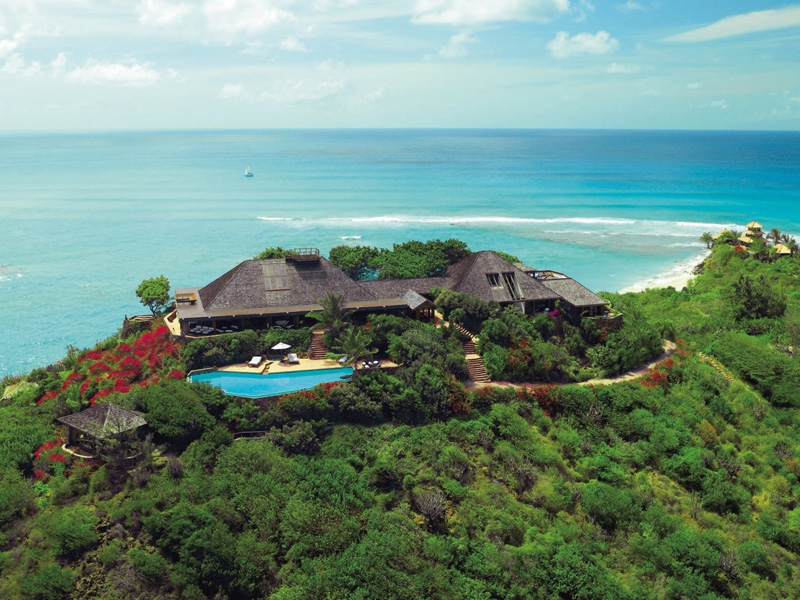 There are 62 billionaires in Russia and one of them bought Hitler's private Mercedes in 2006 for a sum between $6 million and $15 million.

The man has, not surprisingly, chosen to stay anonymous, but the deal was arranged by Michael Froelich, a Dusseldorf-based dealer, who claims the Russian is interested in buying additional Nazi cars for which he is searching. 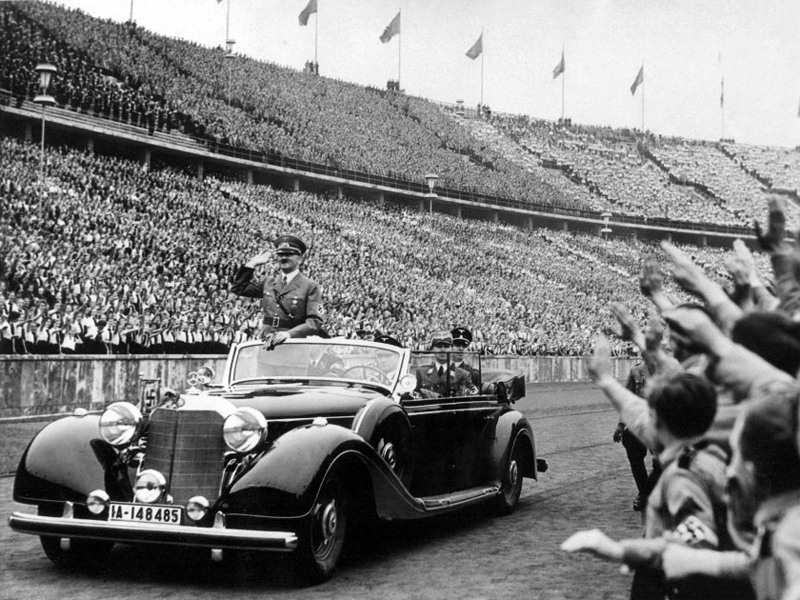 In the 80's and 90's, Paul Allen supervised the construction of his state-of-the-art sports complex which opened in 1995 and ended up costing $262 million.

In 2005, he lost the fight with city officials and his project became the property of a national group of insurance companies, leaving Allen with a loss of $46 million from his $21 billion stash. 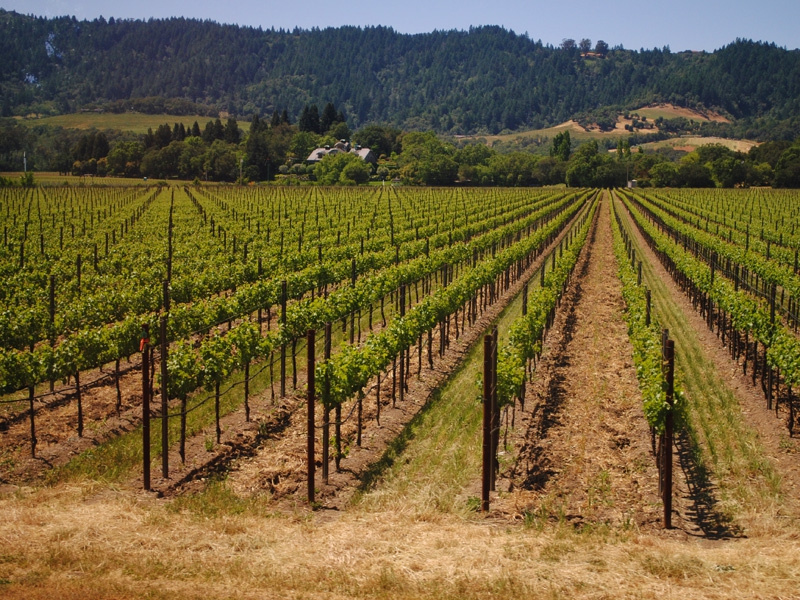 Though Gates recently lost his #1 richest person in the world spot to Mexico's Carlos Slim Helu, he is still estimated to be worth $83 billion.  In 2009, property taxes on his home were reported to be US $1.1 million on a total property value of $147.5 million. 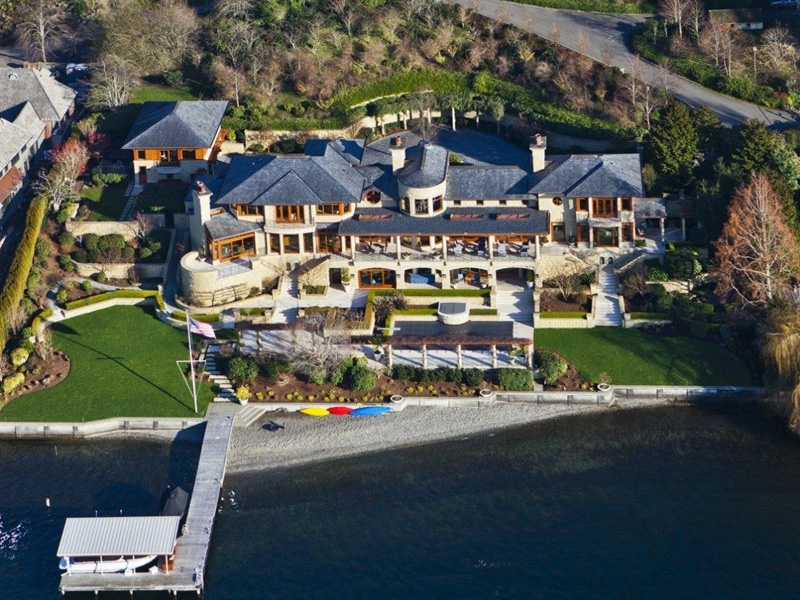 Mukesh Ambani is the world's 4th richest person, with a net worth of $29 billion.

While 42% of Indians live below the international poverty line (less than $1.25 per day), Ambani has built the world's largest and most expensive home -- a 27-story skyscraper-- for close to $2 billion. It has 4,000,000 square feet of interior space and stands 550 feet above Mumbai's slums. 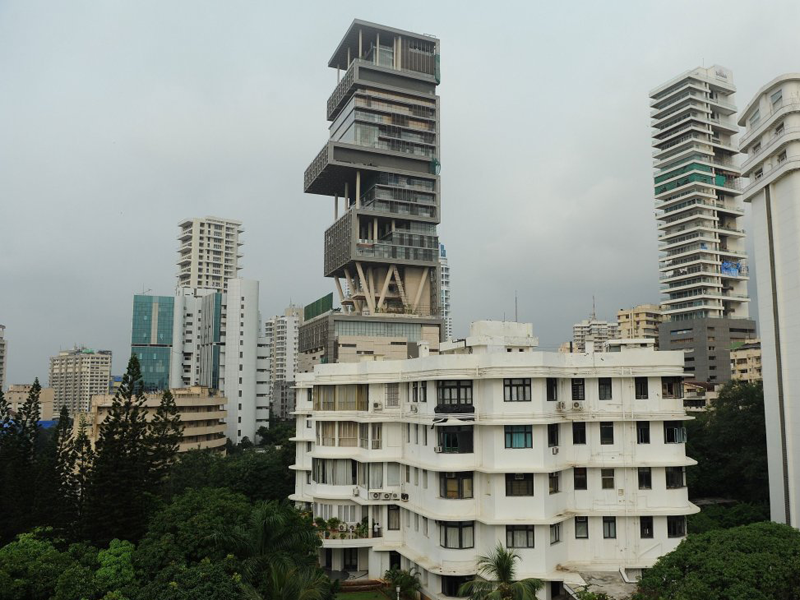 Hassanal Bolkiah Mu'izzaddin Waddaulah is back.

In addition to his cars and haircuts, he also owns and operates a $3 billion theme park called Jerudong Park. The park used to be free of charge and is currently closed for repairs. 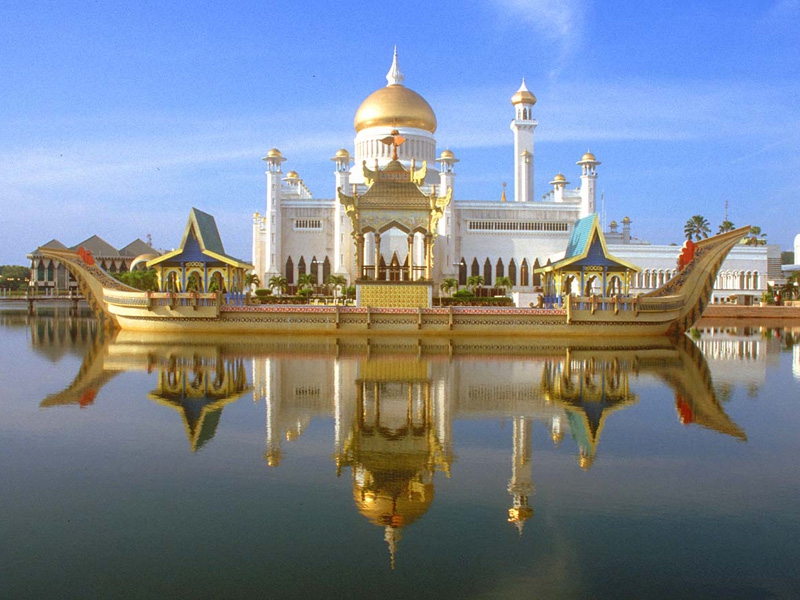 Of the 30 surviving Da Vinci scientific journals, the Codex Leicester is the most famous.

Gates bought it at a 1994 auction for $30.8 million, making it the most expensive book ever sold. After the purchase, Gates had the notebook digitally scanned and made available as a comprehensive CD-ROM. You can buy the CD for less than $30. 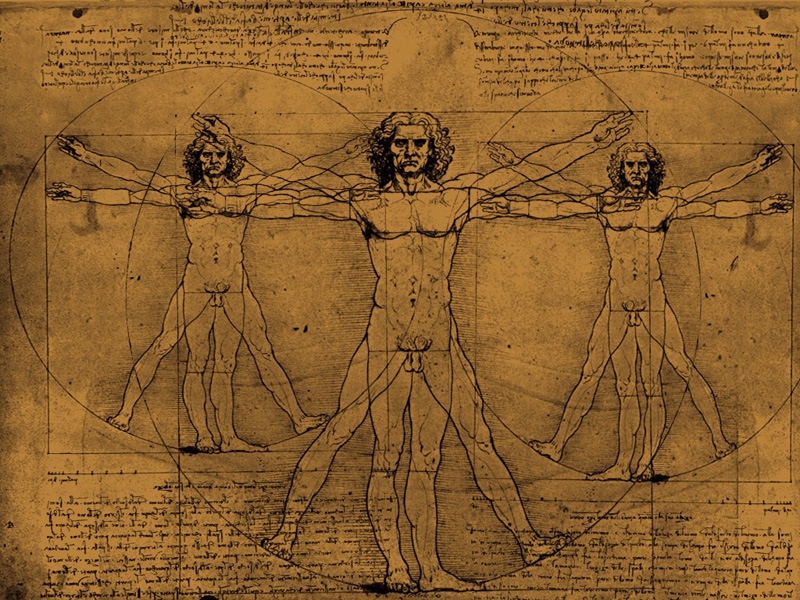 CabinetLiechtenstein's prince bought the Badminton Cabinet for $36 million at a 2004 Christie's auction. The price tag set a new record for the most expensive piece of furniture ever sold, with the cabinet winning out against...itself.

The ebony set of drawers - inlaid with amethyst quartz, lapis lazuli, and, agate- was previously bought in 1990 by Barbara Piasecka Johnson (Johnson & Johnson) for $16.59 million. Prince Hans Adam II donated it to the Liechtenstein Museum in Austria. 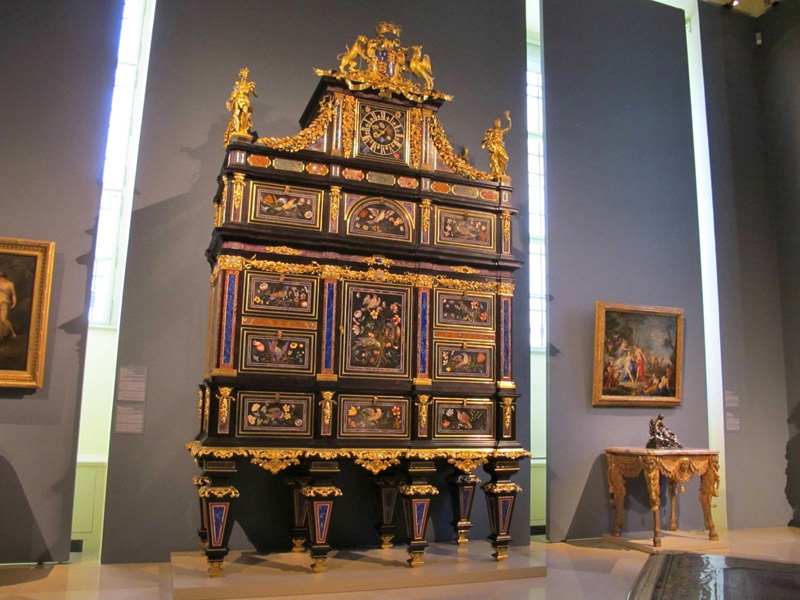 Jones is the founder of Tudor Investment Corporation, a multi-billion dollar hedge fund, and is worth an estimated $6.3 billion. A luxury villa on his reserve costs $16,500 per night.

The spacecraft in the works is aiming to be the first of its kind to lift humans 75 miles above the earth, let them float around for three minutes in microgravity, and return them safely to Earth--all while remaining permanently in a vertical position. In addition to Bezos' bucks, the project just received $3.7 million in funding from NASA. 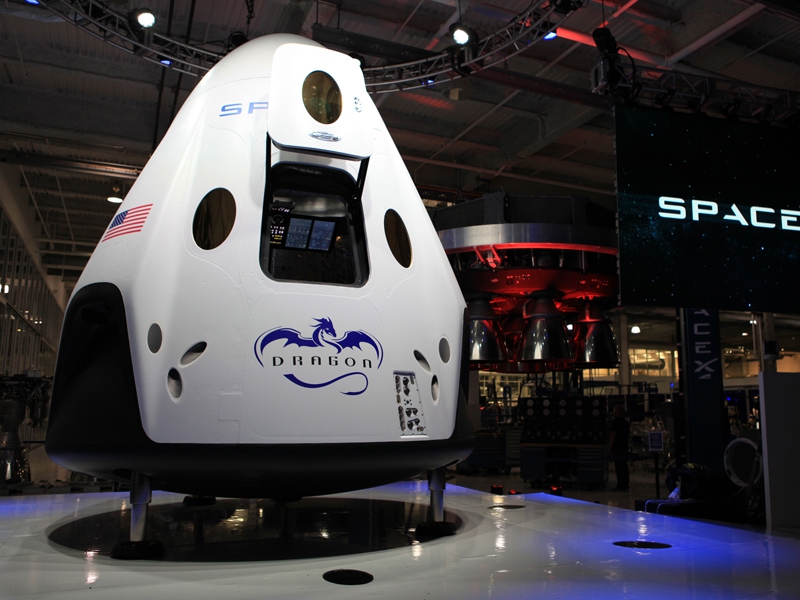 Branson, who is worth $5 billion, spent approximately $200 million on his eight passenger spaceship.

The ride will provide 6 minutes of weightlessness for the passengers, who will each pay $200,000 for a ticket. The New Mexico authorities are also investing almost $200 million in a runway and hanger for the spacecraft. 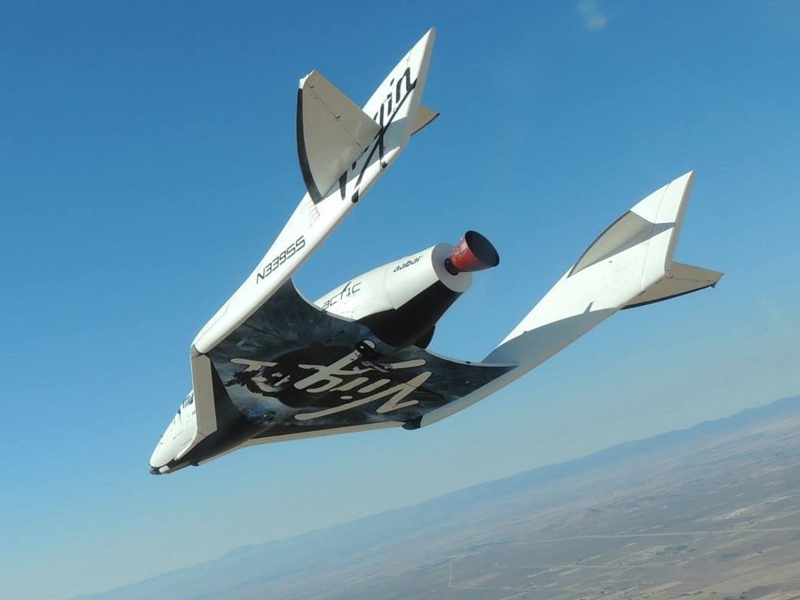 The NYC engineer and businessman is estimated to be worth $19 billion, millions of which he spends on trying to prove climate change is all made up.

A part of the campaign he has invested in an impressive hot air balloon which stops in cities across the US as part of "The Hot Air" tour intended to show that climate change is just a bunch of "hot air". 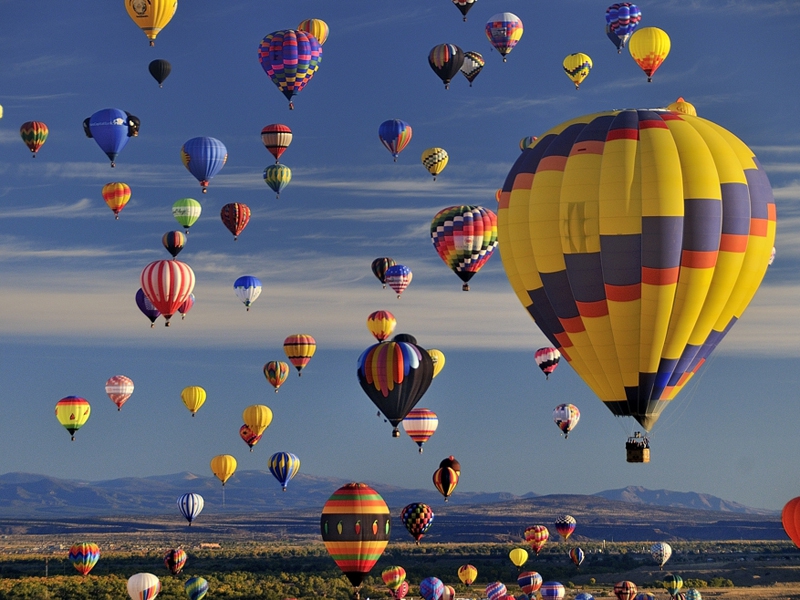