“I’M NOT A COOL AND QUIET PERSON”

Martin Scorsese’s body of work reads like an honour board of the greatest American films ever. He is quite simply the Godfather of Cinema (although ironically that is one film he didn’t direct). Whether being enthralled by Robert De Niro in Raging Bull, bewitched by Leonardo DiCaprio in Shutter Island or entertained by Matt Damon is The Departed, the constant genius running through all of those pictures, and many more, is the directorship of Scorsese.
Born into an Italian family in 1942, Queens, New York, he turned to film not long after embarking on a path to the priesthood, and his lifetime's work has been shaped by his own experiences. It is no coincidence that Robert De Niro has consistently delivered his career best performances when working with his favourite Director on projects such as Cape Fear, Taxi Driver and Casino.

It is this partnership that has film fans salivating at Scorsese’s next release, The Irishman, an upcoming American biographical crime film for which the man widely recognised as America’s greatest ever Director has pulled together a stellar cast including De Niro, Al Pacino, Jo Pesci, Harvey Keitel and Bobby Cannavale amongst others. This power line-up demonstrates that no matter his age, actors are still desperate to work with the cinematic maestro. We take time here to pick his brains on the Cinema. 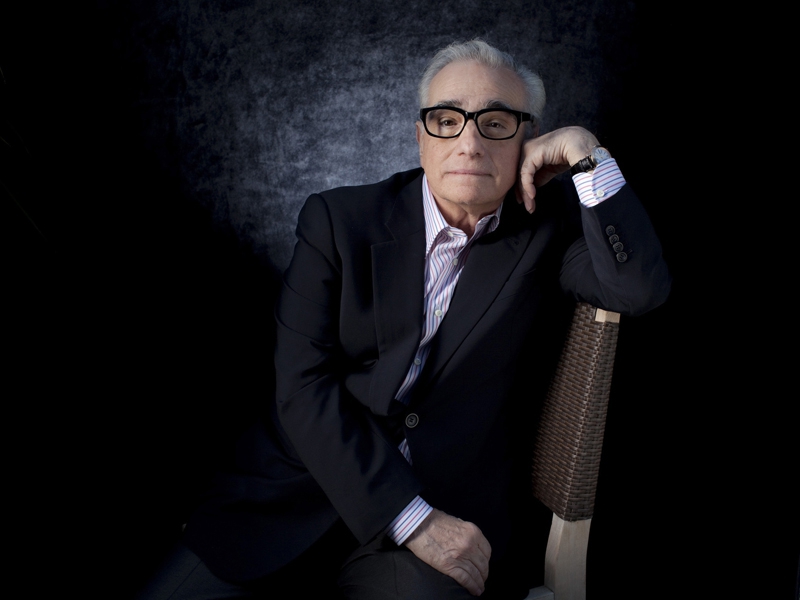 Mr. Scorsese, are you optimistic or pessimistic about the future of cinema?
It’s a very exciting time because it’s all new, everything is off the board. It’s no longer the cinema of the 20th century. I guess we’ll call it cinema, but films will be made for these small screens.

Is that a good thing or bad thing?
That doesn’t mean that’s bad, but they shouldn’t see Lawrence of Arabia on those screens, that’s all. I think it’s a matter of putting things in perspective and place. But I feel we must always, always expose the younger generation to the films of the past, that’s the best possible circumstance. Otherwise culture, everything will be forgotten. We’ll only be dealing with animated films and, you know, giant communal experiences that are surface films – you look at them once and – bang! – it’s gone.
That would be horrible. 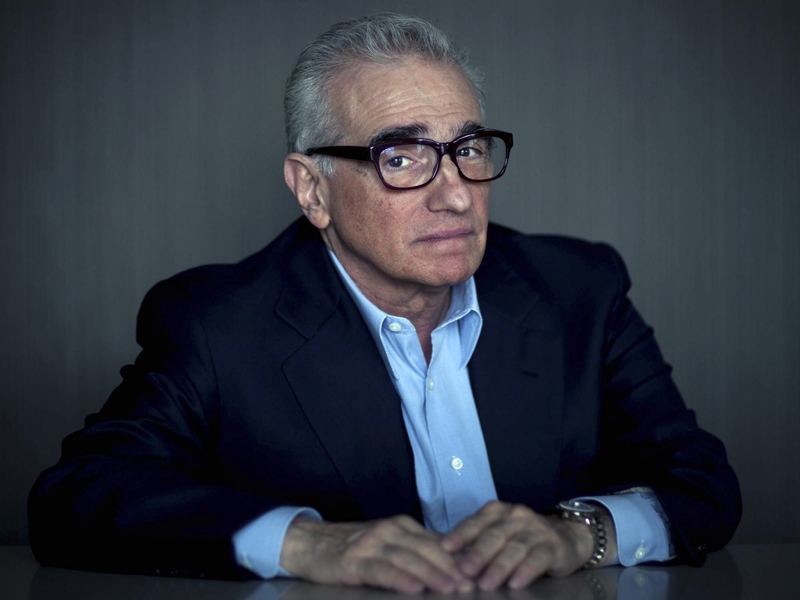 I hope not sentimental. Sentimental is superficial, isn’t it?
More emotional?
I’ve always been emotional. It’s genuine sentiment I hope. You know, it’s just a matter of growing older and seeing people around you being born and dying. And having a child at a late age is different from when my first two daughters were born when I was in my 20s and 30s; it’s a different perspective. It’s time to think of the end, like in my George Harrison picture. Being a Roman Catholic it’s always been time to think of the end for me.

Do you allow your daughter to see your movies yet?
No, no. (Laughs)

When do you think you will?
My wife and I talk about it a lot. Kundun I’d like to show first, but it’s not necessarily the style even… Or Alice Doesn't Live Here Anymore, even The Color of Money maybe. But she’d have to see The Hustler first, which is a better picture, and I don’t necessarily want that. But still, The Hustler you have to be sophisticated to a certain extent, older than 13 or 14. So I don’t know, it’ll be interesting to see.

Did your father take you to the cinema?
There was a bond between my father and I with those early films that I saw in the late 1940s and early ’50s until I started going to the films by myself. The only place I could really find a sense of entertainment that was not sports, fighting, running, laughing, going to the country, or seeing animals was in the movie theater. 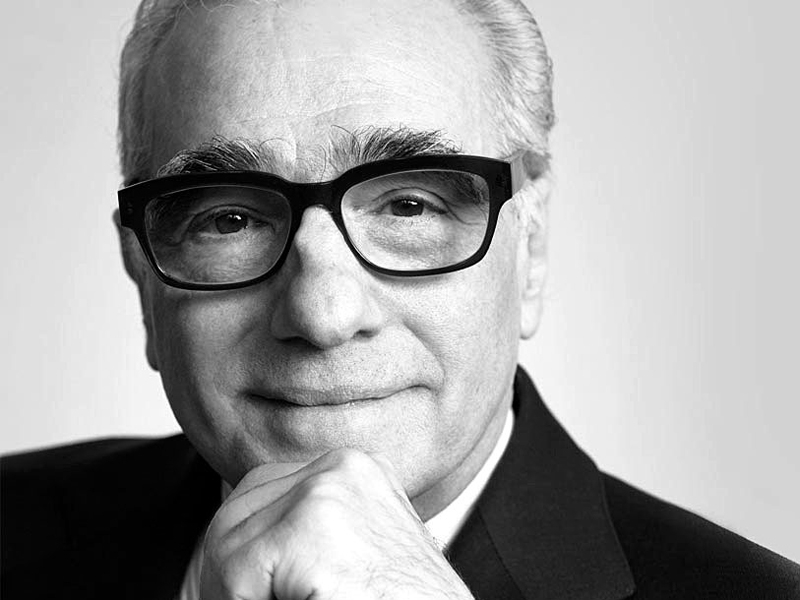 What was it like growing up in the 1950s in New York?
I was around the working classes, not people who read books. The conservative working class, they had gone through the Great Depression and World War II and then there was quite an economic boom. The cars were getting bigger and more importantly the fins on the car were getting bigger. On the Lower East Side the only guys who had big things were wise guys. I mean, in New York if you’re working class you don’t have a car. In the city you use the subway or you use the bus.

That was the beginning of the Cold War. Was there constant fear of an attack from the Soviet Union?
You felt it and you knew it. The nuns would tell us at school, any low-flying plane could be delivering that bomb. We’d all hear a low-flying plane and we’d all be terrified. I remember going to school every day, it was very cold usually, and they gave us dog tags in case of an air raid. You got to school and you were praying that there would be no air raid that day. I was very impressionable, what can I say? I had nothing else to do, that’s who I am. I’m standing there in 3rd grade and all of a sudden you’d hear her on the loudspeaker: “Attention please, take cover!” And you’d jump underneath the desk and then you found out it was just a test. It was pretty crazy. 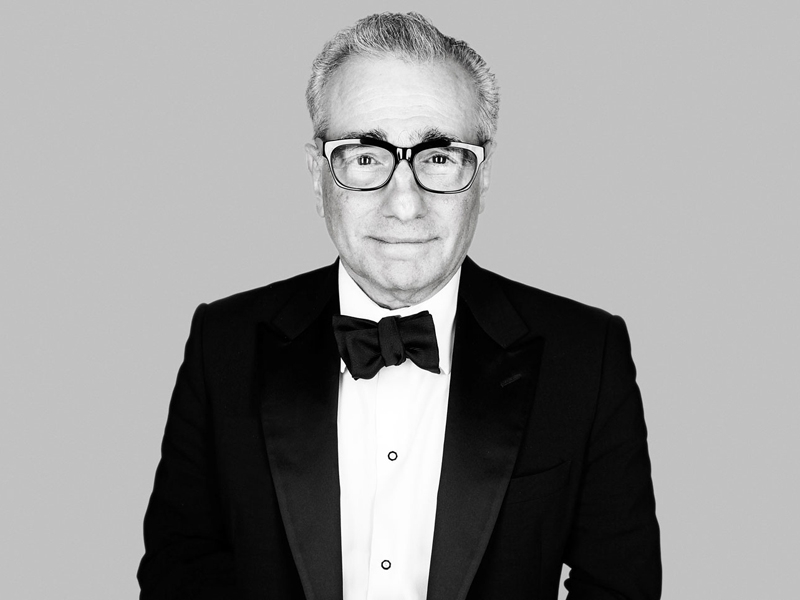 What’s the craziest thing you’ve done making a movie?
Pretty much everything. I find when I make a movie that I never realise what is really involved. When we were shooting Raging Bull me and my producer would say, “This is crazy! How did we get here?” But if we thought that at the beginning, we never would’ve started.

Did any actors ever tell you that?
Funny enough, it was never an actor. But Michael Ballhaus, my director of photography, turned to me during the impossible first shot of The Last Temptation of Christ and he said, “This is the way it’s going to be. It’s going to be a tough movie. Every shot is going to be working against us.”

Do you think it has to be like that?
Other people will say there’s a different style, a different way of behaving around films and behaving about directing, where everything is cool and quiet. Well, I’m not a cool and quiet person.
Tags
Business
Share