As you’d expect from a former F1 driver, Button is not a man who is happy relaxing, his fast pace job transmitting into his personal life as well. He is a man of style however, equally at home on the fashion and glamour circuit or in the bars and clubs, as he is on the racetrack. What better man then to fill us in about the world’s greatest hotspots, destinations, hotels, restaurants and roads. 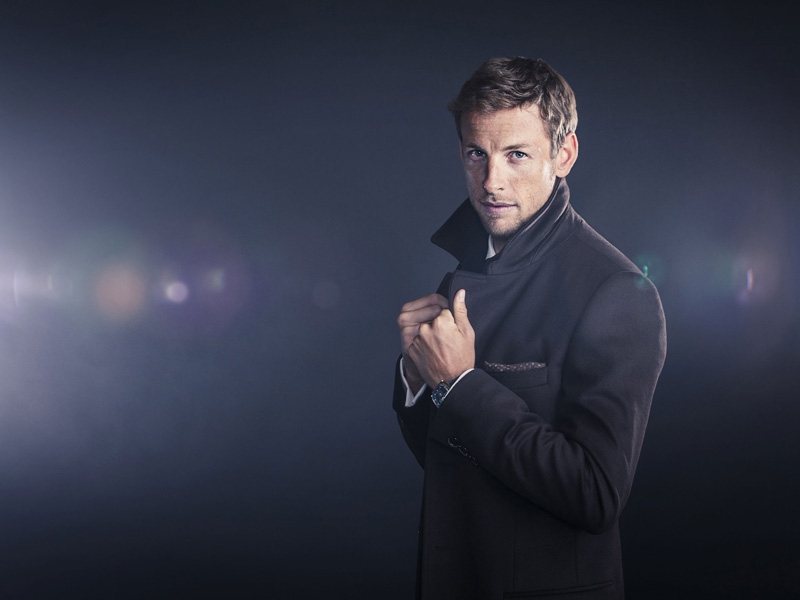 If you could only save only one car from your collection…
That’s a tough question. I could get all emotional and say a certain car, but I won’t. I really love my McLaren P1… but the one I would save is a competitor’s car. I’ve got a Ferrari F40, which I just love. I will never sell that car because it is so close to my heart. When I grew up I had a picture of Bart Simpson on my wall, a picture of Pamela Anderson, and a Ferrari F40. I don’t know which one has aged the best, but for me it is the F40.

Do you think we that we need more personalities in F1…
Yes! And that’s why I’m really happy we have someone like Daniel Ricciardo in the sport, Ricky Bobby as I call him. He’s a good friend and he really doesn’t care, in many ways, what people think of him… he is just himself. I love that about him.

If you had to go out for dinner with four of your former fellow racing drivers, who would you pick?
Definitely Ricky Bobby, Daniel Ricciardo. Second, Felipe Massa because he also recently retired. Fernando [Alonso] can actually be quite fun. Now I’m stuck… I’ll tell you what, Sebastian Vettel sent me a WhatsApp the other day. I was shocked! Not just because he sent me a WhatsApp, I was shocked by the content. Unbelievable! I still wouldn’t invite him though. It would probably be Daniil Kvyat, because he’s a lot of fun. And it’s funny because we racing drivers often swap crash helmets after a race, and recently he asked me if he could have mine. And when I asked him why, he said he had a story: he told me I was the only driver he had ever asked for an autograph. He said: ‘I was trying to get in with this girl, so I got your autograph for her.’ This is something like ten years ago, before he was in F1. So yeah… I’ve got a fan. Apparently it didn’t work out with the girl though.

Have you ever hit an animal in a race?
Yes! A bird. I’m sorry haha.. It was actually on my second test with Williams back in 2000 in South Africa, and I was driving down the straight in Kyalami and this bird flew straight at me – I suppose I was driving straight at it. Anyway, in F1 cars they have a very small windscreen that’s about 10mm high and the bird crashed through that, hit my helmet and went into the air duct above my head. That was messy. But the weird thing was I got out of the car, feeling pretty sorry about the poor bird, then when I came to get back into the car I couldn’t drive because I had pulled something in my neck. Damn bird!

Who is your favorite teammate of all-time?
Rubens Barrichello. We spent four years together and we went through some very difficult times together. I mean, at one point my team didn’t exist anymore, at the end of 2008. But in 2009 we drove together at Brawn and that was a special time. And he was also the best team-mate in terms of setting up a car. Fernando is good, but Rubens was at another level. Let me put it this way, you can see why Michael Schumacher wanted him as his team-mate for so long.

How often do you travel?
I fly about once a week, from Monaco, where I'm based, to either the Studio (for race analysis) or to visit different races around the world in the different GP classes. But when I'm on a break, I go on holiday about twice a year, for a good length each time. This October, I'll probably be somewhere in Europe but during the winter I'm usually somewhere warmer, maybe Hawaii.

What do you need for a perfect holiday?
My bike, because I really struggle to sit on a beach. I don't mind it for a little while, if I'm recovering from my daily training routine. But I'm a real "outdoorsy" person, so getting out and experiencing new places on a bike or swimming or running is what I'm about. I love food, so good restaurants are also important.

Best city for food?
Tokyo has the best restaurants, but there are so many I can't pick just one as the best. But soba noodles are definitely my favourite dish.

Favourite holiday destination?
Hawaii. I go there nearly every winter, for three or four weeks, and it's like a second home to me. It's perfect because it's pretty much sunny the whole time I'm there. I've got a lot of friends who travel as well and we spend a lot of time together in Hawaii.

Have you ever been on safari?
I've never been on safari, but it's something I definitely want to do. I recently got engaged, and we don't know where we will go for our honeymoon. Safari might be a good idea because beach holidays aren't my thing.

Your most relaxing destination?
I don't have one because I don't really like relaxing. I hate relaxing, it's the worst thing in the world for me. It probably comes from the Formula One world I live in, which is action packed and fast-moving the whole time, even when you're out of the car. So for me to chill out is not a good thing, and I've got to go somewhere that's fun.

Favourite hotel?
The Conrad Singapore, because the Singapore Grand Prix is such an unusual race for us. Everything is done sort of back-to-front, staying on European time even though we're in Singapore. I have dinner at two o'clock in the morning and breakfast at midday (both on Singapore time). So the staff have been fantastic over the years, looking after at us at unusual times. They've really made us very relaxed just before getting into the circuit. I’d highly recommend the Conrad. 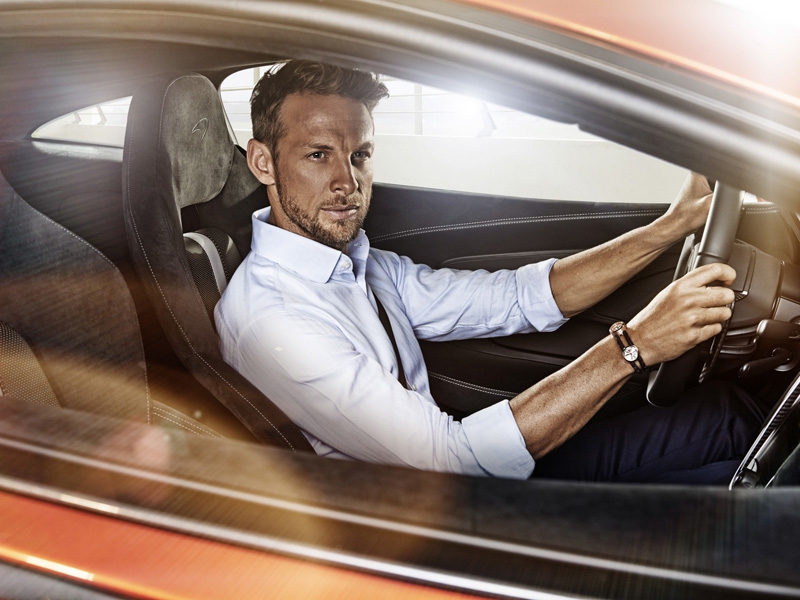 Favourite city?
Obviously, hailing from the UK, I do love London - it's a great city, but surprisingly I don't get to see it very often because when I'm in the UK, I'm always at the MTC, either doing simulator or sponsor work. But my favourite city would have to be Tokyo. I always have a lot of fun when I'm in Tokyo. My fiancée lives there as well, so it's a place I love to visit. I think it goes hand in hand with my fast paced lifestyle.

Best city for a drive or a road trip?
Driving just outside Monaco is pretty great. If you head into Italy, you have the Stelvio Pass, which is one of the most famous roads in the world. I also like driving in Hakone, Japan, where the hot springs are. I drive there a lot when I'm in Japan. This past winter when I was in Hawaii, I drove up Mauna Kea, the tallest mountain in the world when measured from below sea level. We were driving above the clouds, which was pretty awesome, so if you ever get a chance on the Big Island, you should give that a go.

Favourite city you've competed in?
My favourite place would have to be Monaco. There's so much history in Monaco, and it's where I won the Grand Prix and where I live, so it's very special to me.

Worst travel experience?
Lost baggage is always the worst and you sort of know before it happens as well it's such a strange feeling. But for me, one of the worst moments was when I was trying to fly to the United States from Australia with an ESTA, which is an electronic visa. Whenever you're flying from Australia, you always seem to have to show a printed-out version of your electronic visa, which always really frustrates me. They always ask, "Have you got a printed copy of your visa?", and I'm thinking, "Of course I haven't got a printed copy - it's an electronic visa." So I ended up missing my flight once and it was one of my most frustrating times at an airport.

Are you a nervous flier?
No, but I listen to everything. Having worked in motorsport for so many years, you listen to the engine. When everything is going well, you can hear it and when suddenly it's not, you know what's happening. Every time there's a change in the engine sound, I'm always listening to what's going on.

Best piece of travel advice?
Don't rush. You get so stressed if you do. Leave a little bit earlier and try to stay relaxed.

What do you hate about holidays?
I don't hate anything about holidays, as long as there are enough things to do wherever I am. As I mentioned before, I hate relaxing so a lazy beach holiday doesn’t really do it for me.

Where next?
I've never been to the Maldives but have always wanted to visit, just to experience something very different. I would probably stay on a very small island. It's been something I've tried to save for a special occasion. I've got my PADI diving certification as well; it looks like a fun place to go diving.