Grigor Dimitrov is ready to knuckle down

When Grigor Dimitrov tells you that he is knuckling down and cutting out distractions, the natural response is to cock a sceptical eyebrow.
It seems the bright lights of London’s entertainment venue suit his game well and his recent form has been even more impressive with him recently achieving his highest ever ranking of Number 4 in the World.

An Australian Open Quarter Final against young Brit Kyle Edmund looked to have presented an excellent opportunity to make headway towards winning his first ever major title but he was surprisingly beaten and ended up watching Swiss Legend Roger Federer claim that crown. Never the sort to let a defeat knock his confidence however, Dimitrov is sure to be back with a vengeance.

Dimitrov has never been the type for a quiet night in. This is the man who parted from one A-list girlfriend – Maria Sharapova – only to hook up with Nicole Scherzinger instead. This is the man whose favourite chat-up line, delivered with a roguish twinkle, once featured on a Wilson racket advert. 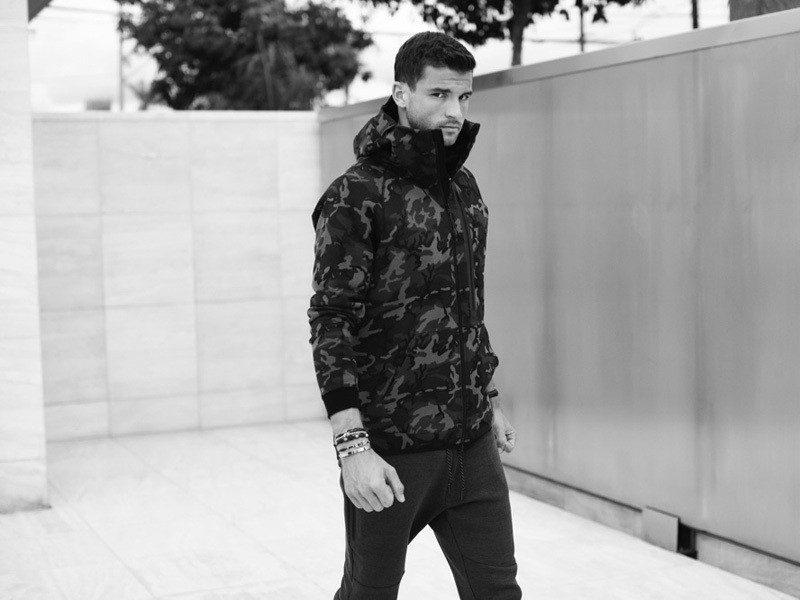 But when you look at Dimitrov’s results – recent wins over Rafael Nadal and Milos Raonic, plus a first ATP title for 2½ years in Brisbane – you realise that he might just be telling the truth. After a dismal 2016, which carried him to a low point of No 40 in the world just after Wimbledon, the man they call “Baby Fed” is marching back up the rankings and 2017 also saw him reach only his second ever Major semi-final, at the Australian Open (his 2014 effort at Wimbledon being his first).

“I’ve got the experience now,” said Dimitrov, who will turn 27 in May. “I know what it is to be in both worlds – to be No 6 or No 40. The last year or two helped me a lot to learn and see what works for me: what kind of practices, what kind of fitness regime, what kind of food regime, what I need on and off the court.”

Dimitrov might seem to have it easy in life – all that flourish and style in his strokeplay, set off by the sultry looks that draw crowds of giggling ballkids. But being born at the start of the 1990s, in the shadow of the Big Four, is an unfortunate starting point for any would-be champion. 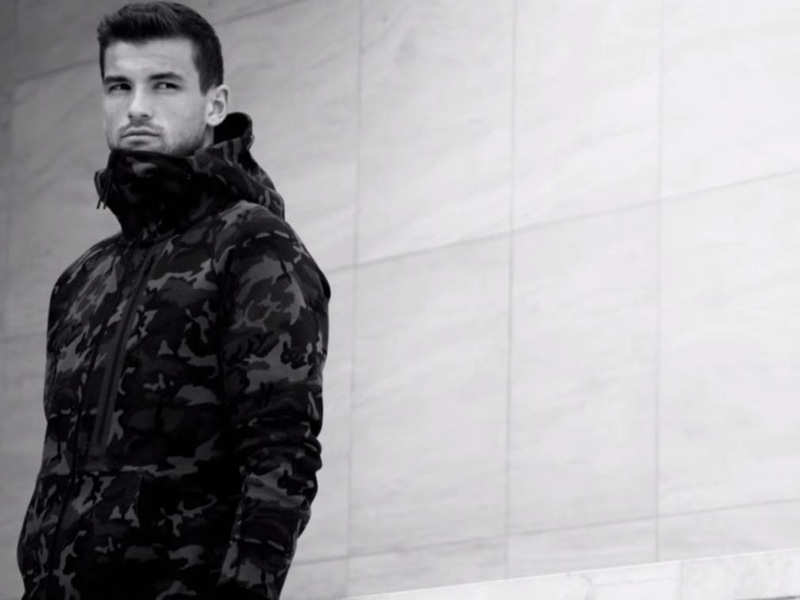 So how does Dimitrov feel about his public image, which sets him up as a wide boy and party animal? “The funny part is that I never felt that way,” he replies. “A lot of tabloids have been hunting me down since forever. Sometimes I feel like 'Am I the only player people are talking about?’

“I know from outside, it probably looks like 'Oh, there is Showtime,’” he adds, making a reference to the pointed nickname granted him by the American commentator Brad Gilbert. “But just because I like to enjoy certain things differently, doesn’t mean that I am that person. Either you have swagger or not, I get that. But, at the same time, you have to enjoy yourself a little bit outside tennis.”

Dimitrov will never be quite as understated and home-loving as Andy Murray. His Instagram account shows a couple of luxurious holidays at the end of last year –  one a safari trip to Africa and the other a visit to Richard Branson’s home on Necker Island in the Caribbean. But a shift in priorities can be detected in his decision to spend less time in Los Angeles, where he and Sharapova used to share a home until their break-up. Monte Carlo, his alternative base, might have a cachet of its own, but it is a quieter town, as well as one where a variety of tennis stars like to stash their income away from the taxman. 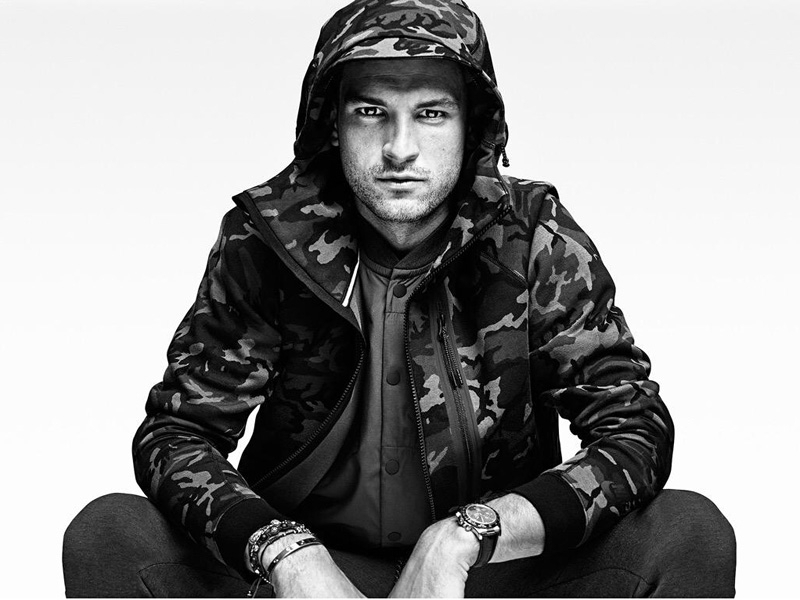 “I love being in Los Angeles, I like that city so much,” says Dimitrov. “But I think now, the way things are going for me, and the way that I’ve structured my team, my practice, my tennis, it requires me to be more in Monaco. “We did the off-season training block at the Monte Carlo Country Club. This year was unbelievable, there were so many players we almost had to share courts. Novak was there, Milos [Raonic], me, David Goffin.

“The stuff is basic: the squats, the upper body. You have to get the body ready for whatever is ahead. But since Australia last year, I have been spending a lot more time with Sébastien [Durand, his fitness trainer]. Last year we really pushed through. Even on the days that were supposed to be rest days, we just keep on working.”

Dimitrov’s support staff was augmented recently by the arrival of new coach Dani Vallverdu, formerly assistant coach to Murray. The unflappable Vallverdu, who had spent the previous 18 months working with Tomas Berdych, describes his latest post as “easy work, because Grigor’s a good boy – he just does what he’s told”. Together, they have been trying to address Dimitrov’s unfortunate habit of forgetting his game plan on big points. His groundstrokes might evoke Roger Federer’s poise and elegance. Thus far, though, he has failed to match the great man’s impeccable shot selection. 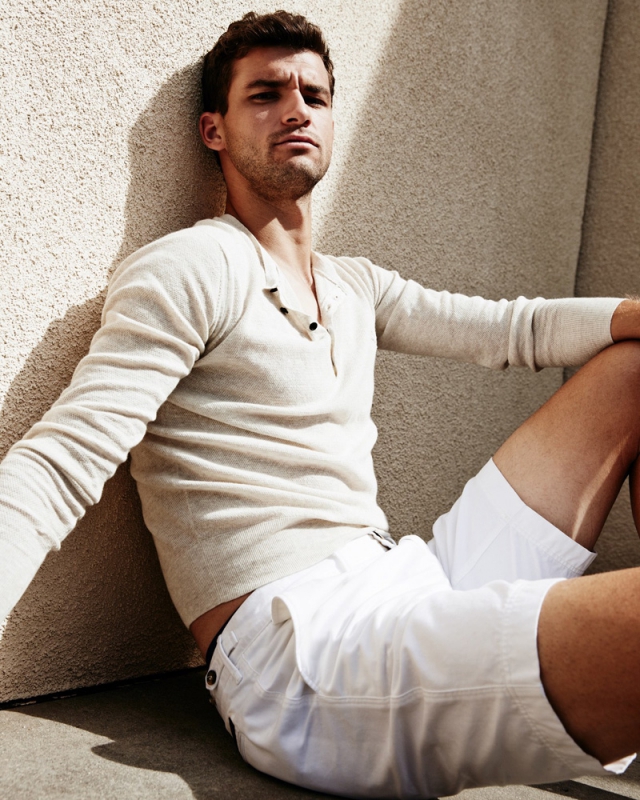 “It’s a blessing and a curse at the same time to have too many tools in your bag,” says Dimitrov. “But we’ve been practising to simplify the game as much as possible. I’ve said that before in previous years, but I was never able to sustain it for a long period of time. Now I think it’s going to be important to do that, and keep on with the same way of playing, even if lose a match 6-2, 6-2. In the long term, this will help me.”

Dimitrov’s other aides include Azdine Bousnana, the physio, and of course Durand, who used to look after Serena Williams’s training programme before switching horses. “Surrounding yourself with the right people and also having those people tell you the right things is super-important,” says Dimitrov. “I appreciate everyone who talks to me about stuff, who tells me it’s not normal what I’m doing, and that this is better to do for the tennis. And I feel that I am overall a better person, making decisions in those areas.

“I think Dani agrees with me. He is starting to be like 'OK, this is how we need to be thinking if you really want to be No 1 one day.’ Everything comes down to what my father used to tell me. If you’re disciplined enough, success will come.

“But that doesn’t mean that you have to stay in your room and watch TV. I like to go for walks, discover new places, do things that make me feel normal. When I was in Brisbane I was going to the arcades every night with Sébastien, playing some motorbikes and cars on the simulators, playing basketball, doing things you don’t get the chance to do often. It was all fresh to me, so that when I was going to bed, I was like 'That feels good’.

“It’s been a long process, but there’s no point for me to look back and overthink or over-analyse anything. I just try to focus on what’s ahead of me now.”

The ‘Big Four’ in tennis, Djokovic, Murray, Nadal, Federer, who have dominated major tournaments for years, are finally coming to a stage of their careers where they look beatable and certainly not as invincible as they once did previously. With age and injury taking their tolls on these Legends, the opportunity is there for someone from the emerging group to break through and claim some titles for themselves. Dimitrov certainly has the talent to do so and as our interview shows, it now appears that he has the mentality and the maturity.

The man with the rakish past is poised for a more responsible future.