the everyman of the beautiful game

Fellype Gabriel is one of a steady gathering of South American imports to the UAE Pro league. With just a month of so under his belt in in the Middle East region Life Beyond Sport asks the Brazilian what brings him to the Arabian Peninsula and finds that this footballer has been a journeying player for a good part of his career Ameachi Odiatu reports...
THE ARRIVAL
Sitting in the club reception we await the arrival of the latest addition to the arsenal of the ‘The King’, as Al Sharjah Football Club are known, a diminutive Latin player who has the presence of a professional marksman and no pretentions to the glamour of football. The twenty seven year old, Al Sharjah Football Club, attacking midfielder the player known as Fellpe has a job to do and he’s been drafted from some of the most chilling football venues anywhere on the planet. We snatched him away from the training room throng accompanied by a translator to talk football, life and yes - interior design. At just 27 years of age there is a maturity and simplicity about this Rio de Janeiro native that is belies his compact and sturdy frame. Sporting a dark Dolce and Gabbana t-shirt and denim jeans he sits quietly with colleagues and a team interpreter as we settle down. He’s only been in the United Arab Emirates for three weeks. ‘It’s cold in Brazil right now’,  he notes, and it’s a balmy night in the UAE as the floodlights tear though the night sky and blaze over night time training at Al Sharjah FC. 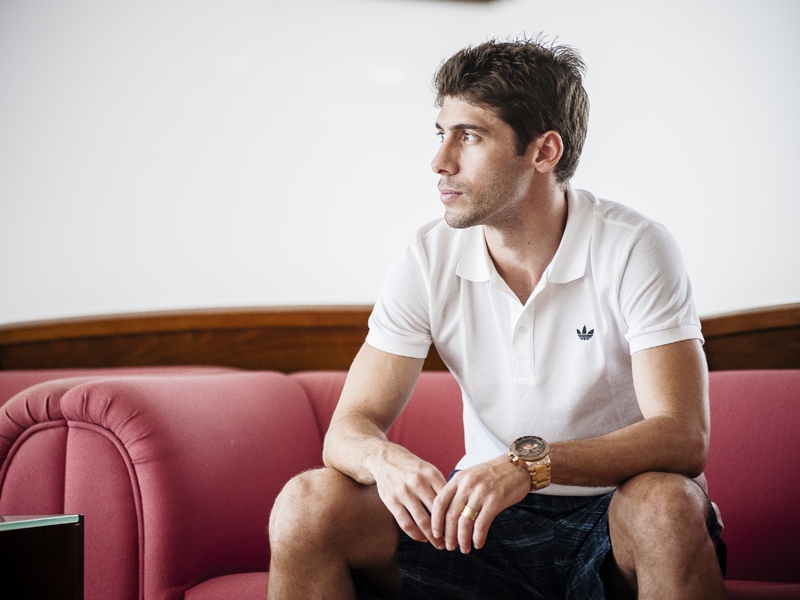 THE JOURNEYMAN
Gabriel Fellype’s only been in the United Arab Emirates for just under a month and he’s adjusting. He’s use to it. On route to the UAE he already touched down at a series of Portuguese, Brazilian and Japanese clubs.  He is very aware of the demands of the European and South American leagues. In 2005 he featured in Brazil’s under 20 team selection for the world youth FIFA championships in the Netherlands.  Eight years later this journeyman is sitting in the foyer of one of the region’s most celebrated clubs. Well wishers, fans, colleagues peer in as they pass by but he is focused and seldom moves his eyes from our immediate discussion, bar only the customary greeting from passers-by, well wishers, fans and eager voyeurs.

Huddled in the corner of a busy thoroughfare at Al Sharjah FC it’s a regular evening as the squad gather for training. There is an anticipatory buzz in the air. Tradesmen and club personnel shuttle around the halls and corridors of this record setting club. The club is preparing for the arrival of a Federation of International Football Association (FIFA) delegation. The club be hosting a FIFA youth competition shortly. Fellype is a far from home but you wouldn’t know it. He’s relaxed, calm and focused as smartphone cameras take aim, focus and shoot, capturing the player’s image and moving off. Sitting with a Portuguese speaking translator LAF find an athlete, family man and well journeyed player whose played under the Brazilian maestro Zico and at footballing household clubs like Flamengo at nine years of age. At Botofugo FC in the bowels of the famous Rio neighbourhood he calls home.  He developed his skills at the legendary club where life, honour and results for South American club side are pressures of the Brazilian beautiful game. Felipe is no stranger to pressure and intrusion – intended or otherwise – as well wishers, on lookers and fans peer in on our exchange. 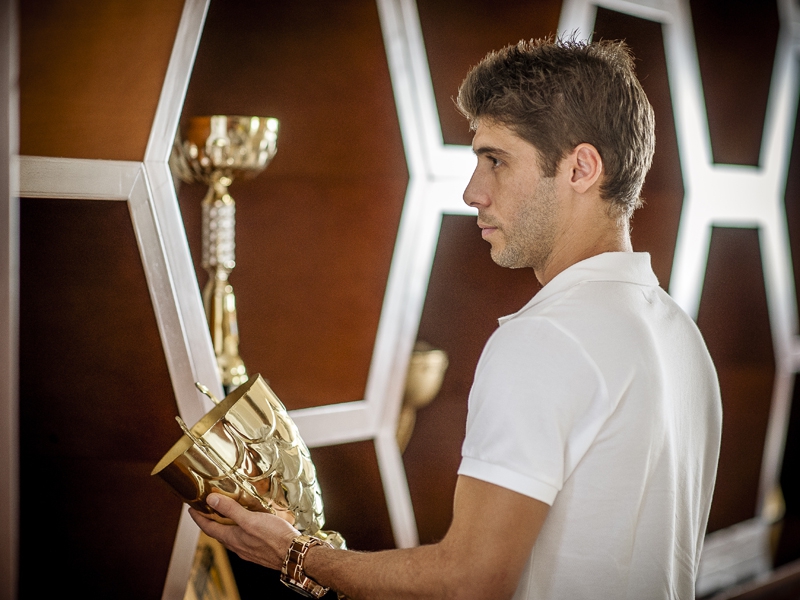 The Rio de Janairo native is now part of Sharjah’s bid for the premier position it once held as the most successful UAE club in the history of the country’s competitive football. A position it now shares with Al Ain club in 2013. Fellype’s temperament is balanced and relaxed as he speaks about comparisons between the Brazilian and UAE game. He notes that while the Brazilian game is technical and moving towards models in the European game, he insists, ‘the game demands a lot of the players in terms of number of games you play per season and it is usual to go almost three weeks or more without seeing family because of games and the size of the country when flying to and from games. We play up to 70 games per season in Brazil and the game is very demanding’. The Brazilian game is no doubt amongst best footballing experiences in the world for spectators and taxing for players. ‘On the inside though these demands at the end of the season leave you very tired’, he adds. No more than at this time of year in the Ramadan you can see the impact and insistence of players whose schedules are already marked out by training drills, pre-match commitments clashing with family life and needs. 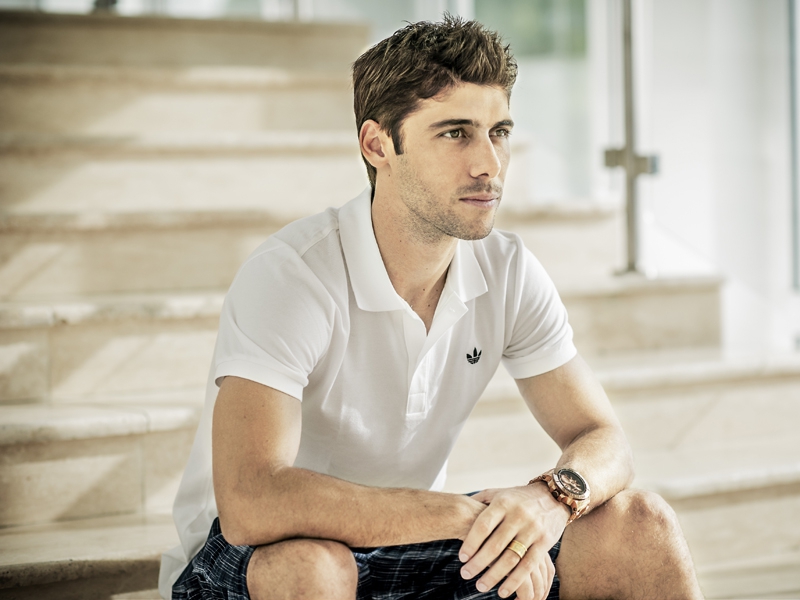 FAMILY LIFE AND CHALLENGES
‘My family for me provide me with much needed energy and the ability to return to the field with all the challenges of the professional game’. Fellype who has a son and a daughter insists that while football has been very good to him he would not drive his son into the game. ‘My boy shows strong interest and passion for the game, I am told he can play but I will not push him into football,’ smiling disarmingly. There are so many options these days that there is no need for this kind of influence, he reasons. 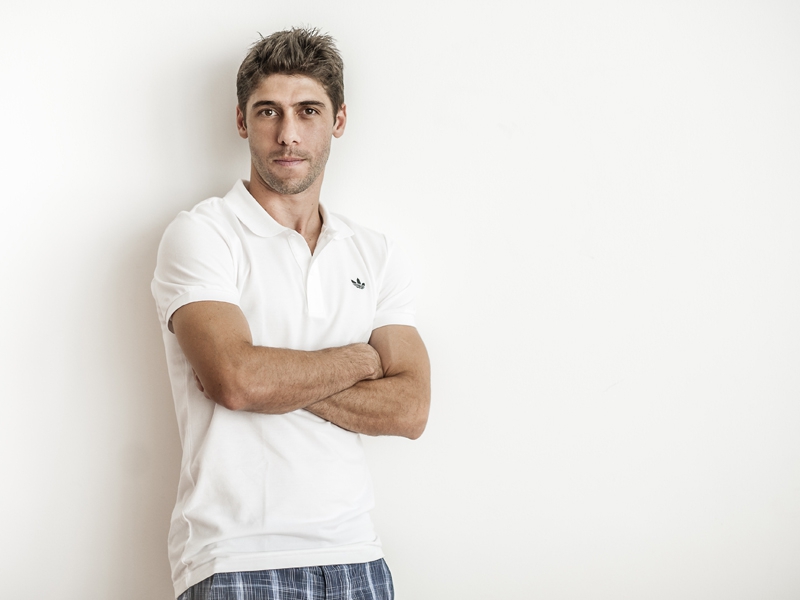 As Brazil 2014 advances and some sectors of the national community make clear statements about how they felt recently by demonstrating and taking direct action on the major city streets. Gabriel’s believes that those sentiments captured were not largely those of the majority of people but the influence of politics and politicians in the country trying to make a point. ‘People love football in Brazil. It is just an opportunity for politicians to take advantage of an ongoing situation in the country. Brazil will be ready for the 2014 World Cup. We play football that is what we do,’ he confides. A cerebral man with sporting talent away from the crowds he has a love for architecture and interior design pursuits in his home in the Brazil, just twenty minutes from Copacabana Beach and the world famous Christ the redeemer landmark. When not playing football he likes to relax by looking at architecture and constantly creating in his home through design. He insists unusual amongst Brazilian players as they need a way of escape from the constant demands of the game. Simply and casually dressed denim and regulation cotton round-neck t-shirt he’s poised to go work and complete his training session with his teammates and physiotherapist awaiting his return. He disappears into the club gym and into a rigorous program of weights and aerobic exercises that he’ll need to prepare him for that samba he’ll carry out in 2014 with Brazil in 2014 when the country stages the World Cup.

Q: What is your favourite car?
A: Porsche Cayenne

Q: What is your favourite clothing brand?
A: Dolce and Gabbana

Q: What is your favourite dish and home and away?
A: Brazilian Kebab and Mandi dishes

Q: What do you do for relaxation?
A: Likes to visit museums and look at architectural and interior design for making renovations to his home.