A story of fun-loving flair

Three Racing players took part in the very first international rugby match in France, against New Zealand in 1906. In 1987 Eden Park’s founder Franck Mesnel himself played at the very first Rugby World Cup Final against the All Blacks at the Eden Park Stadium in Auckland, New Zealand, after also playing his first two selections against the All Blacks in France.
On 11 January 1987 when Racing took on Bayonne in the heart of the Basque country, the players walked onto the field wearing the region’s traditional basque berets in honour of the great full-backs of the past who hailed from Bayonne.

For the Championship quarter-finals on 19 April 1987 against Brive at Clermont-Ferrand, the Racing players – led by Franck Mesnel – emerged from the locker room wearing blazers and bowties. The following week, at the semi-final in Bordeaux, the Showbizz team put aside their usual rugby shorts and instead attacked the powerful Toulouse club wearing – wait for it – flowing Harem pants. 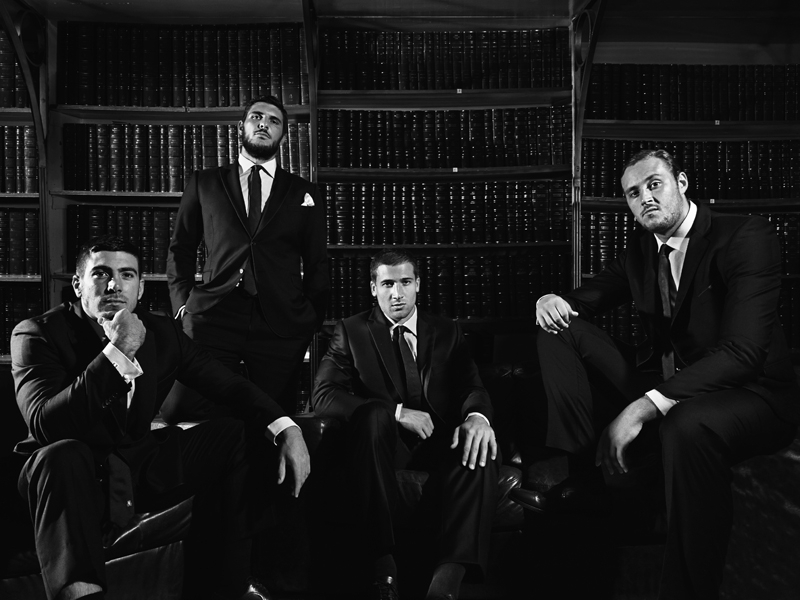 The lads hit upon the bowtie during a dinner, when they were trying to think of a fitting accessory to represent the spirit of their team. Pink was already their trademark colour (with the Pink Panther for team mascot), so they had to find a festive and classy emblem to symbolise the exceptional evening. Someone came up with the idea of wearing a bowtie with a tuxedo. The team loved it, and said it should be pink for the added fun factor – a perfect illustration of the squad’s Parisian cheekiness.

A week later, true to their decision, the Showbizz lads played in the grand final against Toulon sporting their distinctive pink bowties. 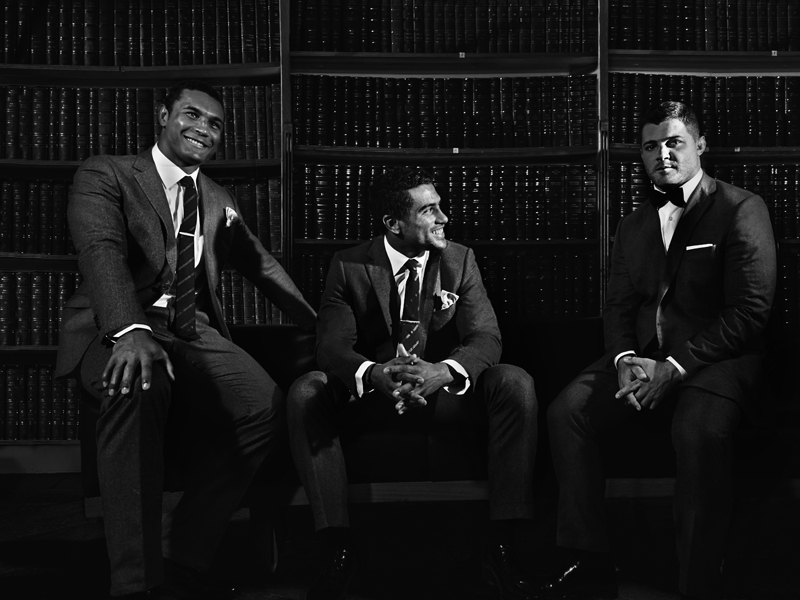 The next season, Jean-Baptiste Lafond gave another typical example of the Showbizz spirit. During a key match against Toulouse on 10 April 1988, the Racing squad painted their faces and limbs with black make-up to celebrate the birthday of Racing’s African player, Vincent “Momo” Lelano. In February 1989 during a match against Béziers, the inimitable Lafond – on his own, this time – played the match wearing a false bald head, in friendly mockery of his opponent Didier Cambérabéro who had recently been fitted with a hairpiece.

One week later, on the Racing pitch at Colombes, all the backs in the squad decided to celebrate the bicentenary of the French Revolution in their own way. For their match against Le Boucau, they arrived on the pitch wearing long striped shorts in the revolutionary colours of blue, white and red, and sporting Phrygian caps, the headgear that symbolises the French Revolution. In May 1990 Franck Mesnel, Eric Blanc and their merry men again managed to haul the team up to the finals of the French Championships, this time against Agen. Once more, they appeared on the pitch in their impeccable pink bowties. Jean-Baptiste Lafond even brought a spare one, which he ceremoniously handed to President François Mitterrand during the traditional pre-match presentations.

The Racing squad also raised a few eyebrows during the match with a slight deviation from protocol regarding the refreshments normally served at half-time. Insted of the usual slice of orange and glass of water, the players drank champagne served in crystal flutes. Fortunately, the bubbles had the desired effect and the Racing team emerged victorious from this hotly contested final, beating Agen 22-12 and bringing the Brennus Shield back to Paris for the first time since 1959. The following year, as champions of France in name, but having been knocked out in the semi-finals, the Racing squad showed they hadn’t lost their sense of humour. About to play Béziers for third place, they arrived at Jean Bouin Stadium by bicycle, sporting berets, and did two laps around the athletics track saluting spectators.Throughout those years, the Showbizz players consistently attached great importance to French elegance, even on the field – they turned up their collars, always kept their socks pulled up high, sometimes lengthened their shorts, looked after their shoes and jazzed them up with white laces. This attitude was part and parcel of the stringent standards they insisted on upholding, both in sport and in their appearance.

Elegance was part of the game plan!

Eden Park in Kuwait: The Avenues Mall and The Al Hamra Luxury Mall